John Holt is not dead 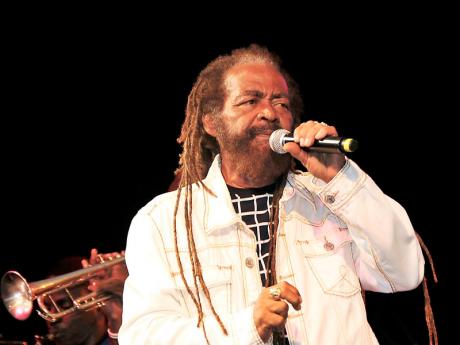 Ever since reggae singer John Holt collapsed on stage at the One Love Concert in England last month, many have been questioning the singer's road to recovery and, over the weekend, his fans were left in shock when rumours surfaced that the singer had died.

Social media was abuzz when posts regarding the singer's passing began appearing online, many fans offering condolences to the family of the singer. However, those closest to Holt have sought to dispel those rumours, stating that the Stick by Me singer is set to make a full recovery soon.

In an interview with The Gleaner, Holt's road manager, Teddy Davis, said he was surprised at how quickly the news spread. "I received about 25 calls in one day from people asking if John was dead and I had to be asking where they were getting this information from because it was news to me," he said. "I had to call England just to confirm that nothing happened and that the news was, indeed, false." He went on to say that Holt had an operation last month following his collapse on stage and said that the artiste is currently in London recovering. "He is 100 per cent fine. He had his operation and is now at home recovering."

Davis said the rumours left him with a feeling of disappointment and said that the news probably surfaced as a case of mistaken identity. "I realise that people don't know their vintage singers really well, so they might have just mistaken him for Hopeton Lewis and that is unfortunate." Hopeton Lewis died last week in Brooklyn, New York.

The Gleaner also spoke to Frankie Campbell, chairman of the Jamaica Association of Vintage Artistes and Affiliates, who said people should be weary of what they see on social media. "It's crazy how quickly news gets around and often times, the stories aren't true," he said. He also had a warning for social media users. "Before you go about spreading something you see online, do some checks to see if it is actually true, because when word gets around to the people involved, it can be very traumatic to deal with."

John Kenneth Holt came to prominence as lead singer of the group The Paragons before leaving to focus on his solo career in the 1970s. His song Stick by Me, was perhaps Holt's biggest success, and in 1972, it went on to become the biggest selling Jamaican record for that year.