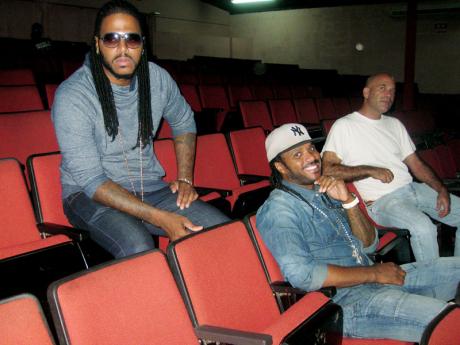 Based on the overwhelming demand for Ching Pow - Far East Yardies, Twin of Twins is promising that there will be a second Kingston run for the movie.

Despite a full house for most of these nights, Twin of Twins' Patrick Gaynor says there are many persons who are yet to see the movie.

"It's been great, overwhelming. We have gotten great responses. Everybody really loves it. Twins are known to be different and entertaining in a different way," he told The Gleaner.

"The way the response is overwhelming, we will be back in Kingston. People had to be turned back on various nights because there were no more seats, and in some cases, people had to be standing," he said, adding that the Theatre Place can only accommodate 350 persons for each showing.

Meanwhile, Gaynor said they were now in negotiations with a couple venues for the second run of Ching Pow - Far East Yardies in Kingston, but other parishes, including Westmoreland, St James, St Ann, and Clarendon, would also get a taste of the movie. He said persons in St James and Westmoreland should be able to see the movie by October.

But at no point did Gaynor expect this kind of response to the movie, which is a martial-arts film with Twin of Twins replacing the dialogue with their own.

"When I create, I don't think about what is gonna be good. I just do it and the outcome is up to the people," he said.

Having had issues with their material being bootlegged on previous occasions, Gaynor says he is happy that Ching Pow - Far East Yardies has not suffered the same fate. He says that is part of the reason why they are trying to control the content and where it is shown.

"You have to keep it tight. You don't want it to get out there with bootleg. Mi surprised [that it hasn't been bootlegged], but at the same time, we are happy. It nuh happen yet, so we a try keep it secure for as long as we can," Gaynor said.

Luckily, he says there has been some level of corporate support for one of their projects this time around, in the form of Slam Condoms.

"Slam stepped up and helped. Kudos to Slam. It is not that we don't want to work with corporate people, we want our work to be authentic. We don't buy into this generic thing. It has to be mutually benefiting," Gaynor told The Gleaner, noting that they have been in discussions with other corporate entities.

While the movie continues to gain support, Gaynor says Twin of Twins is still releasing songs, Wah Gwaan and Teef being the most recent.

Gaynor says he has also done a solo poem for his mother that will be released soon, and Twin of Twins will be going on a tour of Europe from November 17 to December 6.