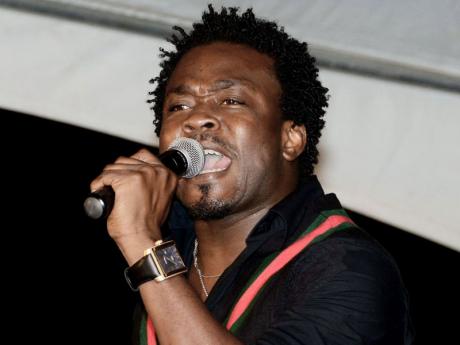 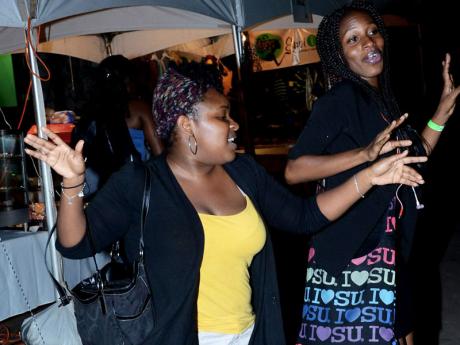 Members of the audience having a good time.
1
2

Growth is oftentimes expected when an event is staged annually; however, this is something that is not always achieved. Nevertheless, it can be safely said that the recently staged Gungo Walk World Alternative Music and Arts Festival is one that has experienced growth.

The event, which is in its third year, has grown based on several indicators. The audience was bigger, and the production and entertainment value increased.

Gungo Walk, which marries different disciplines of art, showcased singers and dub poets at its last staging, and was hosted at the usual Edna Manley College of the Visual and Performing Arts venue.

Several established and up-and-coming per-formers graced the stage, many chanting 'long live reggae music', as the majority of acts leaned closer to reggae. There were also performances from classical singers and instrumentalists, as well as versatile performers like Michael Sean Harris, who appears to have studied several genres of music.

Gospel/reggae artiste Prodi was in his element and he delivered a strong set comprised of groovy reggae songs. He also paid homage to Bob Marley and encouraged Jamaicans to support reggae music, pointing out that the genre is more respected in foreign countries than in Jamaica.

St Vincent duo, Darron Andrews and Reajhaun Baptise, flew in with their instruments and gave patrons an entertaining and engaging display of skills, energy and charisma, and female patrons screamed in response to their display. The organisers also utilised two stages in order to eliminate the lengthy band changes, which worked effectively, allowing the programme to run smoothly for the majority of the event.

Several cabanas were also erected inside the venue, where vendors sold T-shirts, books and accessories. Some of the entrepreneurs who turned up with products included Fola Kreations, i-Nation, Envi Designs, I Tagz, and Debbie's Crochet.

There were also performances from A-Game and Chevaughn, both former lead singers of popular reggae bands who have now embarked on solo careers.

Co-founder for the event, Michael Holgate, says the growing support for the festival shows that persons are recognising its value. "It has been a good but rocky journey, but we are getting somewhere, because people are realising the worth of the festival outside of it just being a place where people have music.

"It brings a lot of things together. Jamaica is known as the place for reggae music and dancehall. But this festival is saying, 'Hey, we are more than that, because we showcase everything that our artistes have to offer ... . We focus on alternative, rock ... and people like Tessanne who Jamaicans knew before 'The Voice'. We are allowing people to express themselves."

"This year, we have also done theatre, dance workshops, healing village, yoga and kiddies' village. So it's an all-in-one experience and, hopefully, we can expand and take it into two days," he added.

Holgate also hopes more sponsors will join the Gungo Walk World Alternative Music and Arts Festival for the next staging, to make the affair even bigger.

"This is the strongest it has been thus far and it is becoming stronger, and we did this without any big-name sponsors. We have a host of volunteers who believe this is something worth sharing, and we always hope the audience thinks it is something worth attending and come out. We just want some support in any which way, shape or form," he said.