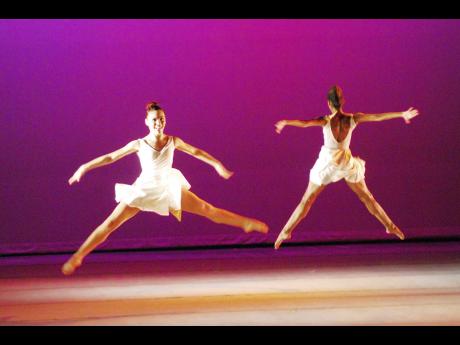 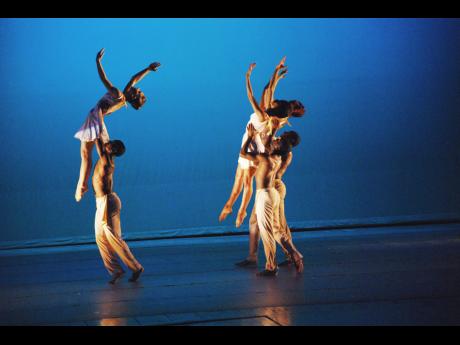 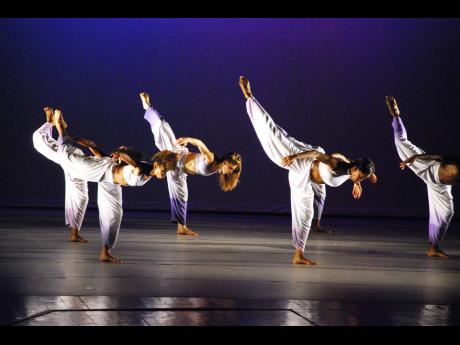 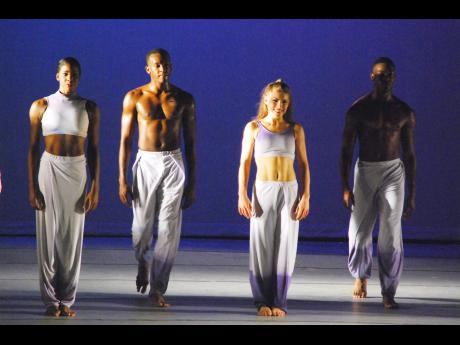 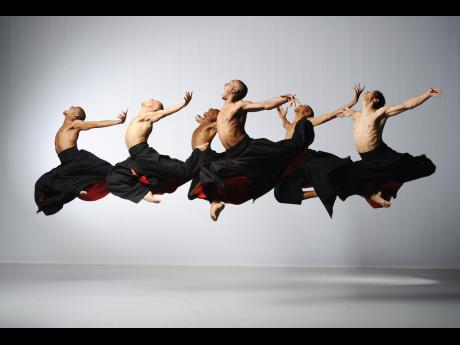 atrons were treated to an ?evening of spirit and energy? by The Next Generation of Dance, Ailey II, at last Saturday?s gala performance held in celebration of the Wolmer?s Trust Schools 285th anniversary. From the opening dance to the closing act, the four-dance-show was a montage of highly imaginative choreography, a showpiece of techniques and creative use of lights.

After cocktail ended, the audience drifted to the interior of the Little Theatre. The customary opening rituals out of the way, and the red velvet curtains opened, heralding the commencement of a spiritual journey. It started with Jennifer Archibald?s 2013 choreographed Wings.

According to Troy Powell, the artistic director for the company, Wings was chosen for its international message of spirituality. ?Wings has a story. It is spiritual, a lot of bondage going on at the very beginning and I think the choreographer wants them (the dancers) to think about the four walls they were trapped in, and in trying to escape those walls by going to heaven or by reaching up to God, that higher being.?

The highly spiritual piece saw the dancers staggered in pairs and fours, while exploring various levels and displaying amazing body extensions, as they moved effortlessly across the length and width of the stage. But the tapestry of entrances and exits were not intoxicating enough. For the ending, Archibald had the full company of 12 dancers performing ordinary actions of writing, pointing and clapping, while gradually moving into a magnificent tableau, matched only by the Jermaine Terry-supportive costumes of white and the Michael Wall-composed music.

?All the pieces that we do are chosen based on what we think the audiences would like,? Powell said.

In Jessica Lang?s choreographed, excerpt of her 2006 Splendid Isolation, The Calling, the company surely got it right. Not only did the dance continue the theme of spirituality (in this case a spiritual being calling the character), but was an illustration of a stroke of genius. And the choreographer?s creativity was justly interpreted and executed by Aubree Brown.

Placed centre stage, wearing a wide-open white dress, conceptualised by the choreographer, the dance was a demonstration of remarkable techniques and majestic grace. Standing in her opening spot, Brown?s reach and twirl were a picture of perpetual motion. Also, in trying to respond to the calling, the change in shape of the trapped-dress with each twist and turn, is memory worth storing.

The flip side to spirituality was the Robert Battie-choreographed, The Hunt. Performed by the six male dancers, wearing long black skirts with red underlining, the high-energy dance, seemingly influenced by the martial arts, was fierce and passionate. It tells the story of hunters hunting, being hunted, killed, and eventually being victorious.

The evening?s fine and gripping show ended fittingly with Amy Hall Garner?s choreography, Virtues. The celebratory piece, saw the company of dancers giving thanks, once again done in well defined movements. It was choreographed to Karl Jenkins? music, with some element of Latin beats.

Wolmerian Clive Thompson, who danced with the parent company, Alvin Ailey Dance Company, for 17 years, will be inducted in the schools? hall of fame, chairman of the school?s board, Pauline Findlay, informed the audience. She also thought the dancers were fabulous, describing them as, ?great incredible dancers and great technicians.?

Milton Samuda, chairman of the Wolmer?s Trust, said it did not take any arm twisting to get the group to perform in Jamaica after a 30-year span. Instead, he gave full credit to Conrad Graham of Trafalgar Travel for getting the company to Jamaica.