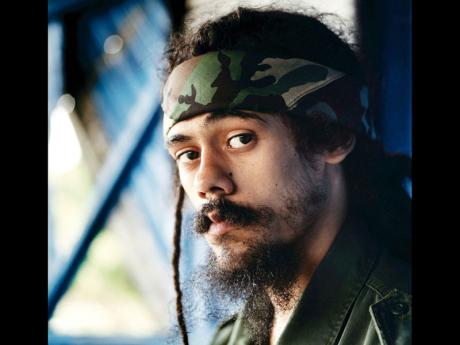 After the Grammy Award-winning artiste's Set Up Shop compilation, Damian 'Jr Gong' Marley is now putting in Hard Work, according to his latest single which has been receiving tremendous reviews since its debut. The single is released from the Ghetto Youths International's Set Up Shop Vol. 2 compilation scheduled to drop this fall.

The lyrical genius goes into business mode as the Hard Work single speaks to the necessary work needed in generating income. The wit-laden piece reflects a plethora of metaphors and similes as Marley shows the progression from setting up shop to achieving the goal through hard work.

Damian Marley has also teamed up with Norwegian Cruise Lines for his first annual Welcome To Jamrock Reggae Cruise. The five-day voyage sets sail on Monday, October 20 from Miami, Florida, with scheduled stops in Montego Bay and Ocho Rios, Jamaica, before its return on Saturday, October 25.

The live shows will be complemented by a number of parties featuring Jamaica's finest selectors on the wheels of steel, including Stone Love and Renaissance, as well as the United Kingdom's David Rodigan and Japan's Mighty Crown sound system.

The Welcome To Jamrock Cruise boasts a dynamic and colourful display of reggae music to be portrayed in the artistes' own unique styles and interpretations, ranging from hardcore to soulful ballads and fusions of electronic dance music.

The Affairs of the Heart singer is set to entertain with his newest single, Hard Work, along with hits from his massive and eclectic catalogue, ranging from his first Album, Mr. Marley (released in 1996), to his latest project, Set Up Shop Vol. 2 compilation from his Ghetto Youths International label.