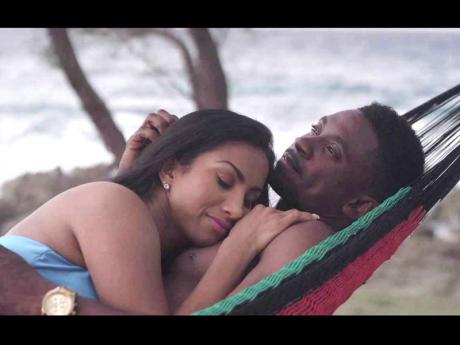 A breath of fresh air! That's the phrase that best describes Jeremy Whittaker's breakout film, Destiny. The film which opened in theatres islandwide on Wednesday features a host of local talent, and boasts a storyline many Jamaicans and film lovers worldwide will be grateful for.

OUT OF THE BOX

A break from the usual gangster-themed films usually associated with the island, Destiny will captivate its audience from start to finish, as the almost two-hour flick highlights issues many individuals struggle with throughout their lifetime. The film chronicles the story of Lisa Pullen, played by lead actress Karian Sang, as she journeys to find herself following the death of her parents and a tumultuous break-up with her boyfriend Michael.

A letter regarding the sale of land owned by her father in Jamaica leads Lisa to travel to the island. However, upon arrival, Lisa finds out that her trip would be about more than just selling the land she has acquired through inheritance. Based on their reactions, movie goers who turned up for the 5:30 p.m. showing at the Carib Theatre in Cross Roads on opening night left feeling satisfied. Matters of the heart, rocky family relationships and infidelity all played a role in bringing the story to life. As the plot thickened, throwing them off track many times, the audience could not help but liken the film to some of Hollywood's most popular daytime soap operas, an experience that thrust them into a whirlwind of emotions. They watched with disbelief as secrets were revealed to unravel truth, allowing them to experience every emotions the characters themselves experienced.

Everything from the film's picture quality, to the actors used by Whittaker, will have audiences glued to their seats. Shot on location in Canada and Jamaica, the film highlights Jamaica as an ideal filming location. The beauty of the country's physical landscape was duly highlighted, with some beautiful aerial shots that solicited oohs and aahs from the viewers. And if the cinematography didn't prove that, Whittaker was knowledgeable of what works for film and what doesn't, as his decision to use some of the most talented and popular Jamaicans to bring to life his on-screen characters worked very well. Everyone from lead actor Christopher Martin, to comedian Ian 'Ity' Ellis and female entertainer Spice, put in believable performances, so much so, that at times, one forgot that many of them were making their big-screen debuts.

Without letting the cat out of the bag, Destiny is one of those must-see films. No violence, no bloodshed, just clean, fun, wholesome entertainment.