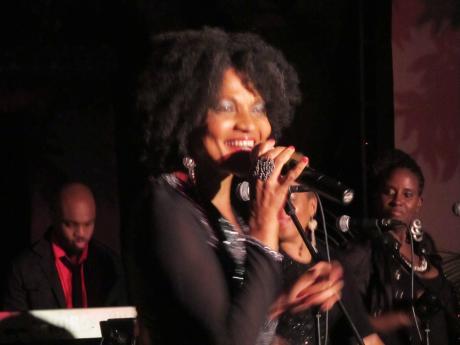 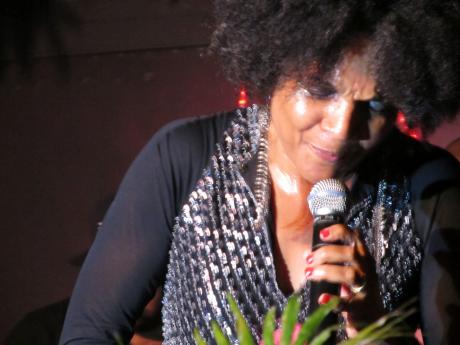 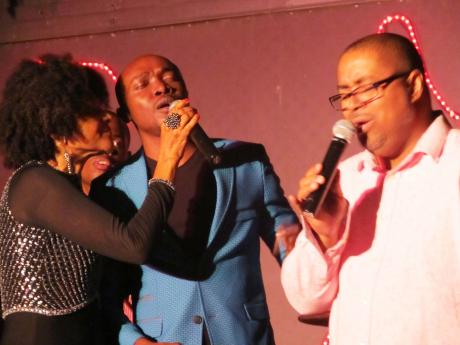 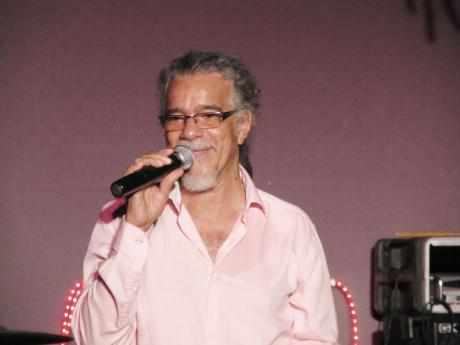 last Thursday as Carlene Davis first introduced her new CD, Dripping Blood, to the wide cross section of invited guests and then completed the evening with a concert.

With cocktails out of the way, the event's MC Tony Young got the creatively arranged and presented programme going with a welcome and jab at the chikungunya virus. And after a heartfelt prayer from the Reverend Peter Garth, the first set of songs from the CD was introduced by different speakers.

Tommy Cowan was the first of the speakers. He introduced track number 13, Thank You Mr Mandela, written as a tribute to Nelson Mandela, the late South African President who passed few days before the song was released. He provided insightful background information on the process of creating the song. Subsequently a DVD, with snippets of Mandela's life from prison to president alternating with images of Davis singing, was shown.

However, it was in giving the vote of thanks at the end of the official launch that Cowan received the loudest applause from the dignitaries, artistes and well-wishers in attendance.

Cowan said he was deeply moved by a photograph he had seen of nine-year-old Liberian Mercy Kennedy. He proceeded to paint a picture of the circumstances under which the photograph was taken, as well as the story of the orphaned girl.

In light of Kennedy's plight, Cowan announced that a decision has been made to donate proceeds from sales of Dripping Blood to fight against the Ebola disease in Liberia. This will be done through the charity organisation Samaritan's Purse, which already has personnel in Liberia.

"It is heavy. We pray that this disease does not come to Jamaica, but we also pray that this disease will spread no more in Africa. For many years that I have been with Bob Marley and Dennis Brown and many other artistes, we preach and talk about repatriation, we gonna go back to Africa, and now people are saying they don't want to go to Africa. I think it is time we show compassion and reach out to these people." Cowan said.

Carlos Hill, representing Robert Levy of Best Dressed Chicken, shared why the album's 15th track 10,000 Reasons, is Levy's favourite. His remarks were followed with a dance to the song, performed by a solo dancer.

Minister of State in the Ministry of Tourism and Entertainment, Damion Crawford, was the guest speaker. He spoke after the unveiling of the album's cover by Davis and Minister of Youth and Culture Lisa Hanna.

Crawford believes that entertainment is one of the industries that can carry Jamaica forward. "However, any industry that is to move Jamaica forward must have diversity," he said. "So while we have dancehall and reggae acts we also celebrate our gospel artistes and any other type of music," Crawford said.

Davis took to the stage and not only gave the audience members a taste of more songs on the CD, but also took them to church. She commenced her ministering with Dripping Blood's first track, Anthem, and followed with track three, Divine Authority, before singing the title track. The

slower paced song was written by Cowan after a spiritual experience, Davis told those who attended the launch.

She closed with what she described as the party song, King of Kings.

A concert followed the album launch, with Davis performing songs from her previous full-length projects as well as the new set, Dripping Blood.