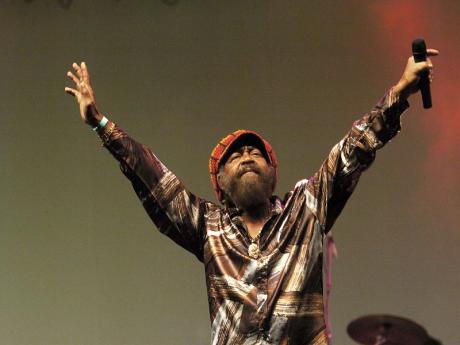 Holt to be buried at Dovecot November 8

The family of the late reggae singer, John Holt, has confirmed that the singer will be laid to rest in Jamaica on November 8.

While the family has still not decided on an official place where the funeral service will be held, his nephew, Tex Gallimore, confirmed the official burial site.

Since Holt's death on Monday, talks of the singer being buried at the National Heroes Park have been widely circulating via the Internet; however, the singer's nephew sought to set the records straight. "While I do believe he deserves to be buried in Heroes Park, that will not be the case. He will be buried at Dovecot," his nephew told The Sunday Gleaner. He also said that the body of the iconic singer is expected to arrive in the island in another week and a half.

Many have also been speculating about the cause of Holt's death, and now those speculations can be laid to rest, as Gallimore confirmed that the singer died of cancer. Gallimore, who also acted as Holt's road manager in the United Kingdom, said that family members would also be arriving in the island in the coming weeks to finalise funeral plans, and revealed that they were trying to cope with his passing the best way they could.

Born in Greenwich Town in 1945, Holt died on Monday, October 20 at the Wellington Hospital, St John's Wood, London. He was 69. The Stick By Me singer has left a massive catalogue of hit songs, including Stealing Stealing, Ali Baba, The Tide Is High and If I Were A Carpenter, some of which were done as part of the group The Paragons. Holt is survived by his widow Merl, three sisters, three brothers and 23 children.