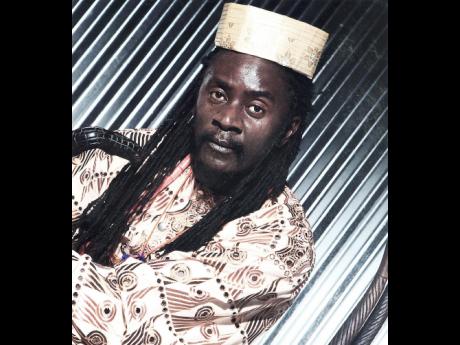 In the 10th year of Reggae Culture Salute, Sharon Gordon is promising a musical treat for her patrons when the event is held in Brooklyn, New York,

For this staging, Gordon, who is the founder of Coalition to Preserve Reggae Music (hosts for the event), says the headliners

are Marcia Griffiths, who will receive the Pinnacle Award for Excellence, and reggae

"Just the quality of the music, folks are in for a treat. It is a

harmonious coming together of artistes and sounds. Musically,

it is a balanced harmonious delivery of reggae music that people will get on November 3," she told The Sunday Gleaner, noting that the event will be streamed live on pay-per-view.

Other performers on the show, which is a majestic tribute that commemorates the anniversary of the coronation of His Imperial Majesty, Emperor Haile Selassie I of Ethiopia and Empress Mennen, are Gary Pine, Tasha T, Simone G, Don Minott, Turban X, Ras Osagyefo and Da Real Storm.

In the past, the Pinnacle Award has been given to Luciano, Freddie McGregor, Big Youth, Ernie Smith and Mighty Diamonds. Gordon said she is especially excited that Marcia Griffiths will be getting the award in the year the singer also celebrates 50 years in music.

"We are excited that after 50 years of doing what she does best, we are able to honour her. It is just humbling to us that

she would be here while we are celebrating our 10th year and she is also celebrating 50 years. It was just giddiness to hear that Marcia Griffiths was coming to perform," she said.

Gordon noted that all of

the performers will be paying tribute to Griffiths, but not

necessarily in the form of songs.

In addition to the perfor-mances, she said there will be drumming, light show and the showing of a documentary by Rastafari TV that will also be launching their organisation at the show.

But the success that Gordon now boasts about for the event would not be possible without the support of the community, she said.

"It has become community focused in that people in the community know about the event. Reggae Culture Salute is the only event of its kind that has been going on for 10 consecutive years. It is a full family concert that people look forward to. People have become expectant of a certain level of performance and production," Gordon said.

So involved is the community, that Gordon says she is often asked for fliers to put on vans and in restaurants.

This, she says, lessens the amount of radio and TV promotion that she needs to do.

Gordon added that they have also been collaborating with organisations like Union of Jamaican Alumni Associations (UJAA), Jamaicans Abroad Helping Jamaicans At Home (JAHJAH Foundation) and Diaspora African Rastafari Congress (DARC Foundation) that have all been providing much support.

And when the event is finally staged at Nazareth High School in Brooklyn next week, Gordon says she expects it to go well.

"I think this staging is going to be the best ever. I am very confident about it and I think Marcia Griffiths and Everton Blender have added a certain dimension to the show, the sweetness factor," she told The Sunday Gleaner.