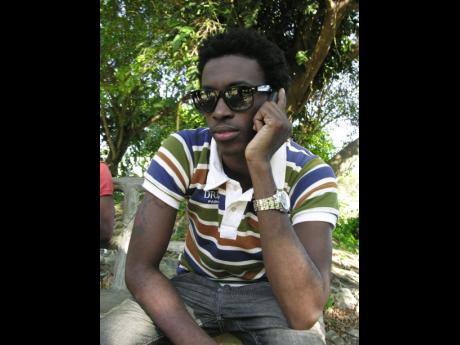 Fashion designer turned author Richie Drenz has already published three novels, the first of which won him the Book Industry Association of Jamaica's (BIAJ) award for Most Creative Author in 2013.

Although Drenz went on to become a national best-selling author, there were still many who doubted his talent and believed Drenz could only write on relationships and sex. Determined to prove the naysayers wrong, Drenz began working on a new book. While not avoiding the topic of romance, Drenz sought to silence all doubters.

Titled The Jamaican Ninja Bert, the novel, which had its official online release a few weeks ago, chronicles the tale of a mad psychiatrist, Dr Bert Kemp, and his wife Marjorie. Dr Kemp is seemingly driven into insanity after Prime Minister the Most Honourable Portia Simpson Miller announced a new tax package for citizens.

Upset about the Prime Minister's decision, Bert becomes determined to commit treason and get rid of the nation's leader. Marjorie watches while her husband's mental state weakens, hoping she has the strength to stick by him during the difficult times. However, as his condition worsens, Marjorie faces some serious loss, as she is treated as an outcast by friends and family.

Although the characters face serious issues, the manner in which they handle the situations exudes humour, as the author pointed out in a recent interview with The Gleaner. "The things they go through and how they go through it will leave you in stitches," he said. "It is just a good break from the topics I usually explore and I think

readers will appreciate that."

Drenz said while he doesn't concentrate on negativity, he felt the need to show that his achievements didn't come by just luck. "I wanted to do something different, not because

people were saying I could only write about sex, but because I knew I could do more," he said. "I know that when they read this book, they will see that it wasn't just buck-ups. I'm actually

pretty good at this."

The book is the first of a three-part series to be released by the author and has been made available on all online and digital platforms. The physical version of The Jamaican Ninja Bert is expected to be released by Christmas, with parts two and three to debut online shortly after.