Seh Sup'm returns from the cold 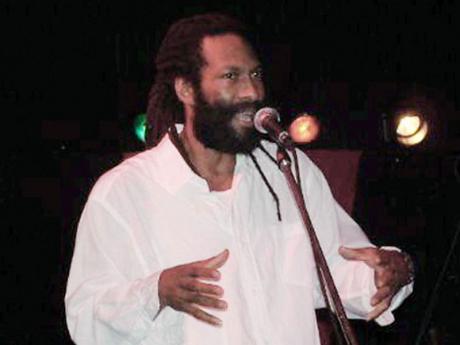 Dubbed 'Seh Sup'm Poetry and Live Music - Returning from the Cold', the October rendition promised to bring some top acts back from a brief poetic break, to deliver some good entertainment last Saturday.

Perhaps the competition between entertainment events on the month-end weekend contributed to the weak turnout at Seh Sup'm, but nevertheless, the show went on as scheduled.

Held at its usual home on the grounds of the Redbones Blues Café, the event got off to a late start. This might have aggravated some patrons who turned out early had it not been for the musical selections from the night's DJ Iset Sankofa.

Ensuring that the audience remained occupied until the show got started, the DJ kept bad tempers at bay with some smooth instrumentals, before kicking things up a notch with some energetic African music. The infectious beat of the drums were enough to get the small audience rocking into a good mood just before showtime.

When host Izemi Clem took the stage, it signalled the beginning of a night, marrying the spoken word with live music. The night began with the open mic segment, which featured a Seh Sup'm regular, Jamel Hall. Though his appearance was brief, it was not without impact as Hall delivered some thought-provoking pieces, undoubtedly captivating the minds of the few who gathered before making way for the first featured poet of the night.

If the audience thought Hall's poems were food for thought, then Akinsanya's (Lloyd Palmer) pieces would leave one pondering for days on end. Recognised worldwide for his musical skills as a keyboard player in the Uprising Roots band, Akinsanya showed he was just as talented in the spoken word genre.

Proving his poetic prowess, the performer tackled many social issues currently being faced by the country. Taking aim at politics, in particular, Akinsanya discussed the power of leadership or the lack thereof, before taking aim at the 'bleachers', discussing African pride and what it meant to be truly black and proud. He made way for up-and-coming singer Christina Alisia, who provided a good musical break.

Another notable performance came from Sage and U Reverse and the Head Cornerstone band. Sage paid tribute to dub master Lynch who passed on earlier this year, by reciting one of Lynch's well-known pieces, and earned himself a good response from the audience, who took time to remember Lynch for his immense talent. U Reverse and his band also delivered good performances, fusing music and poetry together beautifully.

It was now time for Jamaica-born Canadian poet Michael St George to grace the stage. Returning from a two-year performance break on local soil, the poet teamed up with M'Balla to bring the night to a climax. Though it was a night for the spoken word, perhaps the duo's best performance came when they performed Jambalashi. It had no words but the sound of the drums said it all as the audience rocked and swayed in appreciation.

Emerging roots-reggae singer Kazam Davis, featured in the night's acoustic segment and brought the curtain down on another staging of Seh Sup'm.