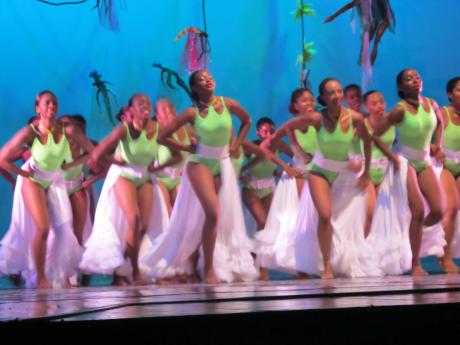 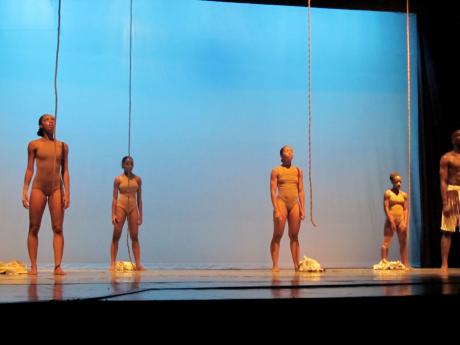 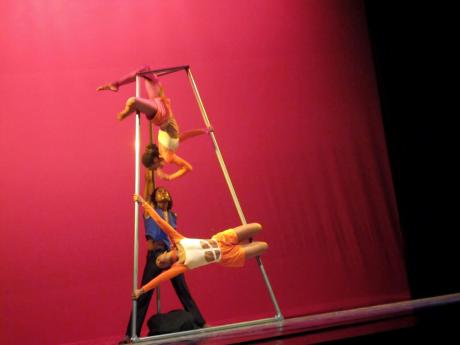 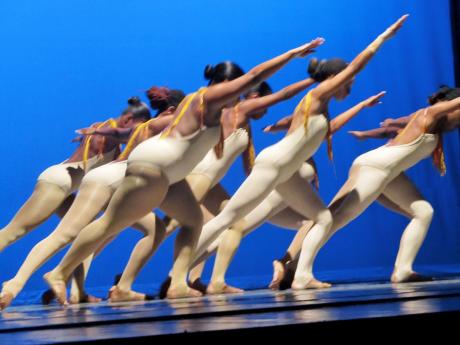 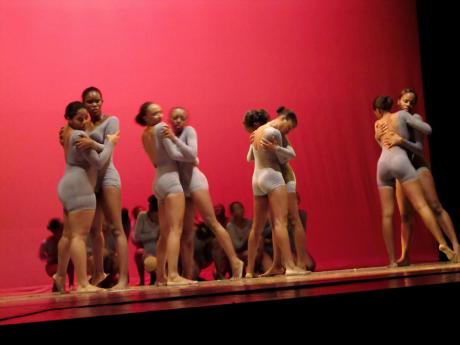 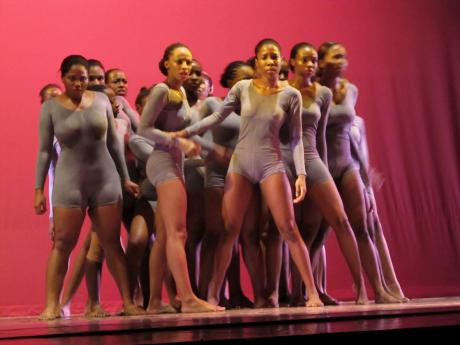 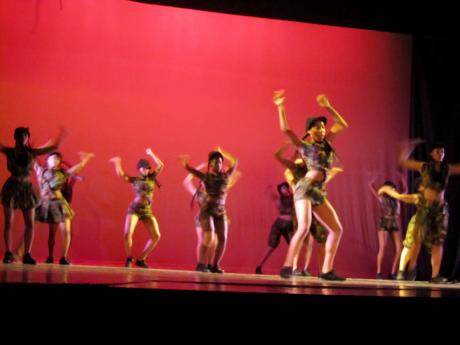 Saturday's opening of Dance Theatre Xaymaca's (DTX) 2014 season was more than a dance show. It was a testimony of commitment and dedication to the art form. Buffeted by the waves of chikungunya in Jamaica, the dancers overcame joint pain and fatigue to treat the moderately sized audience at the Little Theatre, Tom Redcam Avenue, St Andrew, to an entertaining show.

Adding to the entertainment value of the show was that DTX's Barbara McDaniel opted to incorporate the talents of guest choreographers Michael Holgate, Orville Hall and Dance Xpressionz, Kerry-Ann Henry and Orrette Beckford, to create dances that reflected a variety of techniques.

Whether it was a set comprising poles, triangles and dangling objects from the fly tower on the stage or intriguing costume selections, the eight dances on the programme were a showcase of high energy, intensity and passion.

The programme, held under a not so creative theme, The Repertoire 2014, opened with Beckford's Incantus, "an exploration of movement through space and time inspired by the rhythmic energy and pulsating beat on the music." The first and fourth movements engaged the full company. The number of dancers was reduced in the second and third movements.

Interestingly, as the dance progressed the rhythm of the music seemed to shift from Africa to Europe, while with each appearance, costume designer McDaniel captured the changes. The dance allowed for exploration of levels and a display of great body extensions.

Holgate's double, first Spoken Fires then Love-Fast and Sweet, were next. The latter lived up to its title. Choreographed to a soca beat, it was a dose of high energy, or 'fast and sweet', from start to finish, matched only by Vincent Grant and Micky McGowan's vibrant costumes.

But it was in Spoken Fires that Holgate was more creative and thought-provoking. To the voices of poets Mikey Smith, Randy McLaren and Arrested, he had the DTX dancers and their male guests from AshÈ in powerfully expressive tableau, at times moving in clusters from one area of the stage to the next effortlessly as they told the story of incarceration.

Orville Hall and Dance Xpressionz took a trip down the memory lane of dancehall with Who Memba? Among the dances, the choreographers had all-female, army fatigued clad dancers moving to the Bogle and Go-Go Wine. To say the audience was well treated is to say the least.

On the flip side was Henry's more sobering Torn - "the struggle within and without as we strive to release ourselves back to purity from which we came." The small group of Juentte McNeil-Manley, Tara Price, Jamila Watson, Gabrielle Waite and Beckford was emotive in its execution. In a creative twist, the dance ended with the dancers removing ragged top layers of clothing to reveal flesh coloured unitards just before ropes, representing escape, were slowly lowered.

DTX's assistant artistic director, Natalie Gallimore, was also creative with her use of two poles placed to the left and right of the stage's front section (downstage) and a tall triangle placed in the rear (up stage) at the stage's centre. McNeil-Manley and Price were the dancers entrusted with bold gymnastic movements; ultimately bringing the dance Dukahmba to life and wowing the audience.

Two pieces choreographed by McDaniel, Texture and Curtain Call, appeared in the second-half of the programme. Both were entertaining, but it is the latter that proved to be the more intriguing. Choreographed to an interesting arrangement of the gospel song Some Day, in Curtain Call McDaniel used show dance movements. The intrigue continued with the costumes and dangling dramatic characters of commedia dell'arte.

The DTX 19th season of dance was a good show, except for regular use of the front curtains at the end of each act.