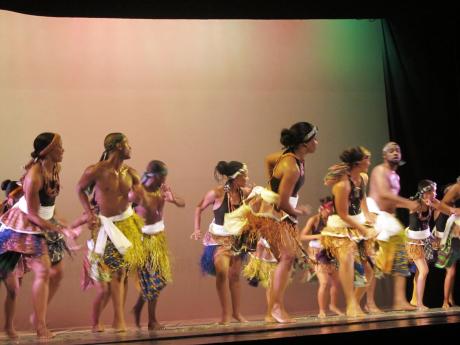 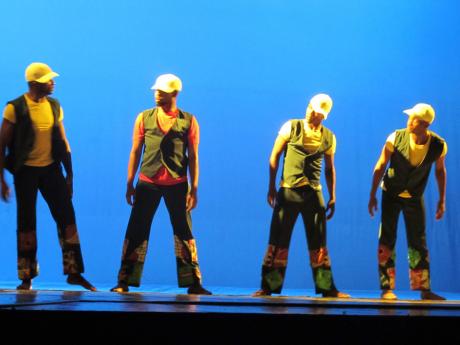 It is not often that five new works by choreographers on the same dance programme are of high standard. But this was the case at the Stella Maris Dance Ensemble's 21st season of dance on Saturday, thanks to choreographers, Monika Lawrence, Tokie Gonzalez, Tony Wilson, and Kemal Nance, who along with their dancers, presented five fantastic pieces, proving that there is no limitation in the dance vocabulary.

On the second evening of the Ensemble's three shows of dance (the other two were last Friday and Sunday) five excellent new pieces were unleashed along with two from previous seasons. But it was 'My Language', choreographed by Gonzalez with assistance from Lawrence, that got excellence going.

As the voice of Jasmine Guy brought the written words of Sam Anderson and Curtis King to life, so did the choreographers and their dancers. Presented in a storytelling format, indicated by a woman wearing ethnic clothes weaving in and out of the stage picture with great timing, the dancers moved the story along in small and large groups, changing the stage pictures, while reinforcing the spoken words. 'Dance is my language ... Theatre is my language', they danced.

The beautiful dance could have ended with the closing lines, 'Let the drums beat to the sound of our history', but Gonzalez continued his choreography into the silence, thus extending the dance as well as carrying out the final instructions of the poem read to music. But instead of drums, he used the historic stage of the Little Theatre for the pounding feet of his dancers.

Tokie and Lawrence parted company for their other dances on the programme. Lawrence premiered 'Stolen Inner-Sense', and revived her 1998, 'Where is Maria?'Both were well choreographed and justly presented by the pool of talented dancers.

In the 1998 piece, the choreographer opted for graceful ballet techniques in the dance drama, to capture two significant aspects in the life of Jesus: His death and birth. The powerful dance commenced with the death of Christ. But it is the creative use of fabric for Mary's conception, and ultimately forming the baby, that produced sounds from the captivated audience.

Lawrence's use of fabric to give added dimension to her dances seemed to have continued in 2014, as demonstrated in 'Stolen Inner-Sense'. The dance-drama got off to a powerful start, the curtains opened to reveal a wash of red lights on both the backdrop and stage. Subsequently, the dancers entered, they are wearing school uniforms. The setting is established with them playing ring games, as well as dandy shandy, teasing each other and fighting on a school's playing field.

The playing field shifts to a street dance with dire consequence and the use of red fabric to cover the stage as the symbolic blood, and allowing the dancers to exit while covered with the fabric, was quite creative and effective. It concluded with the choreographer using movements of another cultural form, Revival, to send home the religious message. The flexibility of the costumes designed by mother (Monika) and daughter (Souad) is also worth mentioning. A tug of two strings to each side of the skirt transformed the skirt of tunics into party attire.

While Tokie's premiered 'Encunetro', was short and entertaining, it saw dancers Roxanne Corniffe and Gavin Hart dancing beautifully together in a romantic encounter.

Part two of the concert showcased dances from Wilson, Nance and H. Patten. Wilson also used the spoken words of Michael and Mutabaruka as the sounding board for his choreographed 'Patchwork'.

The US-based Nance continued the theme of identity in 'Wanted'. He chose to examine it from the criminalisation of black men in a prison setting. The thought-provoking all-male dance which had the dancers wearing jeans pants and shirt along with caps, ended with humour.

The captivating dance show ended with London-based Patten's 2001 'Gye Nyame (Except God)'. It too was well choreographed and presented.