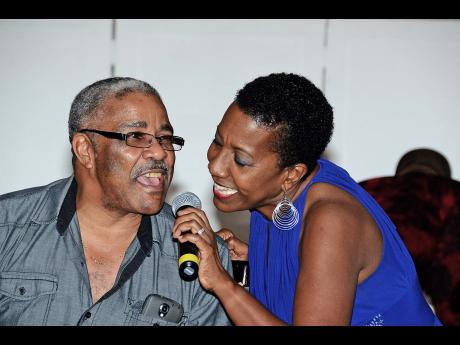 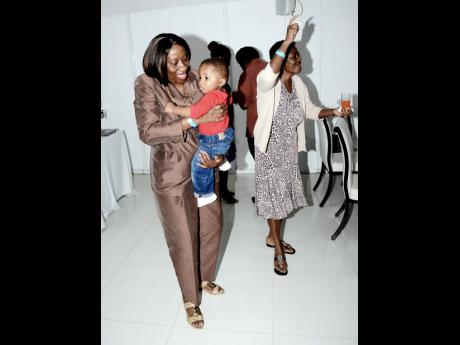 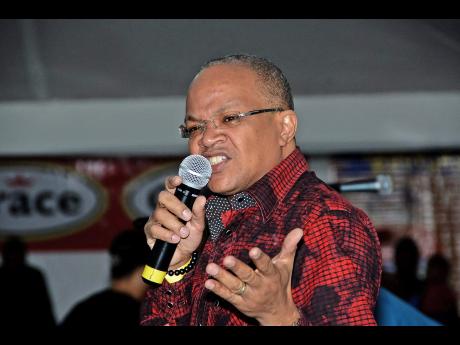 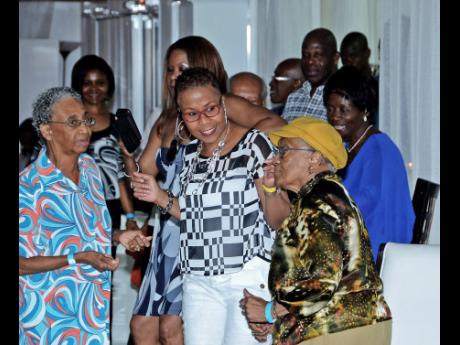 From the young to the elderly, persons of all ages braved Saturday's inclement weather to participate in and be entertained at Angels4U's inaugural staging of Timeless, billed as a pre-Christmas senior soiree for the entire family. The intimate, elegant and fun-filled affair was complemented with great entertainment from Dr Michael Abrahams and Karen Smith.

With seats strategically placed on three levels at the elegant Spanish Court Hotel, New Kingston, and music in the background, the stage was set for high levels of interaction.

The atmosphere was established as persons got to the entrance. Not only were tickets replaced with the customary armbands, but each patron was presented with small, neatly cut pieces of paper with one word written on each. They were also given verbal instructions to find the person with the word matching theirs and learn three things about him or her.

This resulted in strangers chatting with each other as they searched for their match.

The fun continued when Abrahams, the MC, came to the stage and rewarded winning patrons with prizes. Subsequently, Abrahams got

around to what he has become most popular for - his comedy.

"Who has gotten the chikungunya? Raise your hands - if you can," Abrahams said before sharing a poem inspired by his own personal encounter with the now- infamous virus. Then Abrahams shifted to what he described as "something a bit serious."

"I love my country. This is not about politics," he continued, before reading Revolution, which begins "we need a revolution, not one with bullet." It goes on to address accountability and corruption.

Then it was time to for the audience to welcome singer Karen Smith. While she was still off stage, Smith's distinctive voice captivated the audience with the beginning of Sweet Sensation, the singer making her appearance as she sang the chorus.

Smith, attired in a flowing blue gown, commended the audience members for their bravery and then did Life's Story, before teaming up with her sole accompanist, Christopher McDonald, to deliver Always Together. Smith continued her high-energy, entertaining act with a mix of reggae, ska, jazz and blues. Ernie Smith's All For Jesus started her Christmas song treat, which also included Oh Holy Night.

Staying true to what was described by audience member Marva Ximinnies as a great and refreshing concept, Smith gave a medley of songs for her encore, thus ending a fine fun-filled afternoon.

The staging of Timeless, according to representatives of the one year-old organisation Angels4U, Melody Cammock-Gayle and Michelle Cunningham, is two-fold. One reason was to create a space for senior citizens and retired professionals, "along with their families to enjoy time together."

"Timeless is about coming together of families to come and enjoy themselves, not for you to bring your parents and leave them." Cammock-Gayle emphasised.

The second goal for putting on the event was to raise funds for the organisation's Re-Birth Project. Cunningham explained "Not only do we want to take care of our elderly, but the youth as well."

Moving into its second phase, to begin next year, the Re-Birth Project is an intervention programme geared towards at-risk youths. These are "bright students on the cusp of being kicked out" of school because of behavioural issues.

The institutions which have been identified, with help from the Ministry of Education, are Norman Manley and Tivoli high schools. A total of 20 students were selected from both schools. In phase one, the students were exposed to successful professionals who came in and talked with them individually, while their parents were taught proper parenting techniques.

Timeless will be staged next year at the same venue, as the organisers want to maintain an intimate setting.