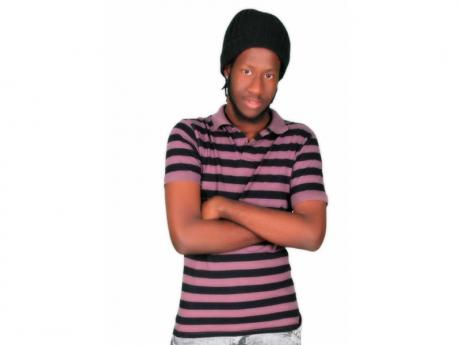 The new year has marked the beginning of up-and-coming sensation Jahazeil's professional journey as a recording artiste. The emerging artiste is said to have a unique sound and powerful voice, and his clean lyrics will no doubt make an impact on his growing fan base.

Being the son of reggae icon Buju Banton, Jahazeil is no stranger to music. His brother Markus is also a well-accomplished producer, and both are insistent on carrying on their father's legacy.

"Music came to me naturally due to the fact that my father Buju Banton, already paved the way and I had access to a studio from an early age."

A vibrant Jahazeil continues, "My brother already has an established label - Markus Records - and I have always loved music, so I just decided when it was time for me to take it serious, and I am ready now."

The 17 year-old, however, does not want to limit himself to just reggae. He says he doesn't plan on doing just one set of songs, because the world is a big place and different people appreciate different kinds of songs.

"I will be mixing it up, so I will be delivering reggae songs, dancehall songs, songs for the ladies, some hardcore songs - but you know we keeping it clean same way."

Jahaziel, who is currently under Markus Records, recently release his debut single, No More, which will be available on iTune on January 13.

In addition, he has other projects in the pipeline that his fans can look forward to. He will be working on a few new singles, some possible collaborations and his EP.

"I have a lot of things in store for this year. Look out for my next single, We Run The Streets, on the soon-to-be-released Syndicate rhythm, produced by Markus Record, and many more new stuff. We kicked it off so we plan to keep it rolling."