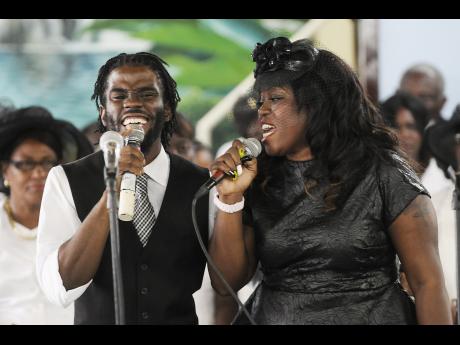 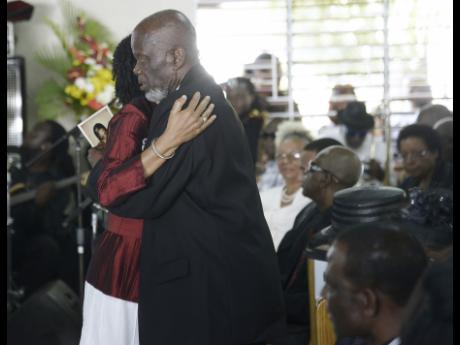 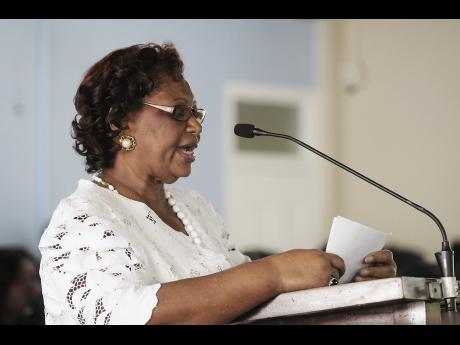 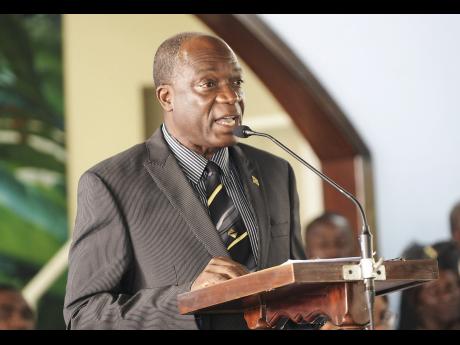 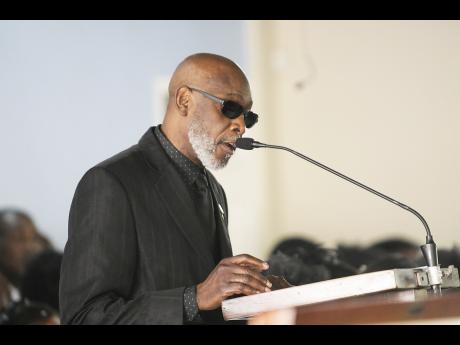 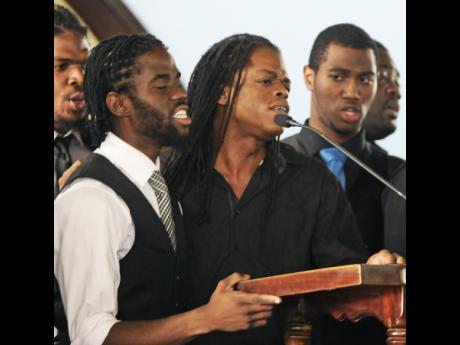 Gladstone Taylor / Photographer Members o the Nexus Performing Arts Company, which brought out its full cast for the ocassion, payying tribute to Barbara Lewis in song at the Gregory Park Baptist Church on Saturday. 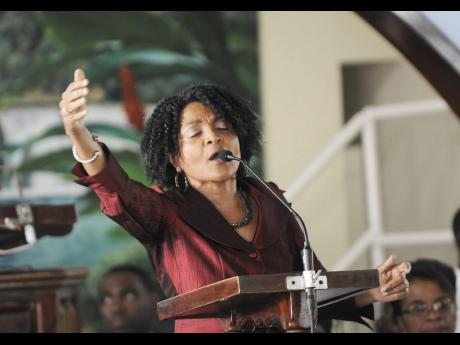 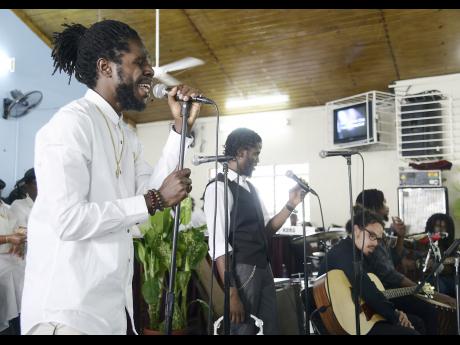 Gladstone Taylor/Photographer Chronixx and the Zinc Fence Redemption band perform a musical tributeat during the service of thanksgiving for the life of Barbara Lewis, held at the Gregory Park Baptist Church on Saturday.
1
2
3
4
5
6
7
8

Gospel singer Barbara Elaine Lewis, who died in December from complications associated with leukaemia, was laid to rest on Saturday. Her interment in the Meadowrest Memorial Gardens was preceded by a thanksgiving service at the Gregory Park Baptist Church,

The service for the singer, who went by the stage name Barbara Jones, was filled with tributes and humorous anecdotes, inspirational songs, and moving speeches. By all accounts, Jones was a humble woman who loved God, her family, and music.

Among those who paid tribute in speech was Howard Mahoney, who produced her first gospel album, Jesus is Calling Barbara. He spoke of a life-changing experience that saw the former secular singer making a commitment to God. After becoming seriously ill in October and having to cut short a tour, she told him that "I found God all over again".

"God used her as a vessel," Mahoney shared with the congregation, which overflowed the church. "My love for you still resonates. There will be emptiness," he said about the late singer.

mother and family woman who exhibited her Christian principles by helping others. Singing was her life, and there was no need to ask Lewis to sing at church events as she would always volunteer. Simpson-Clementson said the witty Lewis had a great sense of humour. At times, news items sparked that wit as Lewis not only highlighted malapropisms during the newscasts, but also imitated the speakers.

Lewis was described as a sophisticated dresser, "a Christian woman who bore her illness with dignity".

"A legend has passed. Who are we to say gone too soon?" Simpson-Clementson concluded.

friend of Lewis', Assistant Commissioner of Police Leon Rose, said there were many memories of the late singer and spoke of her wit as well as musical achievements.

The performance tributes began with the Nexus Performing Arts Company. Clad in all black, they gave a moving rendition of Creation. The Rev Dr Carlene Davis performed Like Old Friends Do, as requested by Lewis' family.

But it was Lewis' son, Hector Lewis Jr, who had the congregation in a foot-stomping, head-bobbing mood. After sharing a conversation he had with his mother about his singing, Hector turned to the open casket and said "Mummy, mi ah goh sing show you." Then he and his sister, Sherries-Ann Lewis, sang a medley.

Hector described them as fitting for the occasion and that he had used the songs to help him to stay strong. The selections included his favourite, It's Gonna Take a Miracle, as well as I Will Always Love My Mamma.

Chronixx, who was backed by his band, the Zinc Fence Redemption, was profound in his tribute in words to "Aunt Barbara".

"We are all her sons (the band members). She makes us comfortable with what we do," he said before singing Ain't No Giving In. Chronixx said Lewis taught him to show respect to everyone regardless of their religious persuasion.

The Rev Karl Johnson commenced the second part of the approximately four-hour service by having the congregation sing Lewis' favourite choruses. This allowed for a smooth transition from Chronixx's performance into the formal service, in which the congregation sang hymns, and there were scripture readings and tributes from more family members. The eulogy was read by Lewis' cousin-in-law, Senator Ruel Reid.

The message was delivered by home pastor Rev Karl Henlin. Powerful and informative, it was inspired by his closeness to Lewis since September after learning of her illness. Using Psalm 23 as his biblical reference, Henlin shared that while Jones was not afraid of death, she was afraid of the process of dying.

In Henlin's last words to Lewis, he reminded her of

the words of the song Were

It Not for Grace. He told her, "Barbara, on behalf of the church, we thank you for the ministry. Go on to meet your God. Go on to meet Him, and the grace of the Lord be with you."

And she replied, "Yes, Pastor."

Barbara Lewis, whose maiden name was Nation, was 62 years old. She left behind husband Hector Lewis, children, grandchildren, sisters, and a host of fans.