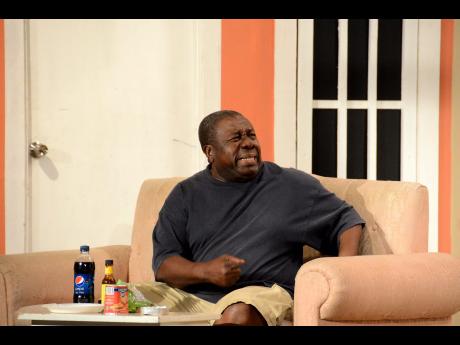 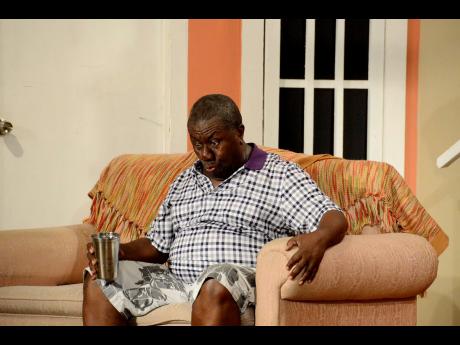 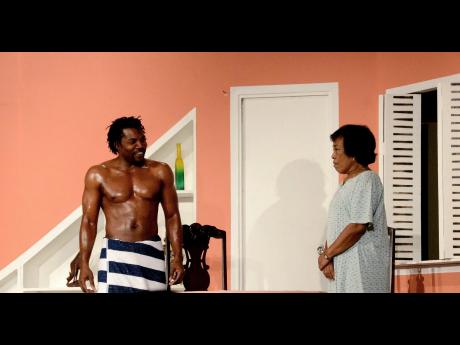 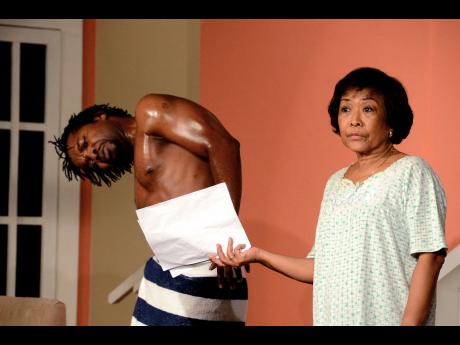 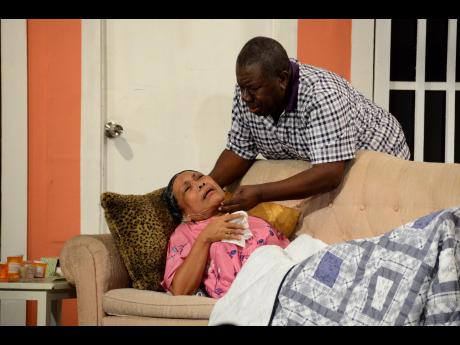 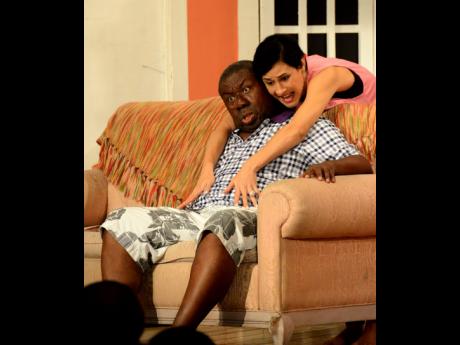 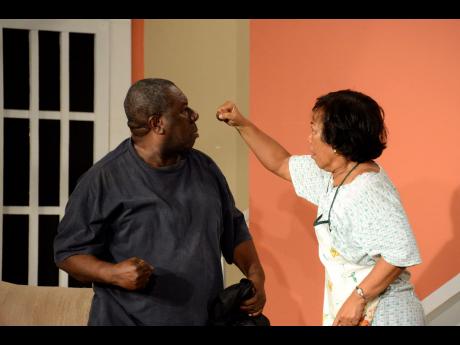 It is not easy to be exhaustingly funny yet hold a straight face throughout a performance, but Oliver Samuels has mastered the art of doing so.

Samuels, along with a wonderful ensemble of actors under the guidance of director Douglas Prout, had the audience convulsed with laughter during Sunday's staging of Basil Dawkins' not fully satisfying play, Divorce Papers, at the Little Little Theatre, Tom Redcam Avenue, St Andrew.

Divorce Papers begins with high drama. Grace Goffe's (Ruth Ho Shing) rage climaxes with her throwing divorce papers at her husband, Agustus, upon his well-timed entrance. And as the two throw verbal jabs (though for an unnecessary lengthy period), it is revealed that their feud began 25 years ago.

The source of the disharmony is not only Agustus' unfaithfulness, but that the infidelity was with their helper. The union has produced a daughter, Shelly (an off-stage character). However, Agustus is not the only one in the union who has cheated. Infidelity also showed its ugly head in Grace's clandestine relationship with a younger man, a parasitic bum named Wayne, played by Dennis Titus.

As the plot bobs and weaves towards its ending, the penultimate scene of Dawkins' humour-driven, non-realistic play serves up another dramatic dose as the once healthy, though bitter, Grace is struck by illness. In contrast, her once sickly ex-husband Agustus now beams with good health. He has remarried to Stacey (Maylynne Lowe), a younger and doting woman. She turns out to be the antidote for his poor health and relief from decades of daily quarrelling.

Despite a plot that could have a stronger structure, Divorce Papers grips the imagination as it produces twists and turns that had the audience in stitches. Most of the characters are superficially developed, but the themes of family and relationships are well explored by Dawkins. However, more important is the message of love and forgiveness conveyed through some seriously silly, absurdly enjoyable lines.

Essential to this comedic encounter is Samuels' fine portrayal of Agustus' two emotional places - stress and ill health resulting from his daily diet of badgering from Grace and then contentment with Stacey. The veteran actor was brilliant in facial expressions and gestures, displaying his mastery of delivering humorous lines to maximum effect.

Lowe, Ho Shing and Titus also did quality jobs. Titus, given the task of playing a stereotype who displays little growth, gave of his best. He capitalised on Wayne's single most important attribute, his physical appearance. To achieve this he embodied a young buck with rippling muscles awash with glistening perspiration, shaped by hours in the gym.

Ho Shing was given the job of being a predominantly one-dimensional Grace, the everlasting nagger. She seemed to have struggled somewhat with switching from nagging wife to enamoured lover of Wayne. However, from the convincing cough that made her look paler to the correct voice tone and pacing of her words, Ho Shing was impeccable as the ailing Grace.

Lowe was also commendable, but the change in the demeanour of Stacey the secretary to that of Agustus' wife was not defined.

For the better part of Divorce Papers, from timely entrances and exits to some creative movement on the set, director Prout seems to demonstrate clear insight into his intentions. But his split focus created by the simultaneous showing of scenes five and six in act one and scene six in act two was disconcerting.

Divorce Papers is set in several locations - the homes of Grace and Agustus as well as Stacey and Agustus, Wayne's residence, a lawyer's office and outside Stacey and Agustus' residence. The set for both Grace's and Stacey's homes has a distinct feeling of wealth, as is dictated by their status.

However, mounting a play with so many different settings on the Little Little Theatre stage is sure to reveal the venue's faultline. And, surely enough, despite set designer Michael Lorde's experience and knowledge, there were some downsides, especially in the outdoor setting.

On the other hand, Quindell Ferguson's costume design gets a passing grade, as does Divorce Papers overall.