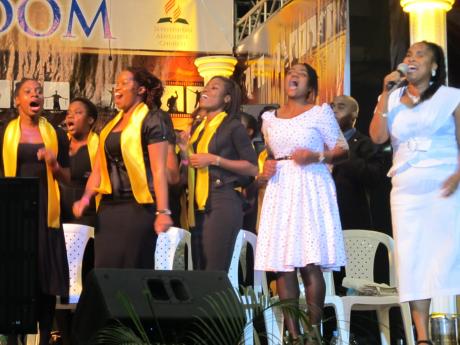 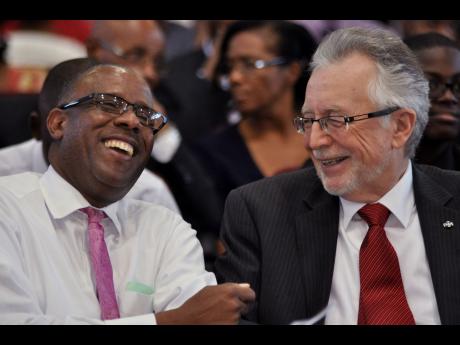 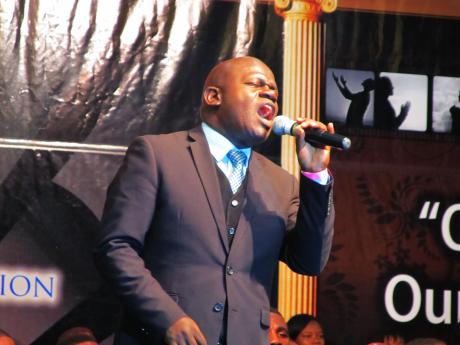 Marcuia Rowe George Gordon, one of teh guest vocalists at Saturday's closing concert of the inaugural Festival of Religious Freedom, held at the National Arena, Arthur Wint Drive, St Andrew. 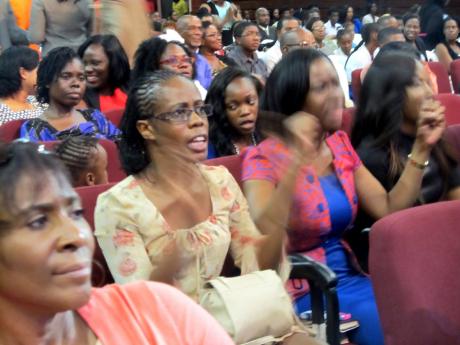 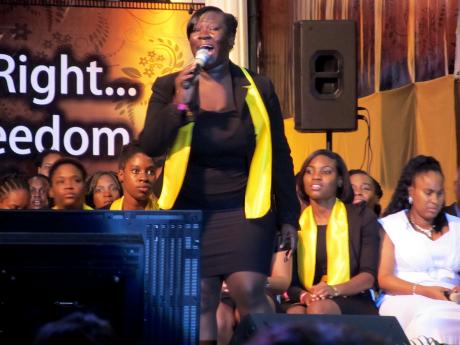 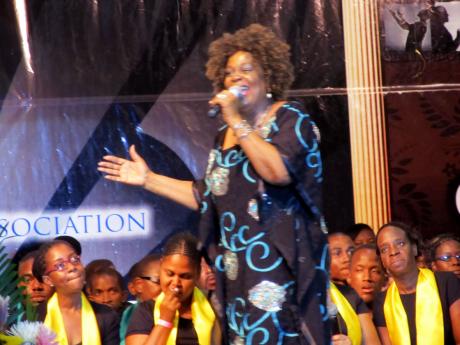 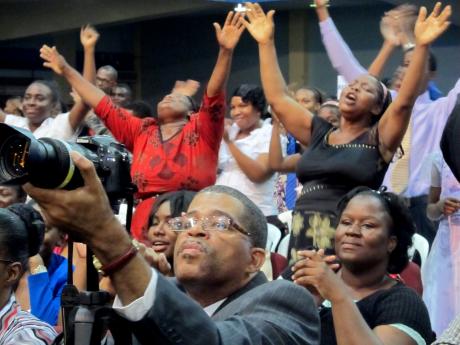 Marcia Rowe Members of the audience exult in the music at Saturday's Festival of Religious Freedom, held at the National Arena, Arthur Wint Drive, St Andrew. 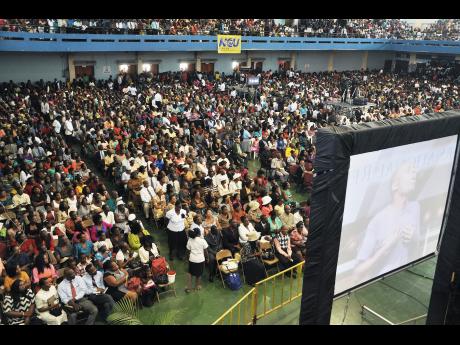 Saturday's highly publicised inaugural Festival of Religious Freedom closed with a high-energy concert. The performers, a mass choir of 150 voices and select vocalists, were at times spirited and at others meditative, with songs that had the congregation in spiritual jubilation both inside and outside the National Arena.

The Festival of Religious Freedom was an all-day event organised by the Seventh-day Adventist (SDA) Church under the theme 'Our Life, Our Freedom, Let's Celebrate'. And at the end of the final performance, Pastor Everett Brown, president of the Jamaica Union Conference of Seventh-day Adventists was confident his organisation had accomplished their primary goal.

He explained that "the major objective of the festival was to sensitise people to the fact that we do enjoy and embrace a religious, free Jamaica, but we ought not to take that for granted, and to say thanks to the Government for supporting the event".

"People came out; people did not hesitate; people celebrated from all walks of life - not only for religious liberty, but people of no faith came out to celebrate freedom of religion, freedom to worship," Brown said.

The concert, subtitled 'Musical Showcase', was not only the celebration's final segment, but was also used to lure those who were not interested in hearing ministry through the spoken word to come and celebrate through music, choir director Celine Boyd explained.

Vocalists Jabez, Kimiela 'Candy' Isaacs, Judy Mowatt and George Gordon were "carefully selected". They, along with a mass choir drawn from members of 22 Corporate Area SDA churches, were mandated to deliver the message through music. And they did not fail.

The musical gospel feast commenced with MC Nadine Blair asking rhetorically, "Can we dream of a peaceful world?" After the answer, the mass choir was invited to stand and deliver the opening song You're God, You're My Leader, which also served as clarification of Blair's speech.

An incident outside interrupted the choir's rendition of There's Hope in King Jesus. This brought Pastor Brown to the stage to pray for divine intervention. Subsequently, the choir resumed with He Reigns Forever. And the full-black clad group of Seventh-day Adventists, each person wearing a black or green stole around their necks, remained on stage throughout the musical feast. In addition to their set, they provided background vocals for the special guest artistes.

George Gordon was the first of the guests. He had the congregation standing with his selections, while Judy Mowatt's set had them listening attentively, except during her medley of Revival Over this Land and Amen, Amen.

After Mowatt's performance, and before Isaacs' and Jabez's, Blair had the congregation singing Love Lifted Me, which she described as "a great hymn that talks about God's love". But it was Shelly-Ann Brown who gave the best performance with Break Every Chain.

The musical showcase ended as it had begun, with the mass choir demonstrating that the approximately three months of rehearsal was not in vain. They closed the show with another fine performance but, alas, Jamaicans will have to wait for another five years before they can hear the choir again, according to Nigel Coke, public affairs and religious liberty director.

"The festival will probably be once every five years. It is definitely not an every-year thing. But during the course of that period, we will have, through the newly formed national International Religious Liberty Association, conferences, symposiums, lectures and meetings," Coke said.

He cited a need for education on religious liberty as the main reason for the decision.