Saving Alligator High worth the effort 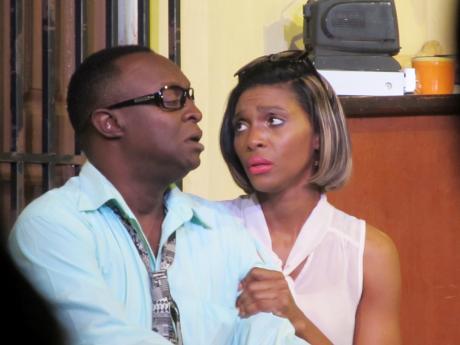 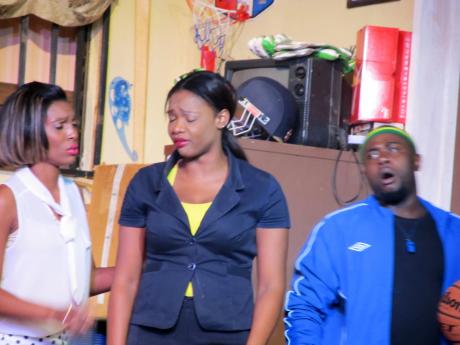 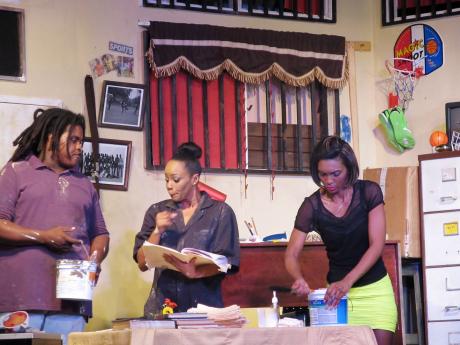 In his latest script, Saving Alligator High, Patrick Brown focuses on the tragic circumstances which result in a school nearly being closed. Through clearly defined characters played well by the familiar faces of Jambiz Theatre Company, the story is carried on a conveyor belt of well-timed humorous lines and creditable stage placement.

The set also reinforces the play's atmosphere, best described as a glaring satire on an educational institution held at the community's mercy.

Alligator High is located in an inner-city community, but the drama unfolds mainly in an unkempt staffroom which shows evidence of decadence. Thus the story of rape, teenage pregnancy, dysfunctional families and poverty is told from the teachers' perspective, except for a symbolic appearance by two of the school's best students and a parent.

However, new staff member Sonya Lee (Sharee Elise), who teaches history, is gravely concerned. The staff's motto 'We Gainst Dem', placed above the functional bathroom door at the back of the stage, puts the opening scene of chaos and disregard for professionalism into context.

A brief reminiscence on Trevor Rhone's School's Out reveals teachers who are demotivated. A large percentage of their students is more interested in music and guns than learning. Turnbull expresses that after six months on the job she lost her enthusiasm.

However, the students' actions are also compounded by their teachers', who would rather spend their time in the staffroom than implementing strategies to correct the problems - that is, until the Ministry of Education announces its intention to close Alligator High.

This is followed by the tragic experience of a parent, Shotty Shotty Sean (David Crossgill). Subsequently, the poorly educated principal, who remains unseen in the production, is removed. Damning evidence against Bell is revealed and his dismissal also helps Alligator High to take shape.

To say that Alligator High is a failing school is an understatement. Therefore, Brown's use of the continuous tense, 'saving', in the title may explain why the anticipated resolution of the school's problems did not occur at the play's end.

Instead the playwright opted for seemingly minor, but significant changes, such as the symbolic appointment of 'old-timer' Jeff Jones as principal. He makes significant moves, such as removing Beckford - whose speech is filled with malapropisms - from teaching English language.

On Saturday, the entire cast at Centerstage Theatre, New Kingston, was outstanding, executing the directors' blockings with finesse. An outstanding example was Bell (Wilson) throwing a soda bottle to Jones (Campbell), easily done by the two actors.

That was also the case with Deer and Davis as their respective characters, Turnbull and Beckford, were about to clash. Elise was also good in her portrayal of Sonya Lee, a past student of the institution. Her character's somewhat sudden changes in demeanour must rest at the playwright's feet.

Trevor Nairne and Brown co-directed well. Their use of the set, especially the grilled door utilised symbolically to give the impression of a disgraced Fox's imprisonment as he leaves the staffroom, was fantastic. So was their use of high levels for both Fox and Jones to reinforce their status - one an outstanding teacher and the other a once outstanding football team member.

The costumes were also appropriate, from Lee's modest dress to Turnbull's miniskirt and Jones tie.

Taken all together, the many strong elements make Saving Alligator High well worth seeing.