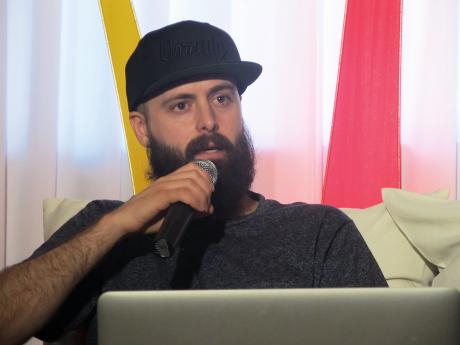 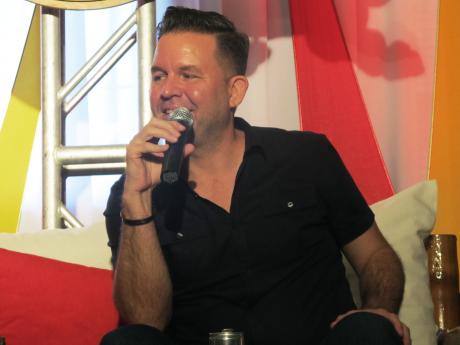 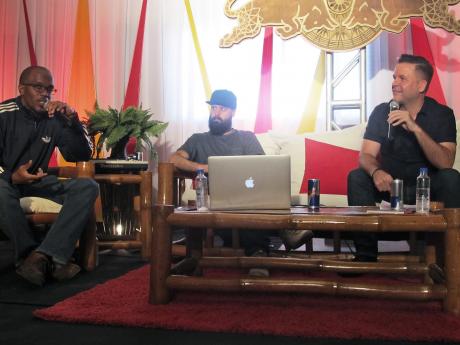 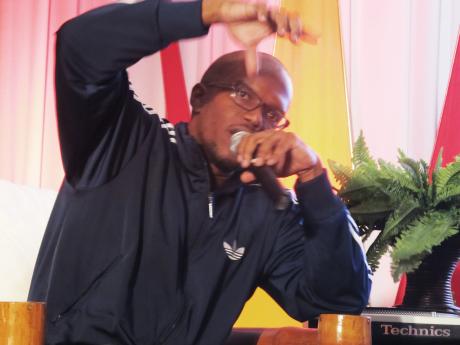 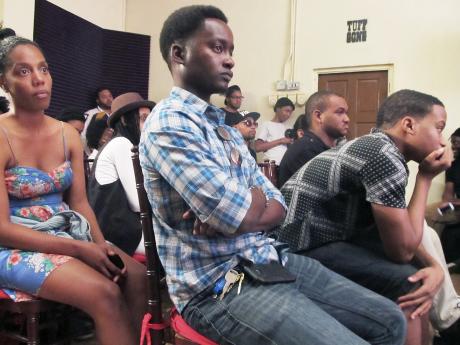 'Red Bull gives you wings' is the energy drink's familiar slogan. For the past 25 years, those wings have not been only metaphorical. Through its Red Bull Music Academy, the company has literally lifted music practitioners to foreign lands for an "overwhelming experience in a good way", according to Dr Sawandi Simon.

He is the only Jamaican to have been a student in the alluring academy. It should be also noted that Jamaicans Steelie and Clevie, Jeremey Harding and Sly and Robbie have done lectures.

This year's academy will be held in Paris, France. The deadline for submissions is March 4 and applicants must be 18 years and over.

On Saturday, the third Red Bull Music Academy Info Session in Jamaica was held in the rehearsal studio at Tuff Gong, Marcus Garvey Drive, St Andrew. In addition to Simon, the audience heard from producer Dre Skull and presenter for the session, Christopher Edmonds.

Guided by questions from Edmonds, Simon gave details of his music background. While at university, he said, "I felt an urge to create music that I want to hear."

Simon's interest in the academy was piqued by an online lecture in 2005. He went to the academy's website, read more, applied and was accepted for 2006.

That year, the Academy was held in Australia. Describing the all expense paid experience, Simon attested to the Red Bull Music Academy's promise of a "magical mystery tour ... where you are allowed to sleep, eat, breathe and make music." Each year's staging is divided into two terms, with a week's break in between. Thee are two groups of 30 participants each.

In Australia, Simon interacted with persons at various stages in their music careers. He told The Gleaner about one of his most memorable experiences there. While on a building's rooftop with other participants one night, "one guy talked about how he tuned his drum, another one spoke about how he used this filter to create another sound. It was just that kind of exchange and camaraderie that was really refreshing, especially for someone who, at the time, did not have many people around me making the kind of music I like."

Simon told the gathering that a day's agenda included two lectures and a studio session. He said the application form is more like a personality profile, as he remembered one question being "What is beside your bed?" Simon also played one of his unmixed songs for the audience.

Andrew 'Dre Skull' Hershey, who has worked with Jamaicans Vybz Kartel and Popcaan, and American rapper Snoop, illustrated the music industry's wide span, once again prompted by questions from Edmonds. Asked to speak about his "auspicious start", Dre Skull said he and Kartel met via the Internet through the song Yuh Love. The song had a good impact, so he came to Kingston to see Kartel in late 2009.

He met Popcaan during production of the Kingston City album.

Dre Skull said the music industry goes beyond vocalists, producers and musicians and includes publicists, the media and marketing mangers of corporations. Giving the example of a deal with Puma, Dre Skull said a rhythm he had done with Beenie Man, Popcaan and Machel Montano "caught the ears of some people in London who were working on a Puma ad campaign. So they asked me to do something new on the rhythm."

Explaining the info session's purpose, Red Bull Music Academy representative, Tandra Jhagroo, said "it helps you to get you to the point that you actually want to go, if you don't know what it is. We show the lectures, but you don't know what happens on the daily life. You don't know the story behind why somebody will want to apply or why the lecturer is that involved in that industry. In a way it piques interest, instead of just giving this big amount of paper and say here fill it out."

Record producer/engineer Kahlil Lawson from Mandeville said he has applied to the Red Bull Music Academy twice and plans to do so again.

"Just hearing from someone who has the experience of doing music, as well as touring around meeting people, and speaking with Sawandi sharing his Red Bull experience is very inspiring," Lawson said.