Sounds of change at Blues on the Green 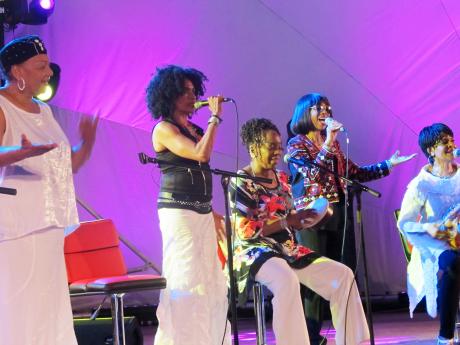 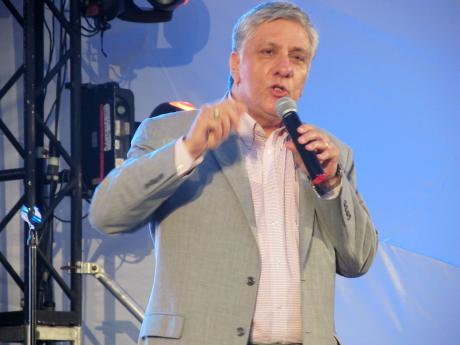 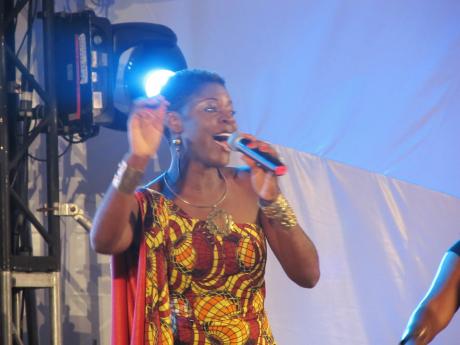 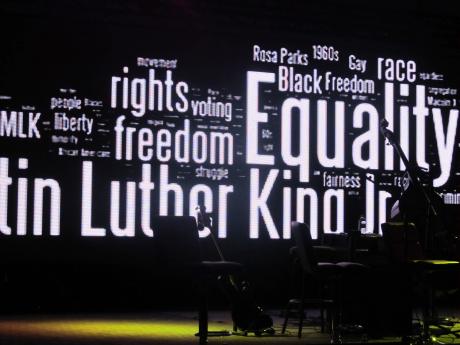 Marcia Rowe
One of the powerful images projected on screen. 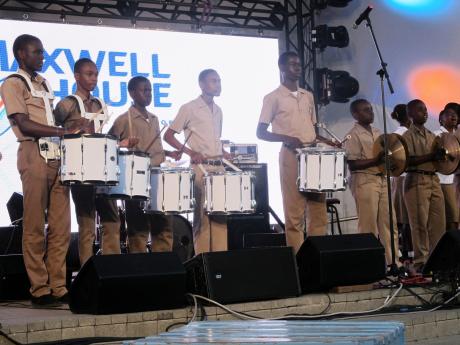 On Friday evening, a large audience turned out to experience great music from Grammy-winning United States (US) group Sweet Honey in the Rock and Jamaican performers at Emancipation Park, New Kingston.

Some persons also remembered the call for donations at the 23rd staging of the US Embassy's signature closing event for Black History Month, Blues on the Green. The Nathan Eubanks Foundation will receive the educational material which was donated.

As the programme unfolded, it would have been hard for those who attended previous stagings to miss the wind of change indicated by the type of donations requested, the messages in the songs performed and images projected on big screen.

Confirmation of the changes came from Ambassador Luis G. Moreno in his brief welcoming remarks.

"Greetings, massive. How yuh suh nice? For everybody else, good evening," Moreno said. "We are here at Emancipation Park, and what a sight to see the Jamaican flag and the American flag together and symbolising how we are together. We are at Emancipation Park, and for Americans and for Jamaicans, emancipation really means a lot. It means freedom, it means a struggle for freedom, and that's what all of this represents."

Speaking with The Gleaner, Joshua Polacheck, counselor for public affairs at the US Embassy in Jamaica, reiterated the ambassador's message of a call for freedom.

"We have decided that Blues on the Green has served an important function through the years of bringing mutual understanding between our two countries through music, through the sort of music that you are not going to hear on Jamaican radio. So we decided that this year, we wanted to bring both world-class musicians who are in touch with those root genres that you don't hear on the radio, but also someone who is much aligned with the embassy's goals," Polacheck said.

"And one of our goals here is to endorse and to encourage this concept of full citizenship for all, period. ... And with Sweet Honey in the Rock, you hear that in their music. You hear this call to action, so we can all enjoy the fruits of freedom."

And it was a message of freedom and more from the group that MC Fae Ellington said had taken music to a different height. The female vocalists, sign language interpreter and male bass player entered the stage to rousing applause and got going with an African number.

They soon segued into what they called "the civil rights movement". And with a montage of civil-rights images projected on the screen behind them, the five female vocalists gave a rousing singalong performance of Freedom Suite: Oh Freedom/Come and Go with Me to That Land/I'm On My Way to Freedom Land/We Shall Not Be Moved/Glory Glory.

At the end of the Negro spiritual songs, the audience was instructed to "take their burden and leave it right here at Emancipation Park".

With that, it was time for the Jamaican connection on stage, Romeir Mendez, to entertain the audience with his musical mastery. Then it was back to the vocalists, who focused on politics with the song Greed.

The answer to greed is "redemption", vocalist Aisha Khalid said before the group delivered a pleasant interpretation of Bob Marley's Redemption Song. Marvin Gaye's Holy, Holy was followed by Nina Simone's Love, then came the merry I Like it That Way.

The story of equality continued with Let There Be Peace, and Sweet Honey in the Rock ended their concert on the rock with Jesus on the Phone Line.

Prior to the featured act's scintillating performance, students of Holy Trinity High School opened the show playing instruments donated by the US Embassy. The accustomed rendition of the Jamaican and US anthems was followed by Sabrina 'Brina' Murray. She, too, gave a stirring performance, with songs such as Heri Pahali in Swahili, a jazz version of Garnet Silk's Keep Them Talking and her unreleased Country Life.

The band for Brina was Othniel Lewis and Friends, who closed the first part of Blues on the Green with entertaining instrumentals.