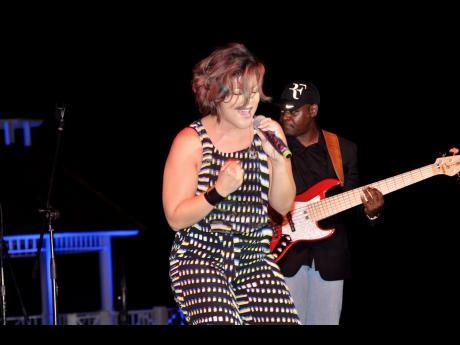 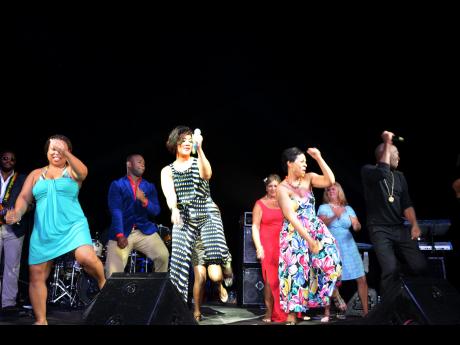 Tessanne Chin(third left) dances with members of the audience who ame on stage doing the ska section of her set at last Friday's grand opening of the Hyatt Ziva and Hyatt Zilara in Montegho Bay, St James. 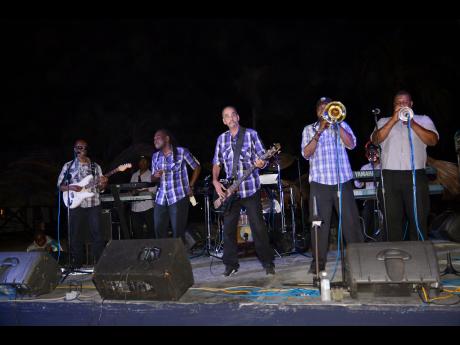 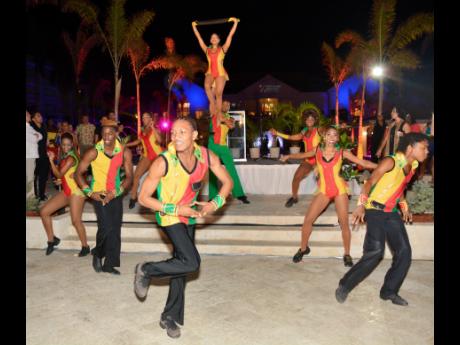 Exuding confidence, Chin danced and sang for the hundreds of persons present. When the 2013 winner of 'The Voice' did Whitney Houston's I Have Nothing, the wistful lyrics did not reflect the mood of a happy-looking Chin, who recently split from her husband of four years, Michael Anthony Cuffe Jr.

Along with the band, Chin gave the audience musical history lessons, taking all down memory lane into ska. When she drew for her 'bread and butter' song, Hideaway, and the uptempo Everything Reminds Me of You, she literally romanced the audience.

Chin's command of the dancehall genre was evident and her interaction with the crowd well received.

The headline acts were the icing on an entertainment cake, mixed and baked by a talented group led by the hotel's general manager, Carl Hendriks. The opening was anchored by Weston Haughton, while Jackie Jackson was entertainment consultant.

Hostesses dressed in 17th-century period costumes greeted guests in the Hyatt Ziva's lobby area. Wearing white dresses accessorised with gold turbans, the women depicted a 'fantasy of ladies in waiting' theme. Even their faces and arms were painted gold.

It was a red-carpet affair. On one side of the entrance was a pirate setting, within an area designed as a cannon. On another side, the White Witch of Rose Hall, Annie Palmer, wore red satin with black-laced costume. Next to her was a Rastafarian character, symbolising the evolution of Jamaica's history.

Scattered around the entire area were the Hah-r-mony Entertainment Dancers in spectacular costumes, depicting the melting pot of cultures that exist in Jamaica.

A saxophonist played, and the very popular Silver Bird Steel Orchestra delivered a mixture of popular rhythms. Before the opening ceremony, the Hah-r-mony dancers, clad in bandanas, opened with moves to mento. They were followed by an African-rhythm dancer as 15-foot stilt walkers in colourful costumes made balloon ornaments for the guests, creating wonderful photo ops.

A ballerina suspended 30 feet high, dancing on fabric above the swimming pool, was the dessert to an exciting, first-class opening ceremony.