Beer Ballaz ahead in the game 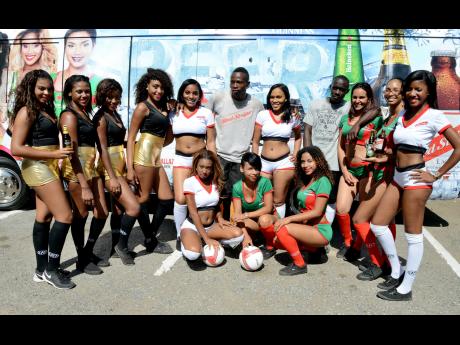 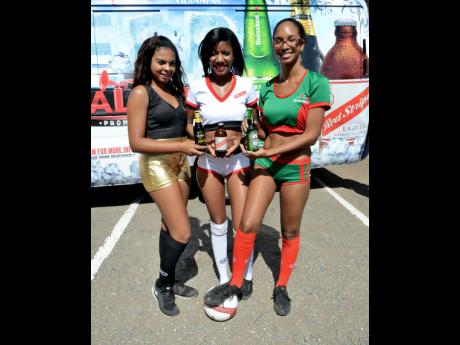 Innovation and ingenuity are common traits of the Red Stripe team, so it is no surprise that as we approach summer, there is excitement being created around a new consumer promotion. The Beer Ballaz campaign is built around the company's three major brands, Red Stripe, Guinness and Heineken, and the football activations of those brands - the Red Stripe Premiere League, the Guinness Street Football Challenge and the Heineken Champions League.

For football fans and beer lovers alike, these competitions are highly anticipated, and the support for each grows with each passing year. This year, the brand teams are taking that euphoric element up a notch by overlaying this amazing promotion, where consumers can win many fantastic prizes.

Blandine Reid, head of marketing at Red Stripe, is ecstatic and expects that consumers will gravitate towards this promotion.

"We are really excited. Anything that sees our consumers benefiting, we are all for it! Entrants will have a chance to win over $20 million in cash and prizes, so I encourage all to jump on-board with us in the Beer Ballaz promotion," Reid said.

There will also be an all-island tour in an effort to engage consumers in every nook and cranny of the island, as well as Beer Ballaz Wednesdays, that will be overlaid on its current Beer Wednesday campaign, that will see added entertainment, surprises and many giveaways.

Beer Ballaz is an under-the-cap promotion where consumers are eligible to enter with the purchase of a Red Stripe, Heineken or Guinness. A code will be affixed under the cap of the bottle or retrieved from scratching the back of a Digicel card. You can text the code to 444-7744 or login to www.beerballaz.com for your chance to win.