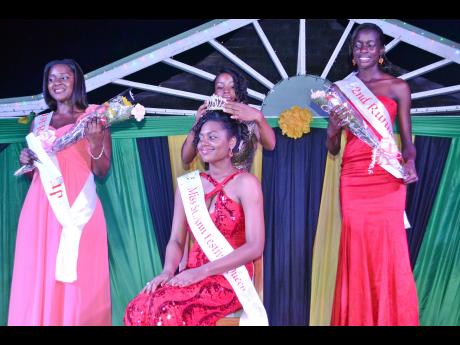 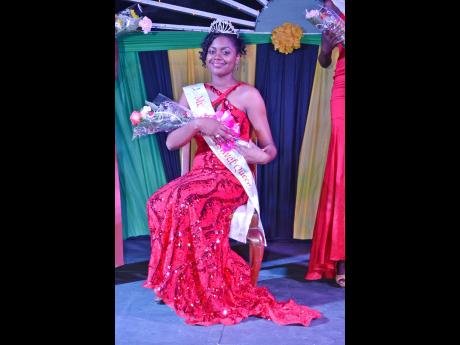 Folkes beat eight other contestants to win the title, and will represent St Ann at the national finals on August 1 in Kingston.

Riding on the experience of being a former Miss Beaches Ocho Rios, Folkes captured sectional prizes for cultural awareness and best poise on her way to a well-deserved victory, much to the delight of her supporters.

Yaneek Grant was first runner-up, ahead of Daniela Gordon, with Chantelle Gray and Shakiria Scott completing the top five.

Folks told The Gleaner that she was confident going into the competition.

"I was confident, I know that St Ann has a renowned reputation of producing winners so I thought I wanted to follow in that footstep, and that's what I intend to do," Folkes said.

Looking quite stunning in her red evening wear, Folkes was crowned by last year's queen, Sharlene Codner, who continued the parish's fine showing in the national finals by finishing as first runner-up last year.

Despite some technical issues, the show was well received and highlighted some entertaining pieces in the talent category. This category was won by Yaneek Grant, which undoubtedly helped to propel her to the first runner-up spot.

Shakiria Scott won for most congenial and Daniela Gordon for being most active in the community.

Entertainment was provided by the dance group DSDM and later, much to the delight of the audience, rising reggae star Romain Virgo.

Virgo, in giving back to his parish, was also one of the many sponsors of the event and thrilled the audience with his many hit songs.