Life in the VIP 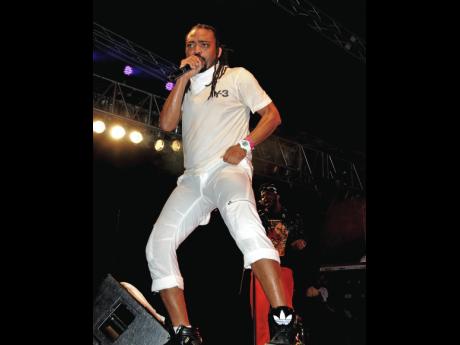 Wyclef Jean and Destra do not perform at the same types of events in Jamaica, but they found a pet peeve in common with a peculiar structure of live performance events here (though it is not specific to Jamaica).

At Sting 2014 in December, a rather cross Wyclef Jean made his way through the persons closest to the stage to get as close as he could to those who he called the real people, so he could get the type of response he wanted. Then, when Destra was at a Bacchanal 2015 earlier this year, she demanded that the barriers between the VIP and general areas be removed before performing Mash It Up.

It was eventually done, but not without the event's security personnel and the organisers getting involved.

Jean and Destra are not the only performers who have had issues with the VIP set-up. I have heard many on-stage complaints about how far removed the audience (as in those who are actually enthusiastic about the stage action) is. The converse has also been said, that the VIP audience is very lacklustre.

However, the most incisive VIP area comments I have heard have been made by Mutabaruka in his role as MC. On more than one occasion, he has lamented how persons in the VIP area pay more money to go into smaller spaces, while the patrons who have paid less money enjoy a much larger area. Added to that are comments that many persons in the VIP area got free tickets - including media people covering the event.

Is a serious thing. Although I have seen the VIP area at live events for well over a decade, I am yet to understand that restricted space in front of the stage. Maybe it is because I very rarely go there, although the media band I would normally be given provides access to the area. It is the second-worst place in the typical converted open field venue from which to watch a concert. (The worst is backstage).

It is simply too close. It is like going to the cinema and siting in the front seat and having to watch the screen in sections. It happened to me many years ago when I went to Riddick late and it was headache time. I guess that, for those who want to watch the artiste only, the VIP area is fine. But the single performer is part of a number of persons on stage, and that stage is a central component to a number of elements which make up the setting.

The wider the viewing angle, the better.

To be in the VIP area is to miss out on a lot of the experience. It is also a very bad place from which to determine if a performer is impressing the audience. For one, I have found that the VIPers are generally not as knowledgeable, as interested or enthusiastic as those beyond the fence. The most incisive and downright funny comments I have heard have been from the back of the audience.

Plus, if there is a stampede, you have space to run. In the VIP you are trapped. And trust me, in VIP sometimes, the sound is just too damned loud.

Alright, cutting it short this week because of space constraints. Next week, we go a little deeper into the VIP area and how it relates to the Jamaican psyche.