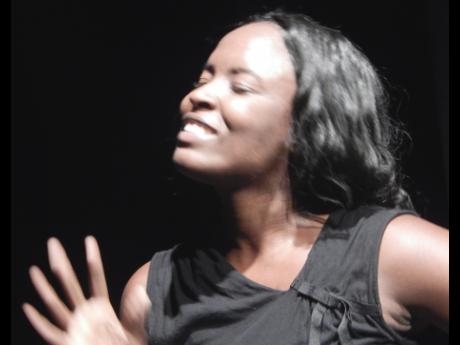 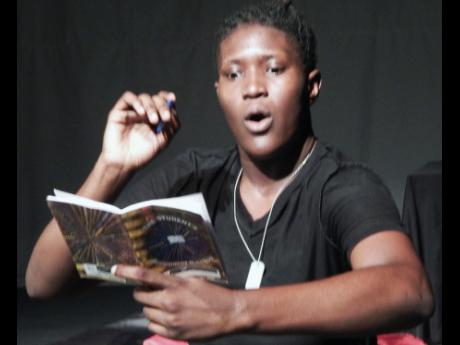 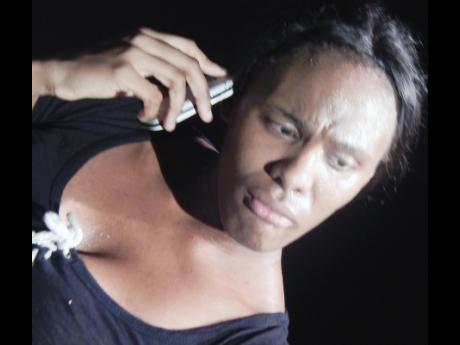 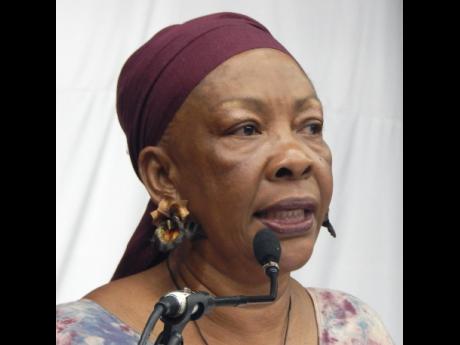 Michael Reckord
Amina Blackwood-Meeks, director of culture in the Ministry of Education. 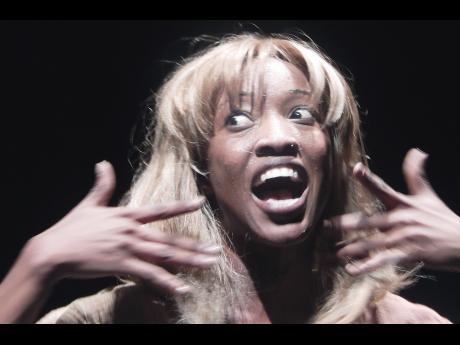 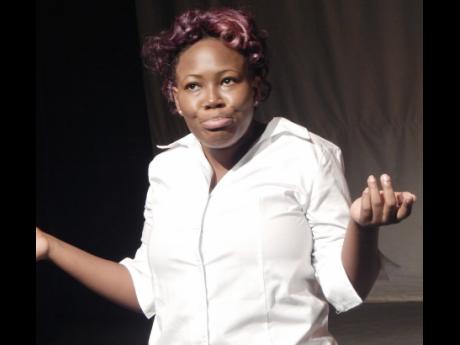 Last week, six final year students at the School of Drama, Edna Manley College of the Visual and Performing Arts (EMCVPA), presented self-created solo pieces to an enthusiastic reception by the packed audience in the Dennis Scott Studio Theatre. By now, the students should have heard if they also pleased the judges appointed by the college.

That is very important, as the judges' grades will help determine whether the students graduate with bachelor's degrees in theatre arts this year. The judging criteria included preparedness, characterisation, design and use of space, use of props, actions and activities, costume, lighting and sound.

In any case, it is highly unlikely that, in the early years of their prospective acting careers, they will have to be on stage alone for anywhere near an hour. Ensemble plays are much more common than one-man shows. And it would also be surprising if all of them manage to get into commercial productions before the end of the year. Producers want experienced (and preferably well-known) actors.

On the other hand, the students' batchmates who pursued the BA in Drama in Education should all be teaching by September.

However, at least one of the six theatre arts students has already been approached by a producer to read for a part in a play. I heard this on Saturday night from both the performer and producer. Since talks are still in the preliminary stage, I will only add that the latter said he wants the production for both Jamaica and the USA.

The first presentation on June 4 was by Ackeem Poyser, the only male student in the group. This points to a problem the school has long faced. Because females greatly outnumber males, it is always a challenge to find plays to produce which have a suitable male-to-female ratio.

Poyser's presentation, which is based on his research into schizophrenia, is titled Delucinations. As the name suggests, it is about a character experiencing both delusions and hallucinations. Soon after the hyperactive character, Lucas, leaps on to the stage, he asks "Who am I?" The play wrestles with that fundamental question. The search for an answer involves the portrayal of several different characters, including Tricia, the woman Lucas marries, and their daughter, Lucy.

Lucas develops schizophrenia, is sent to a mental hospital, Tricia gains custody of Lucy and takes her abroad. Lucas prepares to commit suicide but, interestingly, the voices in his head which previously caused him to act in a crazy manner stop him from leaping to his death.

Kerisha Nelson's presentation, Impelled Female Promiscuity, starts with video interviews with some young people about promiscuity. All seem to see some good in it, but when the actress comes on stage as a preacher at her pulpit, she speaks against promiscuity. In the next scene, however, we see that her husband is being unfaithful and she soon follows suit.

Later, trying to save her marriage, she dons sexy sleepwear but is still rejected by her husband. Back in church, she confesses her own promiscuity and states the situation has taught her compassion.

Chrystal Cole's Inter-ruption is about a woman with multiple personalities. The actress plays them all. The work suggests that the disorder was caused by her Uncle Sam raping her when she was 16 years old. One personality exists to protect her.

O'Neisha Heron's Enough Said is about some problems faced by adopted children. The actress appears early in the piece as "an innocent teenager traumatised by the truth" and on the verge of swallowing all the pills in a bottle.

A flashback shows the girl in her earlier years, virtually abandoned by her hard-working mother. As a teenager, she discovers she was adopted and, later, that her biological mother is in a mental hospital. Still later, after she learns about her mother being raped by her father, the flashback ends and we are back with the teenager and the bottle of pills.

Kamille Smith's Tormented Love is about the cycles in relationships. Smith presents two domestic situations, one in which the woman resists physical abuse by her husband. In the other, the woman is willing to take the abuse, convinced that it is because he loves her and is trying to instruct her about right and wrong.

Daniella 'Staci' Blake's Whitewash: Unmasking Hypocrisies in Black Identity is about the trials and tribulations of Esmerelda, a country girl who is taken to town by her Rastafarian mother when she is six years old. She is teased unmercifully by her classmates about her black skin and 'bad' hair.

At 21 years old, Esmerelda gets a part in a television show as "a single, lower class baby-mother". She is led to investigate her roots and eventually comes to regard herself as an African empress.

Even more interesting than the dramatisations' stories, which were not always coherent, were the artistic ways in which they were told. Included were numerous changes of character and costumes, sound effects, conversations with recorded voices, music, video projections and lights moving around the stage to delineate changing spaces and times. All the elements had been created or designed by the presenting student.

An hour before the June 6 Drama School presentations started, the School of Art, a sister institution in the EMCVPA, launched its own final-year student presentations in the School of Music's Vera Moody Concert Hall. The opening ceremony's keynote speaker Amina Blackwood-Meeks, an actress, storyteller and director of culture in the Ministry of Education, focused on the importance of the arts in the economic and social development of a country.

She also said that the arts are important tools in the design of individual lives and relationships, which I thought was supported by the drama students' presentations.