Humour, hits at Jazz in the Garden 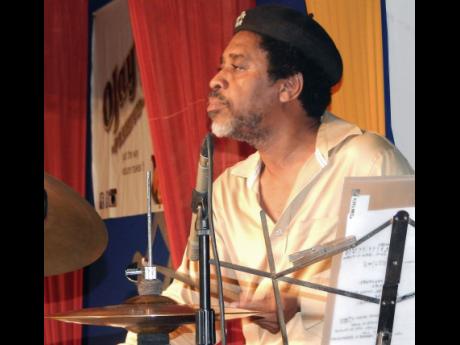 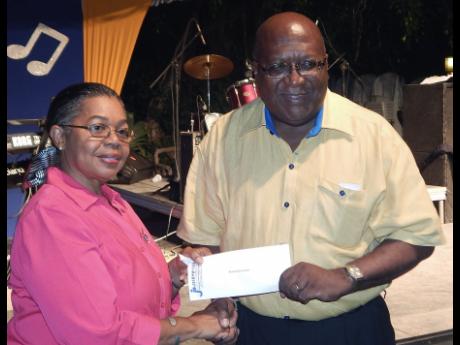 Michael Reckord
Jazz in the Garden producer Nancy McLean (left) hands over a cheque to Orville Hohnson, chairman of the Best Care Foundation, at Jazz in the Garden on Sunday at the Jamaica Pegasus Hotel, New Kingston. 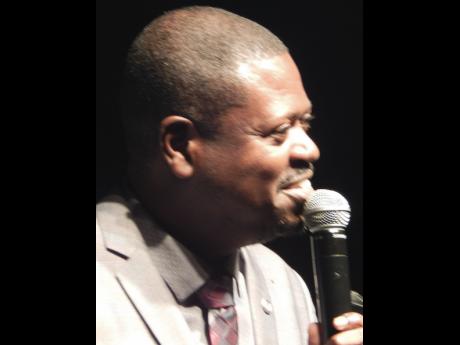 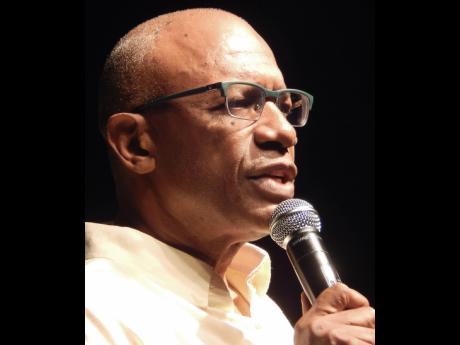 Michael Reckord
The Jazz in the Garden host Michael Anthiny Cuffe did a bit of singing at the urging of a lady. 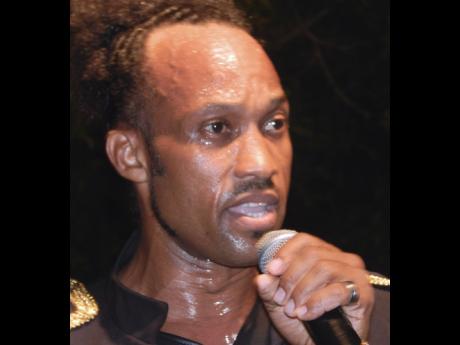 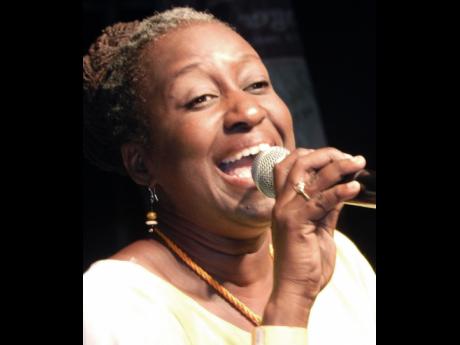 Michael Reckord
Christine Fisher, who had a fabulous night at Jazz in the Garden at the Jamaica Pegasus Hotel, New Kingston, on Sunday.
1
2
3
4
5
6

The audience was treated to more than just jazz as the decades-old Jazz in the Gardens series continued at The Jamaica Pegasus hotel, New Kingston, on Sunday.

In addition to fine music by an on-form band and six singers, the audience got a lot that made the series' subtitle, 'A Feast For The Senses', quite appropriate.

Even as the music appealed to the sense of hearing, a gentle evening breeze was caressing faces and arms. There were tasty drinks and, for some lucky patrons, slices of a birthday/ anniversary cake.

Between 6 p.m. and nightfall there were beautiful flowers to look at, and, throughout the concert, the energetic singers were on display on the low stage. The many smells being wafted around by the breeze can be readily imagined.

She sang during the show's second half and was preceded by Nina Karle, Montana, A'Lisa and Ian Andrews.

The closing act was the Rojjah, whose leather pants, military-style jacket and jerky moves were reminiscent of the late Michael Jackson.

Threading the acts together was the amiable, silky-voiced emcee, Michael Anthony Cuffe. At one point, with some reluctance, Cuffe forsook his assigned role and, at the urging of an elderly female patron, started singing Unchained Melody. To the lady's chagrin, however, he took her to the front of the audience and started serenading her.

He was not very good and could well be added to the list of non-musical events that took place at the concert.

Another was a celebration, which Cuffe organised, involving those who had, or will have, anniversaries or birthdays within a two-month period. More than a dozen people who fell in that category gathered around a table with a large pink and blue cake to get their slices.

The most important non-music event, though, was the handing out of cheques by the concert's executive producer, Nancy McLean, to two deserving charities. The cheques represented part of the concert's earnings.

One went to the Elise Bemand Home for Girls in Meadowbrook, the other to the Best Care Foundation, operator of the Best Care Children's Home and Best Care Special Education School. Orville Johnson, chairman, accepted the latter cheque.

On the whole, the featured singers were very good, though Montana had a shaky start with A House is Not a Home and Rojjah kept complaining that his voice was not at its best. He had had to seek medical attention on the previous day, Rojjah said, but there was no lack of power in the songs that he performed.

Judging by the seated dancing and the applause when the song ended, one of the items that the audience really enjoyed was Montana's Show and Tell. He sang so well that many in the audience would have been

surprised when he said he had waited 10 years to get on to the Jazz in the Gardens series. (Later, we heard that Fisher last appeared on one of the concerts 20 years ago.)

A'Lisa's slow and sincere Hallelujah was interesting in that it was different from her other faster numbers. Her set ended, literally, on a high note with George Gershwin's show tune Summertime, to which she added some humorous lyrics. The singer leaves for California shortly to represent Jamaica in a World Stars talent competition.

One of Andrews' crowd-pleasing songs was a favourite of his, the Louis Armstrong hit Wonderful World, which Andrews sang mimicking Armstrong's gravelly voice. Another favourite was That Wonderful Sound, which Dobby Dobson helped Tom Jones make a hit in Jamaica. It was Andrews' Unchained Melody that initiated the exchange between Cuffe and the female fan.

In her five-song set, Fisher showed her wide vocal range with Troubling Mind, Trying Times and Get Funky. More than the others up to then, she danced a lot around the stage.

But it was the final performer, Rojjah, who made most use of the stage. He came on dancing (while singing Jimmy Cliff's hit The Harder They Come) and never stopped moving. He ended with another Cliff song, Trapped. Showing he was comfortable with non-reggae tunes, Rojjah also sang a slow, sentimental version of the Michael Bolton favourite To Love Somebody.

Cuffe announced that the next Jazz in the Gardens concert would be on Sunday, September 6. The theme is slated to be gospel and jazz.