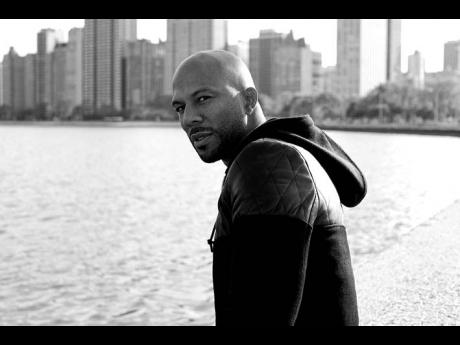 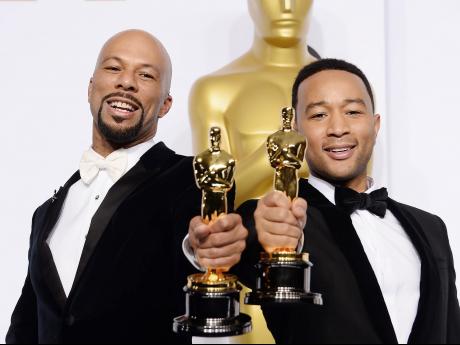 Contributed
United States rapper Common (left) will be the headline act at Reggae Sumfest 2015, International Night One. Here, he poses backstage with John Legend after winning Best Song for ‘Glory’ in ‘Selma’, during the 87th Academy Awards at the Hollywood & Highland Center in Los Angeles on February 22.
1
2

Jamaica can expect a stellar performance from veteran hip-hop artiste Common at Reggae Sumfest 2015, which begins on Sunday. The rapper, who recently won an Oscar for Glory from the 2014 movie Selma, plans to deliver an award-winning performance when he takes the stage for what will be his debut performance in Jamaica.

"They can expect true musicianship, live hip hop at its best, fun, creativity, cultural spontaneity truth and art," said the entertainer, who in recent years has extended his talents into other creative pursuits and is reputedly among the hardest-working people in the entertainment community.

He will perform on Friday, June 17, at the Catherine Hall Sumfest venue.

Common, known for hits such as Glory (with John Legend), Love Is, I Used to Love H.E.R, Retrospect for Life and Gold, among many others, is among a list of some of the world's top performers down to perform in Montego Bay between July 12 and 17. The festival's 2015 line-up also includes singer Jennifer Hudson, Beenie Man, Capleton and Lady Saw, among many others.

Inspired by the likes of the late Michael Jackson and Dr Maya Angelou, as well as the legendary group Earth Wind and Fire, Common mentioned that he has never worked with a Jamaican artiste before. However, if he had a chance, he would love to work with Beenie Man, whom he describes as being "dope".

Though it will be his first time performing here, this will not be Common's first trip to Jamaica and, based on his previous experiences, he has a high regard for the country and its people. "My mother took me to Jamaica when I was about seven years old. That was actually the first time I got out of the country, and it was beautiful. The people were fun and it's a culture that I really respect," he said.

Common has also laid tracks in Jamaica. "I came here to record in Port Antonio at one point and it was a beautiful experience. It was right when I was working on Like Water for Chocolate (his first album for a major label). It stood out for me to come there and record and be out by the Blue Lagoon. Jamaica is one of those places where it's its own place. It's beautiful, the people are strong, and they got soul," he said.

"It stood out for me. There's only one Jamaica."

The rapper continues to work on new material. "I just shot a movie called Barber Shop 3 with Ice Cube, Eve and Nicki Minaj," Common said, revealing that new songs are also in the pipeline. "I have some new music that I'm working on and I'll be performing at the Essence Festival and I'll be in Jamaica, which is going to be incredible. I can't wait for that, I'm working on new projects, new albums, new movies."