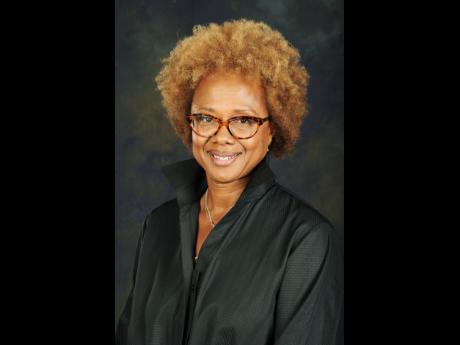 Television executive and journalist Paula Williams Madison was left speechless when the Kingston and St Andrew Corporation (KSAC) presented her with a Gold Medal of the City of Kingston and a citation on Tuesday evening. The presentation was made by the Mayor of Kingston, Senator Dr Angela Brown Burke.

Williams Madison was in attendance at the opening ceremony of the inaugural Jamaica Film Festival (JFF) at the Courtleigh Auditorium in New Kingston. Madison, who is of Jamaican descent, expressed her honour at receiving the medal and thanked Jamaica for the recognition.

"It is not often that I am at a loss for words," she said. "It was always enforced on me that I am Jamaican, and so I thank you for this honour."

Born in Harlem, New York in 1952 to Jamaican Nell Lowe Williams, Williams Madison attended Cardinal Spellman High School in the Bronx and, having excelled academically, was awarded a scholarship to Vassar College. She graduated with her BA degree in 1974. Madison then moved to Syracuse, New York, where she became a graduate student at Syracuse University Newhouse School of Public Communications and was hired as a reporter at the Syracuse Herald Journal. Her career as a journalist led her to hold many leadership positions, including assistant news director at NBC4.

In 2007, Williams Madison was appointed executive vice-president and chief diversity officer of NBC Universal. Williams Madison, who is in Jamaica to help with the JFF activities, vowed to use her expertise to help move the country's film industry forward. "Growing up, I was always reminded of my heritage, so when people ask me 'Who are you?' I say 'I am Jamaican'," she said. "So if it's for Jamaica, I'll do it."