Seven through to Shakespeare semis 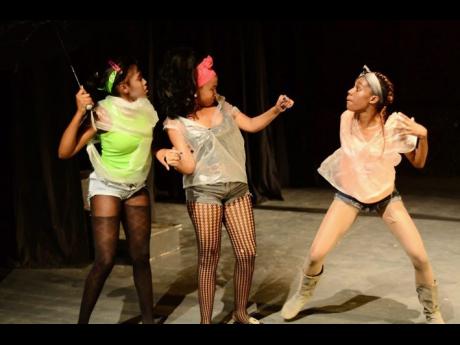 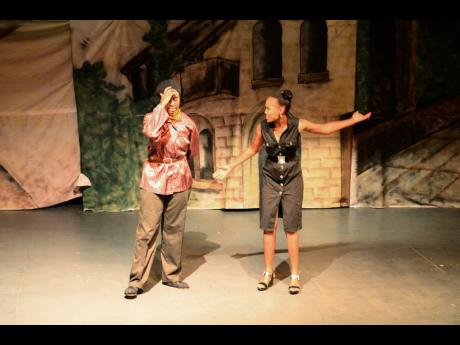 Contributed
An uninterested Kate pays little attention to the wooing of Petruchio in Decarteret College's adaptation of The Taming of the Shrew at the Dennis Scott Studio Theatre, Edna Manley College of the Visual and Performing Arts, last Friday.
1
2

There were shouts of excitement in the Dennis Scott Theatre at the Edna Manley College of the Visual and Performing Arts on Friday, July 3, as the top seven school-based drama clubs in the inaugural JN Shakespeare Schools' Championship were announced.

Waterford High, Campion College, Ardenne High, the American International School of Kingston (AISK), the Wolmers' Trust, Glenmuir High, and a combined Kingston College and St Hugh's cast secured places in the semi-final round, to be held in September.

The drama groups presented a Jamaican adaptation of a Shakespearean work, maintaining elements of the original language. They were judged on their interpretation, characterisation, design and technical management of the production.

Eugene Williams of the Edna Manley College, one of the judges for the competition, said the elimination round was the culmination of an arduous and exciting process for the students and teachers involved.

"This competition required them to translate from their emotional language of creole to the language of Shakespeare and then to dramatise in an engaging manner. It was clearly a transformative experience," he observed.

experience in the education

sector, including devising interventions to improve behaviour and performance, concurred with Williams. She noted that exposing students to theatre can be metamorphic, explaining that various studies show that students who have "art-integrated educational programmes" score higher marks in some areas than those who do not.

"Students in the arts record higher grades in reading comprehension and in verbal and non-verbal communication. They also show more self-confidence and even have better attendance records," she remarked.

The casts delivered 30-minute extracts from A Midsummer Night's Dream, The Merchant of Venice, The Taming of the Shrew, Macbeth, Hamlet and Julius Caesar.

Their Jamaican adaptations included presenting Puck, a fairy from the play A Midsummer Night's Dream, as folk hero Anancy; the three witches from Macbeth as saucy dancehall queens; and Shylock as a honey-tongued Rastafarian.

Many of the presentations were infused with reggae and dancehall music, Jamaicanised pronunciations of the script, and elements of indigenous religious practices.

John Gooden, a student of Wolmer's Boys School, played Petruchio, the wealthy bachelor bent on refining his wife, Kate, in the comedy The Taming of the Shrew. He said participating in the competition was a turning point for him.

"It was a tough learning process. I had to work hard to become Petruchio as he is very different from my own personality, but I enjoyed it. In the end, I surprised myself as I didn't know I had the capacity to remember so many lines," he said, laughing.

Director of the Campion College cast Damion Radcliffe, said he found preparations for the championship developed not only his students' acting skills, but also their leadership potential as they were very involved in many elements of the production.

"I am now grooming two of the female leads to take on the role of director for the next competition," Radcliffe said.

Three of the seven schools will advance to the finals. The winning cast will jet off to London in 2016 to participate in activities commemorating the 400th anniversary of Shakespeare's death.