Diary of a Badman breaks stereotypes 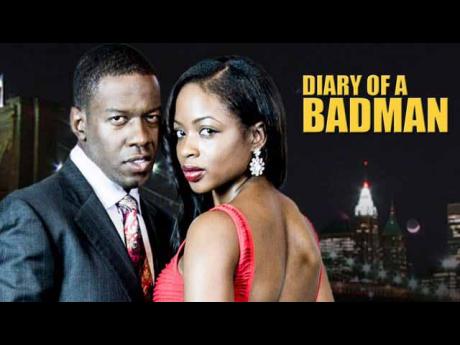 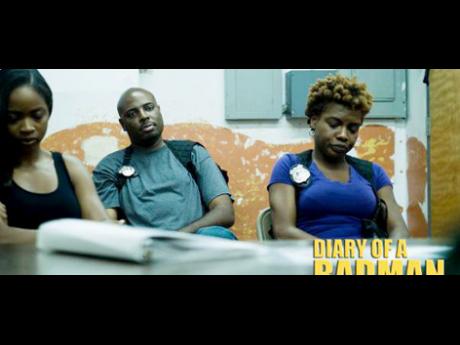 Contributed
A serious moment in 'Diary of a Badman'.
1
2

Ahead of the premiere of his movie, Diary of a Badman, United States-based filmmaker Diemiruaye Deniran said it was a must-see. And on Wednesday night, Jamaicans showed up at the Courtleigh Auditorium in New Kingston to see why. It was evident that the director was not the only one who has a high opinion of the the film, which on Saturday was named Best Narrative Feature.

Stating beforehand that not all viewers would understand and accept the movie's concept, Deniran assured viewers that it wasn't just another 'shoot 'em up' film.

"Yes, the movie has some level of violence, but it is not the regular shoot them up plot that people have become accustomed to," he explained. "There are many stories to be told, and in all of my films, there are many hidden messages to be grasped by the viewers, but you will only get these messages if you have an open mind and watch the film very carefully."

Based on the audience's reaction when Diary of a Badman was over, he was right.

Movie lovers were taken on a journey they would not soon forget as Diary of a Badman had their emotions in a knot for an hour and 50 minutes. Not only were they held in suspense at different moments throughout the film, but the audience was also educated on black history as the movie referenced the ideologies of several influential Jamaicans and African-Americans.

The movie surrounds Detective Simone Williams, a Jamaican immigrant to the US whose aspiration is to work undercover on a high-profile case. When she is finally given the opportunity, she attempts to catch notorious drug Kingpin Winston 'Bucky' Bailey. The job becomes extremely difficult after Simone falls for Bucky and his charming personality and Williams' emotions have her

Although there is some of the violence associated with many Jamaican films, Diary of a Badman sets itself a part from all the pack because of the story that comes alive when the guns are inactive. The notorious badman/druglord is shown to have two different personalities and it shows the vulnerability of man when he falls in love.

The 'badman' that Bucky portrays to his cronies is a far cry from the educated, kind-hearted, strong-willed man he is with Simone.

Explaining the reason behind the character, Deniran said he did not want to portray Bucky as the typical heartless gangster.

"His character comes from people I know who are associated with that lifestyle," he said. "They live that life, but their hearts are somewhere else. They have a reason for doing the things they do."

Deniran also said that Bucky is also a part of him as the writer.

"You will notice that Bucky is well-educated and he gets that from me," he said.

There are 11 cast members in Diary of a Badman. Jacinth Sutphin, who was born in St Mary and plays Simone Williams, Douglas A. Robbs plays Bucky, and Michael Thor Love plays the role of Sergeant Putkowski.

Diary of a Badman is the director's second feature film. His first was Reserved in 2014.

Diary of a Badman was part of Jamaica Promotions Corporation's Jamaica Film Festival, which began on Tuesday and ended on Saturday.