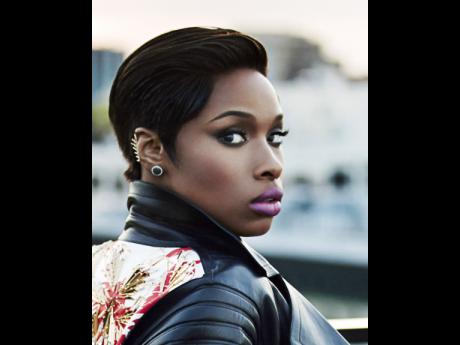 On Saturday, July 18, American singer and actress Jennifer Hudson will perform for the first time in Jamaica, on the Reggae Sumfest stage. She burst on the scene as a contender on the talent search, American Idol, which she won. It has been a series of successes since then and the lady who sings Spotlight is happy to be coming to Jamaica to perform.

"I'm so excited to be performing in Jamaica. Though I have been many times, I've never performed in a setting like Sumfest. The people of Jamaica are so amazing - friendly, welcoming, supportive - so I know the energy of the crowd is going to be something special," Hudson said.

Jennifer Hudson made her film debut as Effie White in the 2006 Dreamgirls, garnering several awards that year. These included an Academy Award for Best Supporting Actress. Hudson went to release her Grammy-winning, RIAA Gold-certified debut album in 2008. The self-titled album entered Billboard's Top 200 at number two and earned the biggest first-week sales for an R&B female entry since 2004. It has sold over 1.1 million copies worldwide to date.

Hudson's sophomore album, I Remember Me, was released on March 22, 2011, to good reviews. The album debuted at number two on Billboard's Top 200 and R&B Albums charts and has since been certified RIAA Gold in the US.

"JHud was such a special body of work for me. I always felt as though it embodied my spirit and my energy, which is so important when it comes to creating. I am grateful to the wonderful response I have received with the music. My fans are the best and to have their support means the world," Hudson explained.

She remains grounded and feels very grateful for where she is in her career.

"I have always tried not to box myself in with ambition. For me, it's always been about doing my absolute best with what I have in front of me and focusing on each individual project to ensure it represents me to the fullest. I'm excited to be heading to Broadway this fall in a reimagination of The Color Purple. That will be my first experience on Broadway so I'm really looking forward to that experience," Hudson added.

The main concert nights of Reggae Sumfest 2015 will be held at the Catherine Hall Entertainment Complex, Montego Bay, St James. The festival is being staged in association with sponsors Digicel, Iberostar, Secrets, Pepsi, the Jamaica Tourist Board (JTB), Red Stripe, Red Bull and The Gleaner.