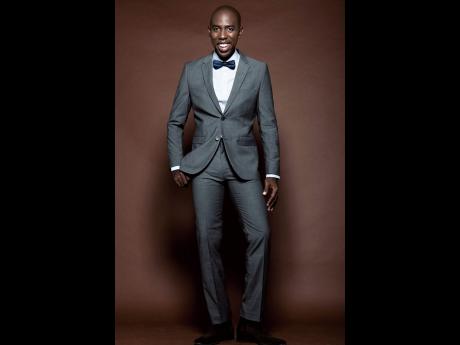 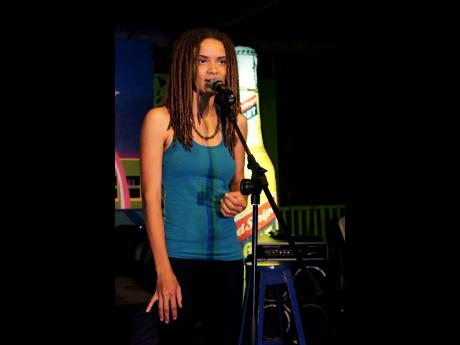 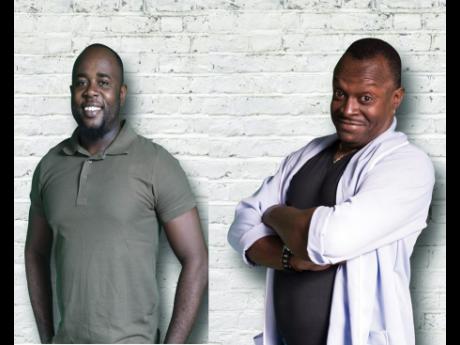 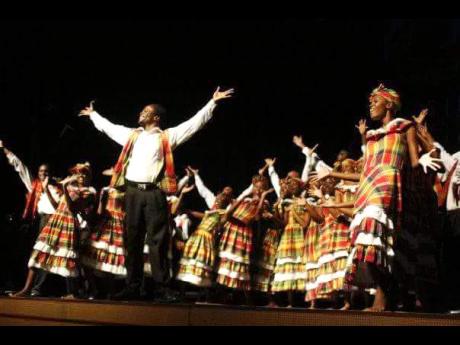 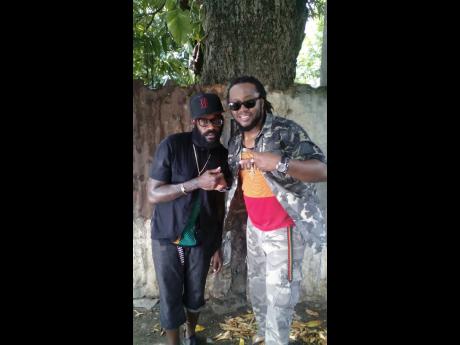 From the runway to television, Deiwght Peters is back on Television Jamaica (TVJ) for the second season of the Deiwght Peters (DP) Show. It returns with Jamaica National Building Society (JNBS) as the new premier sponsor.

"Jamaica National is a powerful Jamaican brand that has a rich 141-year history. The core of the JN brand has great synergy with ideas and concepts that The Deiwght Peters Show represents, namely being progressive, positive, original, proud, culturally savvy and distinctly Jamaican," Peters said.

Peters indicated that the coming season will have innovative and exciting additions to the production, allowing for more engagement among the host, studio audience and viewers.

"The Deiwght Peters Show is an exciting, highly entertaining, culturally rich Jamaican-made talk show, with a unique multidimensional format suitable for the family. And, this time around, for the second season, we decided to include the 'Ask DP' segment, where the in-studio audience can ask me for feedback on personal, family and social matters. Viewers will also be invited to send questions on our Facebook page for feedback," Peters said.

"The segments such as 'Keepin' It Real' will have viewers on the edge of their seats, as I will be covering the issues of the day with my straightforward and no-nonsense feedback. Another fun feature, 'Stylin 876', will involve me, along with other fashion leaders and experts, critiquing all things stylish on the red carpet, Parliament, the social scene, or concert stages," he said.

AMP-FEST is a two-day cultural creative arts festival steadfast in the growth, development and celebration of authentic Jamaican arts, music and poetry. It will be held at Nanook, 20 Burligton Avenue, St Andrew, on Friday, August 7, and Saturday, August 8.

The purpose of AMP-FEST is to amplify authentic Jamaican art and flair, giving voice to unheard talent and a platform for genuine Jamaican art and small businesses, while growing in scale annually.

The festival is organised by Denile Campbell of Electro-Rock Events, in collaboration with Nanook Enterprises. It will feature capoeira, kundalin yoga, kemetic yoga, African dancing and drumming workshops. There will also be various food, clothing and craft booth vendors, such as Veggie Meals on Wheel, I-Nation Books, Welcome2Zeme and Life Child Crafts.

Jambiz conjures up a Baby Scam

Jambiz has announced that its summer production for 2015 is Patrick Brown's unromantic comedy The Baby Scam. The show will have its world premiere at the Centerstage Theatre, New Kingston, on Friday, July 24, at 8 p.m.

The plot is centred around ace pharmaceutical salesman Rocky (Courtney Wilson), who is in seventh heaven, having again copped the coveted prize of Top Salesman for the Year. His prize includes a posh penthouse room at the company's annual north-coast retreat.

All is going to plan until Rocky gets a rather strange, uninvited visitor to his room - the skimpily dressed and alluring Trixie (Sakina Deer), passing herself off as a 'gift' from Rocky's boss.

The newly-wed Rocky will have none of it and politely explains that his marital commitment will not allow him to indulge, much to the disbelief and annoyance of Rocky's bona fide brethren and colleague salesman, the lecherous Scrappy (Glen 'Titus' Campbell), a devout bachelor.

Trixie is soon joined by her accomplice, Lilah (Camille Davis). Together, Trixie and Lilah reveal that they were present at Rocky's bachelor party and explain the real reason they've dropped in on Rocky. Before the dust from that bombshell has settled, Rocky's wife, Bree (Sharee Elise), decides to pay her husband a surprise visit in Ocho Rios. Panic sets in and the real fun begins, as the men first try to hide the two women (who are not particularly willing to assist the efforts), then to explain away their presence.

The Baby Scam is designed by Brown, who also directs along with Trevor Nairne. After opening night, the show will play Tuesdays to Fridays at 8 p.m. and on Saturdays and Sundays at 5 p.m. and 8 p.m. Charitable organisations will have the opportunity to use the production to raise revenue for their ongoing activities, beginning with the JDF

The Nexus Performing Arts Company mounts its 2015 concert season under the theme '400 Years'. The season runs from today to Sunday at the Phillip Sherlock Centre for the Creative Arts, UWI, Mona, at 8 p.m. on Friday and Saturday and at 6 p.m. on Sunday.

This musical offering will span an array of genres and eras of music, which have been composed over the last 400 years and address the issues, which affected society for the time period. The show is a musical conversation which looks not only at heritage, but also issues of the environment and the state of the human condition in general.

Nexus was formed in 2001 by Hugh Douse, artistic director. Within its first year, Nexus won several gold and silver medals in the JCDC Music Festival, with national trophies in the Traditional Folk Music Category, through its signature performance of The Revival.

Internationally acclaimed as one of the world's outstanding choral groups, having been ranked among the world's best choirs, Nexus brought glory to Jamaica at the 5th World Choir Games in Graz, Austria, where they won one gold, one silver and two bronze medals, placing Jamaica 14th of 96 countries, with 441 competing choirs.

The company's musical repertoire is drawn from gospel, Negro spirituals, semi-classical, popular music (including reggae and show tunes), African and classical music of the European and African traditions.

The semi-final round of the Jamaica Cultural Development Commission (JCDC) World Reggae Dance Championship will be held tomorrow at the Ranny Williams Entertainment Centre, Hope Road, St Andrew, commencing at 6 p.m. Admission is free and there will giveaways by main sponsor J. Wray & Nephew.

There will be performances by the JCDC 2015 Festival Song finalists.

The semi-final will feature the top 19 dance groups from across the island, who will compete for a spot in the grand final on Wednesday, August 5, at the Independence Village, Ranny Williams Entertainment Centre, starting at 8 p.m. The Jamaican dance groups will compete against dancers from Japan at the grand final for the coveted 2015 World Reggae Dance Championship title. There are more than $2 million in cash and other prizes to be won.

The World Reggae Dance Championship, which started in 2006, continues to unearth and showcase several dancers each year, locally and internationally. The championship is also one of the JCDC's fastest-growing competitions and attracts an international audience each year.

Duane Stephenson, who is gearing up for his tour in Africa this summer, has finished shooting the music video for Ghetto Religion from his Dangerously Roots album.

The single, a cover of the 2003 R&B track by R. Kelly featuring Wyclef Jean, depicts the life of those who reside in inner-city communities, focusing on the joy they exude despite the depravity that surrounds them. Duane is supported on the track by Tarrus 'Singy Singy' Riley.

The video was originally slated to be shot in the latter part of this year. However, because of the song's popularity, the visual promotion timetable was rescheduled.

Directed by Damion Gayle of Warrior Music, the Ghetto Religion video is the second video from Dangerously Roots shot by Gayle, who directed the Rasta For I music video as well.

The Morant Bay, St Thomas, location was chosen because it portrays the essence of the song.

"The reactions of the people in the video are real. In the face of economic turbulence, people still find a way to live easy, enjoy themselves, and be alive." Stephenson said.