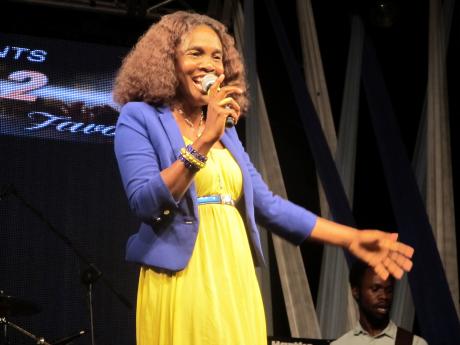 As the country gets ready to celebrate 53 years of Independence, the Jamaica Cultural Development Commission (JCDC) has announced that the Ranny Williams Entertainment Centre, Hope Road, St Andrew, will be the home of national activities for this year's Emancipation and Independence Celebrations.

In a release sent to The Gleaner, JCDC said the centre will be transformed into an Independence Village and will host a number of activities which promise to create a thrilling experience for Jamaicans, as well as visitors to the island.

The village will feature daily and nightly activities for the family, including lunch-hour concerts, exhibitions, panel discussions, food court, petting zoo, a Kiddies Village, rides and other attractions.

There will be promotional booths and displays by private- and public-sector companies, some of which will provide services on the spot.

Among them are the the Registrar General's Department, Passport Immigration and Citizenship Agency (PICA) and Jamaica Urban Transit Company (JUTC) Top-up Service.

The Independence Village will be open from Saturday, August 1, to Thursday, August 6, noon to 5 p.m. Admission is free and a nightly entertainment show will be part of activities at the venue.

The 2015 Emancipation and Independence activities will be celebrated under the theme, 'Proud and Free! Jamaica 53'.

The JCDC is encouraging Jamaicans to participate in the return of Festival Fashion under the theme 'Bandana wid Denim, Ketch di Fashion Riddim'. Person are also encouraged to wear the national colours during the festival season.

Celebrations will kick off on Saturday, August 1, with Market Place on Hope Road, replicating the popular 'Sat'day' shopping experience on Hope Road (in the vicinity of Jamaica House and King's House).

The area will be transformed into a vibrant marketplace, open 6 a.m. to 5 p.m. The day's activities will culminate with the Miss Jamaica Festival Queen Grand Coronation show at 8 p.m.

On Sunday, August 2, the grand finals of the 2015 Jamaica Gospel Song contest will be headlined by gospel sensation Judith Gayle on Saturday, August 2, at 7 p.m., at the Ranny Williams Entertainment Centre.

Other activities scheduled to take place throughout the week are The Auntie Roachie Festival, Mello Go-Roun' and the World Reggae Dance Championship.

The 2015 Independence celebrations will culminate on Independence Day with the Grand Gala at the National Stadium on Thursday, August 6.