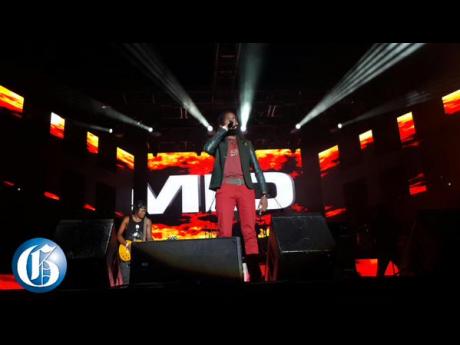 Jesse Royal, the reggae singer from Maroon Town is perhaps one of the most underrated artistes in Jamaica, but his performance at Reggae Sumfest served as a clear reminder of his potent talent.

Royal took the stage at 11:45 p.m. and quickly delved into his catalogue of hits such as So Long Rastafari Call, Preying On The Weak and the big local hit Modern Day Judas, which had the crowd singing along.

His stage craft was yet another brilliant example of why he is so highly respected and sought after, especially in Europe, where he spends most of his time on tour these days.

Gimme Likkle Herb, a track which highlights his call for the legalization of ganja, was well received by the masses, while Ghetto Girl, paid homage to love from a girl who lives in an inner-city community.

The consensus from a number of onlookers was that Jamaica needs to see a lot more of Jesse Royal, who remains a major crowd puller across Europe, but who is far less recognised in Jamaica.

Following on the heels of Jesse Royal was Kabaka Pyramid and his blazing performance raised the already sizzling temperature up a notch, to set the tone for US rap artiste Common, who was set to hit the stage after him.

‎myReport Assignment: Send your photos, stories and videos from Reggae Sumfest 2015 and see them online. It's easy! Just log on to www.jamaica-gleaner.com/myReport, sign up and send today!