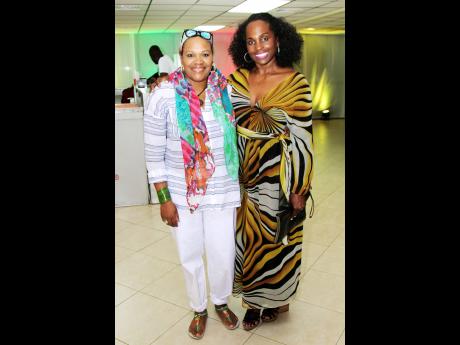 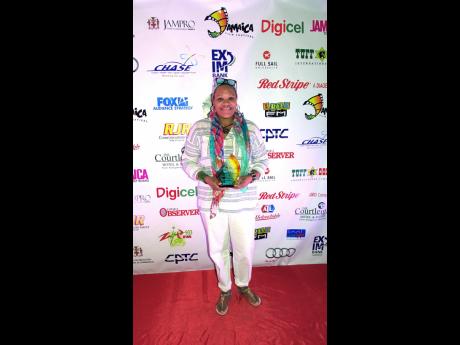 Contributed
Ann Marie Bryan with the award for Best Narratuve Short, won by her film 'The Shattere Mind', at the Jamaica Film Festival's closing ceremony on Saturday, July 11.
1
2

The Shattered Mind won Best Narrative Short at the recently concluded Jamaica Film Festival. Inspired by true events, it chronicles the life of misplaced teenager Zhane Rain, who struggles with a traumatic past and suffers from nightmares and flashbacks that take her back to childhood. As she tries to discover herself, Rain leads a double life as a hearing person and a deaf person.

Although many realise that the film-maker, Ann Marie Bryan, is deaf, what they may not know is that she is Jamaican. In an exclusive interview with The Sunday Gleaner, Bryan spoke about how she overcame the challenges posed by the barriers of sound.

Bryan left Jamaica when she was around four of five years old, when her parents decided to chase the American Dream. As far as she knows, Bryan was born with the ability to hear.

"A relative told my sister that I

fell and hit my head," she said, communicating with The Sunday Gleaner via email. "I also have a reason to believe I suffered from amnesia, because I don't remember much about my childhood in Jamaica throughout the age of five. They (her family) said I was born hearing and I remember hearing some things vaguely."

As a film-maker, Bryan says she wants to produce films about her experiences living as a deaf person in a world awash with sound.

"I want to tell and expose stories to different audiences. I want to make films that expose the human side of deaf and hard of hearing people from all backgrounds, especially people of colour," she said. "My films are geared towards a universal audience. It's the kind of films or stories I prefer to target and they are not limited to just deaf people. My goal is to increase positive representation about the black deaf perspective or people of colour."

Through her films, Bryan addresses a variety of issues such as the mistreatment of deaf and hard of hearing people, race, family conflicts, same-sex relationships, domestic violence, rape, police brutality, and interpersonal relationships between deaf and hearing people.

Although film-making is now her passion, Bryan told The Sunday Gleaner that it wasn't always what she wanted to pursue.

"It (film-making) found me. I always loved sports. I played basketball and softball," she revealed. "I had an interest in physical education and physical therapy, in exercise science, and it wasn't until I was studying at New York University that I started to have a passion for film-making."

Bryan was presented with the Best Narrative Short award for Shattered Mind by the Jamaica Film Festival at the closing ceremony on Saturday, July 11, at the Courtleigh Auditorium, New Kingston. A surprised Bryan thanked the organisers, stating that she wasn't expecting to win an award and felt honoured by the recognition.

She also thanked them for implementing structures that enabled her to participate, adding that in the coming years, they should make some adjustments to ensure that the deaf gain full access to the festival. She also thanked Tamra and Janelle Ferguson for making her stay in Jamaica enjoyable.

"If not for them, I'd be a lost cat in the woods. I am grateful for their assistance," Bryan said.