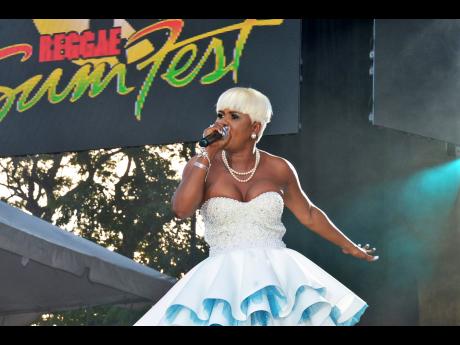 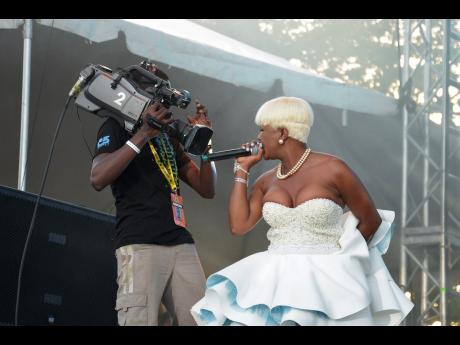 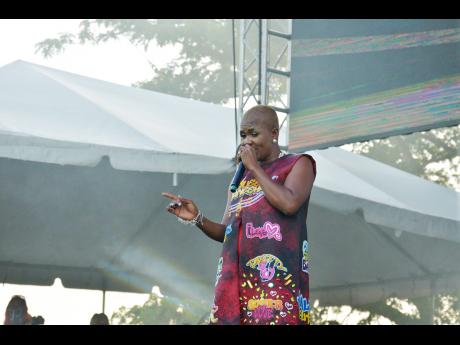 Having decided to do what no woman had ever attempted when she accepted the offer of closing Dancehall Night of Reggae Sumfest 2015, Lady Saw gave a performance that reflected the many sides of her sometimes thought-provoking persona.

In a performance lyrically rich in quality while raunchy, contentious, and explicit in some aspects, Lady Saw gave the full house, which had patiently waited for her early Friday morning at the Catherine Hall Entertainment Centre, Montego Bay, a performance that should be long remembered.

After opening her set at 5:58 a.m., advising in song that "you don't have to hate me", Lady Saw, who was nattily attired in an off-white wig which matched her fluffy and somewhat revealing outfit, she followed up the theme to chastise her detractors, as Saw got cross, angry, and miserable.

According to Lady Saw, an unnamed dancehall artiste has been trying to cast her in a bad light, going around and bad-mouthing her. However, Saw made it clear that she was neither frightened nor intimidated by what was being said as "no gal nuh bad like me .... Me a de female Addi (Vybz Kartel) .... No gal no more than me."

better than her detractors

Saw said she was doing much better than her detractors in both her career and personal life, noting that she is in excellent physical condition and, unlike her enemies, does not need cosmetic surgery to look good.

With the fans warming to her roller-coaster performance, Lady Saw suddenly stopped in her tracks and caused some jaws to drop when she removed the wig, revealing a completely bald head.

As promised in interviews leading up to Reggae Sumfest, Lady Saw invited deejay Lisa Hyper to join her onstage and, after they did a song together, Hyper did a potent rendition of Mi Man Dat before making her exit.

With her breasts already bobbing prominently in her low-cut outfit, Lady Saw caused some eyebrows to raise when she decided to change outfits on the stage. In slipping out of one outfit and into the other, her belly and black underwear were exposed for all to see, but the deejay seemed unconcerned.

After having fun with one of the cameramen on the stage, drawing screams of delight from the ladies at the front of the stage, Lady Saw returned to throwing barbs at her detractors, claiming that they were not in her league.

In speaking about her continued potency as a top-flight dancehall star, Lady Saw noted that, despite being around for so many years, it was she and not her detractors who the promoter felt was the right person to close Dancehall Night. "Mi bad like that ... Mi can open the show and mi can close it," said Lady Saw, noting that she represents the type of force in the dancehall that must be respected. She went on to urge her detractors to seek to come to terms with her success.

In ending her set, Lady Saw reeled off her hit song, Heels On, which the fans sang word for word with her before signing off with her song for the season, Summer Love.