Two decades since Til Shiloh 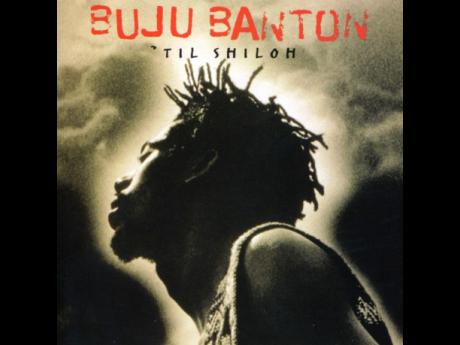 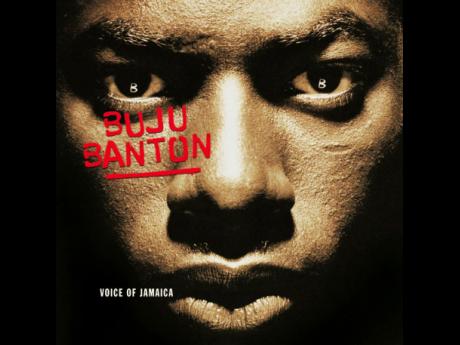 Contributed
The cover of Buju’s ‘Voice of Jamaica’ album. 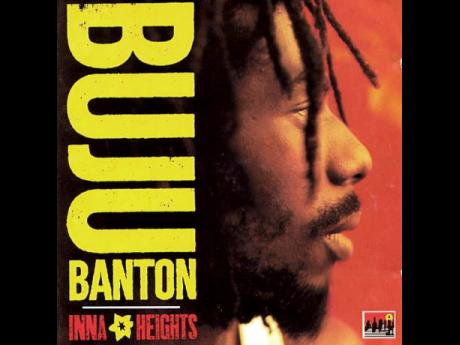 Contributed
The cover art of ‘Inna Heights’, which followed ‘Til Shiloh’ and had many songs recorded in the same period. 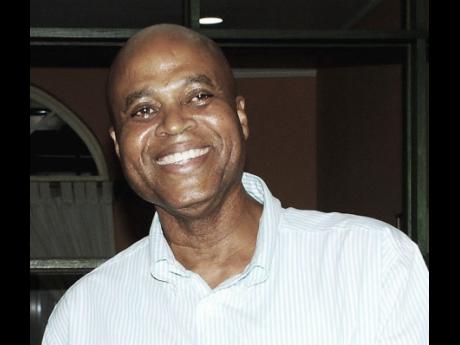 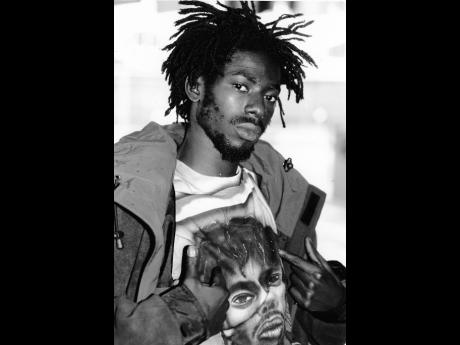 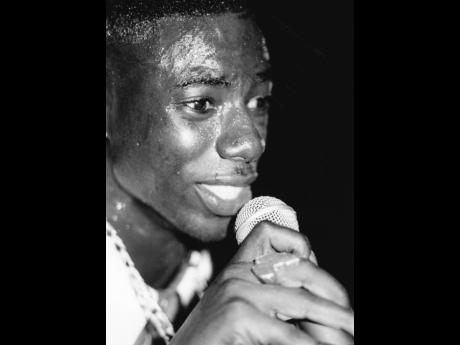 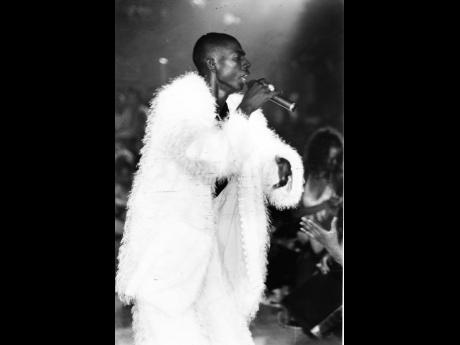 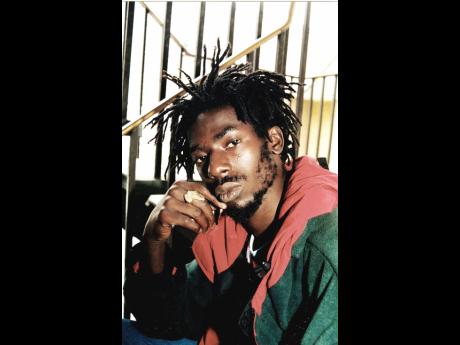 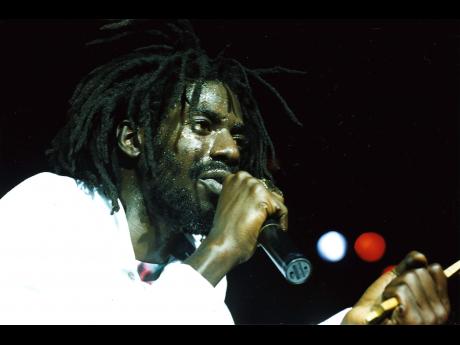 It has been 20 years - plus a day - since Buju Banton's fourth studio album, 'Til Shiloh, was officially released through Loose Cannon (an Island Records subsidiary) on July 18, 1995. It was three days after his 22nd birthday.

Much of the album's content was starkly different from previous full-length sets such as Mr Mention. And the cover image of a pensive budding dreadlocks Buju in profile - his hair springing upright before time and length would bring it downwards - a dramatic departure from the cha cha boy with a hint of an all-knowing smile peering over shades on Mr Mention.

'Til Shiloh opens with the title track, all 21 or so seconds of it, with no music. It is a statement of transition, faith and determination to stay the course, despite the cynicism of those who doubt the validity of his spiritual conviction. Buju

"The sceptre shall not depart from Judah, nor a lawgiver from between his feet, until Shiloh come; and unto him shall the gathering of the people be." (King James Version)

And, at the genesis of the album, makes his statement:

But Jah love we will always believe in

Though you may think my faith is in vain

Til Shiloh we chant Rastafari's name"

As he is in a US prison, it is not known how - or even if - Buju celebrated the 20th year since the release of an album that marked his transition from latest dancehall ruler to roots reggae seer (although there had been hints of what was to come on his preceding album, Voice of Jamaica, both in the album's sombre full face cover art and the remake of Tribal War featuring Tony Rebel and Terry Ganzie). But in his Kingston studio, producer of 'Til Shiloh, Donovan Germain, sits in his favourite place, before the mixing board at Penthouse Studio, and is animated, introspective and everything in-between as he remembers the making of a modern classic.

He had known Buju's voice before he met the then teenaged deejay, listening to Man Fe Dead and declining to release it on his label (although it did not go too far from home, eventually put out by Penthouse engineer Dave Kelly on Rude Boy Kelly). When he saw the man behind the striking vocals, who he first heard about from engineer Stumpy (who Buju would later reference in Bogle) who said that Stamina Daddy (recorded for Winston Riley's Techniques) "a mash up the whole a Portmore", Germain was impressed.

"I met him the same day. I just came after the song was recorded ... You can see struggles pon him," Germain said. "Him clothes, him sneakers ... You saw struggles on him, but one thing I can say, you saw talent also. You saw a diamond in the rough."

"What impressed me with him was that when he came, him have a little exercise book in him pocket, pull it out and jus' a go through songs that him write, that were written down." Among them were Woman No Fret, Operation Ardent and most of the songs on the Mr Mention album. "He had them written down before he came to the studio," Germain said, adding that Buju also had the melodies.

"The man ready and him going to be at the studio on time," he added, emphasising Buju's punctuality, which remained with him on tour. "That's what me respect him for. You say 10 o'clock, 9:30 you going to see him there. He took that with him when he became a big star, on tour. If the bus going to leave 9 a.m., you know when you go down there you going to see Buju on the bus. If we have a late night show and he thinks he might have a problem waking up, him going upstairs, him bathe and him going to sleep on the bus. Him not going to make that bus be late," Germain said.

It is something that Germain impressed on Buju from early, to respect people's time. Similarly, Germain says he has regard for the changes that time inevitably brings to the artistes he works with, so when Buju embraced Rastafari there were no issues. Germain says he does not interfere with what the artiste does - his job is to make what they bring to him sound as good as possible. "My job was to facilitate him in that area he was transitioning to," Germain said.

Plus, the change was coming. "It was a natural progression, if you look back to how Buju progressed. Because after Buju a run the dancehall, what more was there to prove? So him had to do something different," Germain said.

It did not hurt that there was the previous successes that had provided a financial cushion, Germain noting that Buju owned a house at 19 years old, giving him the stability and security to create freely.

And preceding Til Shiloh were dancehall hits like Good God of My Salvation and How Maasa God World a Run, strong indicators of what was to come. "Gradually he made the transition. And in doing those songs him still find time to do Good Lookin' Gal, Grudge," Germain said.

"When we a do the album that wasn't a part of it. That was on stage show and I say to him, record it and make that be the opening. Of the project," Germain said, describing Buju as a complete artiste.

With Untold Stories the last track recorded and Buju and Glen Browne taking the house down at the Tamika Awards with it, plus IRIE FM's Big A giving it good rotation, Germain knew he had a good album on his hands. However, ahead of release he would not advance an opinion on it as a classic as there are no guarantees in the music business.

He got the proof soon enough. "The first place we went and performed songs from that album was in Nassau, Bahamas. I remember the night. We were rehearsing here and we put in Untold Stories, Hills and Valleys (which came on the next album, Inna Heights, which had many tracks recorded in the 'Til Shiloh period), Til I'm Laid To Rest - about five songs. I remember the night in Bahamas, in the summer, when Buju start sing the songs back to back, the people just stay so, a look at him so. Them nah feel the song them yet, them jus' a look at him, until him go back and sing the Batty Riders, the songs them familiar with," Germain said.

"You see six moths after that, is police escort have to carry we from the hotel to the venue. Same Nassau ... People tear down all the fence to go in. Everywhere you turn, full house ... When you realise from the band strike up the song, the audience a sing the song with you, before him even sing. Most time Buju don't sing Untold Stories til the second verse. The audience sing the song. Everywhere in the world we went, that was the reaction of the audience.

"That kind of reaction, you say wow, this is very special. Because you never had that kind of spontaneous reaction to songs," Germain said. "And it was not just Untold Stories - it was Not An Easy Road, Wanna Be Loved. When Buju go it was like a mass choir. It was not him alone up there singing. At that point you knew, wow, this is a special set of songs."