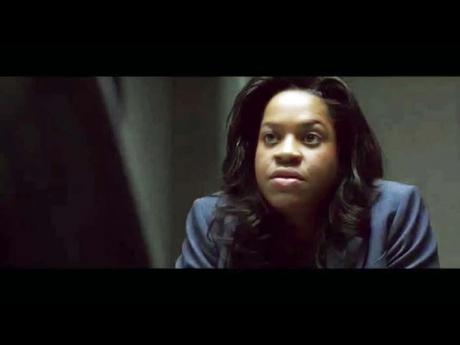 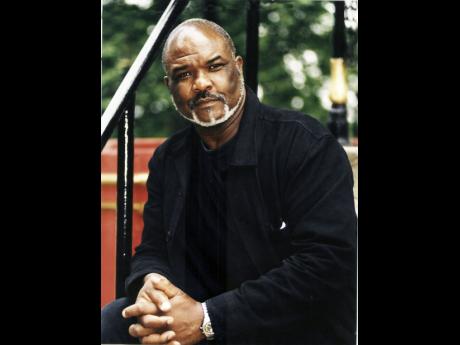 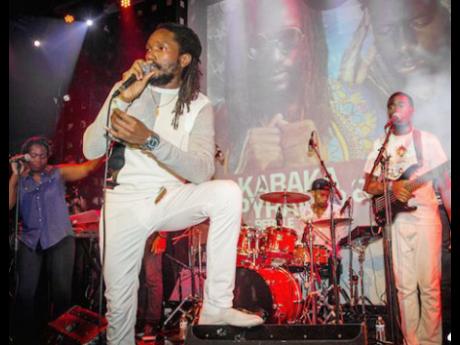 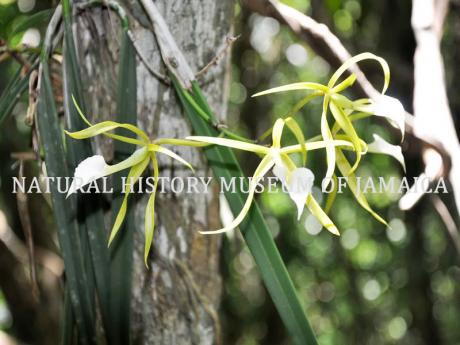 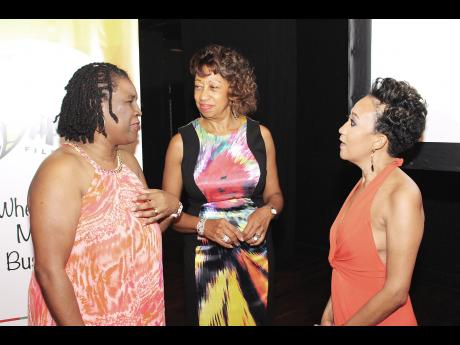 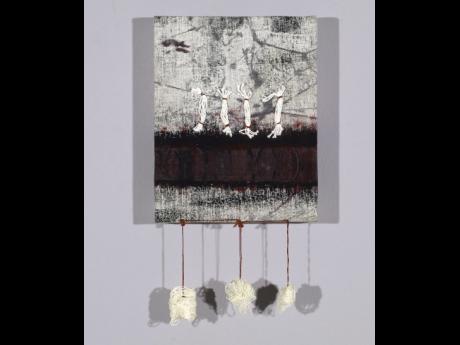 Hyatt to do public lecture

When your parents are legendary comedian, actor and broadcaster Charles Hyatt and musicologist and art historian Vera Hyatt, it may be fair to assume that the arts is in your blood. This can be said for actress Michael Hyatt who, after a string of memorable stage performances (including her turn in the multi Tony Award-winning Broadway production Ragtime), has transitioned to the silver screen with her featured role in the Oscar-nominated Nightcrawler, starring Jake Gyllenhaal.

Hyatt has a BFA from Howard University and an MFA from New York University Tisch School for the Arts. "I consider art, at its best, to be a spiritual experience, and artists to be vessels of that experience," she says. "My desire is always to step out of the way (meaning my ego self) and allow truth to be spoken."

She will share this "truth" and other insights with Jamaican actors and other industry practitioners tomorrow at the Dennis Scott Studio Theatre, Edna Manley College of the Visual and Performing Arts, beginning at 10:30 a.m. Entry is free to the public.

Kabaka Pyramid has just returned to Jamaica after a United States tour with his band, the Bebble Rockers, and fellow 'Young Lion' Iba Mahr. The tour spanned 24 shows over 30 days, starting in San Diego, California, and ending in Manhattan, New York, on the legendary SOB's stage.

The journey took Kabaka through the hills of California, making stops at the Reggae in the Hills Festival, Sebastopol and Nevada City. Then it was through Colorado, Texas and New Orleans, before heading up the East Coast, performing for fans in Florida, and then passing through North Carolina, Virginia Beach, Washington DC, Maine, Boston, Vermont and Rhode Island.

The tour was presented by Bebble Rock Music and Born Rollin' Productions, in association with DestineMedia, Largeup.com, Aurora Innovations and Roots Organics.

Kabaka Pyramid will be returning to the US for the North West World Reggae Festival in late July and will be touring in a number of other regions, including Seattle, Vancouver, Toronto and Brampton, Canada. Fans in Costa Rica and Trinidad and Tobago will be seeing the Bebble Rockers in late August and then, in October, Kabaka will be heading out for a one-month tour of Europe.

From August 10 to 14, the National Gallery of Jamaica (NGJ) will be hosting a journal workshop, WRITIVITY, for students preparing to sit visual arts examinations at the Caribbean Secondary Education Certificate level. The workshop is being coordinated by the NGJ's Education Department as part of its summer programme.

WRITIVITY will focus on guiding students through approaches to developing the reflective journal, a key component of the School Based Assessment (SBA) submissions for CSEC visual arts. The reflective journal typically requires students to document in pictures and text the progression and development of their SBA artworks, as well as the associated research.

WRITIVITY aims to assist the students' understanding about how to approach this task by utilising the NGJ's permanent collections as points of reference for critically assessing works of art and artists, in order to create different types of documentation about them. The workshop also aims to familiarise the participants with the research resources of the Education Department, which manages a small but unique collection of exhibition catalogues and various art-related books and other documents.

The WRITIVITY workshop will be held daily from 9:30 a.m. to 1:30 p.m. at the NGJ. Interested persons should call or email the NGJ in order to register. The workshop is free of cost, but space is limited, so applicants are encouraged to register as soon as possible.

On Monday, June 22, the chorale launched its summer concert tour of Elijah. The launch brought together tour sponsors, the CHASE Fund, J. Wray & Nephew as well as members of the chorale and specially invited guests for a cocktail reception.

Under the distinguished patronage of His Excellency the Most Honourable Sir Patrick L. Allen, ON, GCMG, CD, KSt.J, the soloists Sir Willard White, Sylvia Kevorkian (soprano), Leah Johnson (contralto) and Byron Johnson (tenor) will be joining the chorale Philharmonic Orchestra of Jamaica on tour. The tour dates are as follows:

The ticket outlets are:

Orchid of Paradise Exhibition at IOJ

The Natural History Museum of Jamaica (NHMJ), a division of the Institute of Jamaica (IOJ), is hosting its latest exhibition, the Orchids of Paradise.

Orchids of Paradise will showcase a diverse array of orchids native to Jamaica, rare historical artwork and books, as well as preserved and live specimens, in an effort to educate the public on the role of these plants in our ecosystem. The exhibition will be mounted at NHMJ's Discovery Room at 10-16 East Street, Kingston.

The Orchids of Paradise exhibition will also be the main attraction at this month's Saturday Opening special. The Saturday Opening event will feature a presentation by Judeen Meikle, along with a kids' session where children will create a special 'head in the hole' installation for visitors to use as photograph keepsakes.

The NHMJ is mandated to maintain flora and fauna collections and information relating to the rich biological diversity and natural history of Jamaica.

The Natural History Museum of Jamaica (NHMJ), a division of the Institute of Jamaica, recently hosted the closing ceremony for the Museums Connect project at the Greater Portmore Junior Centre, St Catherine.

The closing ceremony highlighted a number of achievements from the Museums Connect restorative project, which commenced in September 2014. There was also an official handover of the restored site to the Portmore Municipal Council.

A project staff - a scientist and four citizen scientists from the Patricia and Philip Frost Science Museum - joined the NHMJ staff in the final restorative activities and closing ceremony at the Greater Portmore site. Several dignitaries from the United States Embassy and the Portmore Municipality also attended to present certificates to participating scientists and staff, and also participated in the official unveiling of the signage for the site.

The NHMJ partnered with the Patricia and Phillip Frost Museum of Science (Frost Science) in Miami, Florida, to pursue an environmental conservation project under Museums Connect, a joint initiative of the US Department of State's Bureau of Educational and Cultural Affairs and the American Alliance of Museums.

A Greater Portmore urbanised site adjacent to the Greater Portmore Junior Centre was selected. The area has now been transformed into a hub for native plants to grow in abundance and a signage has been erected to educate citizens and community members on these plants.

When Red Stripe was approached by JAMPRO to partake in and partner with the inaugural Jamaica Film Festival, the company jumped at the chance, seeing it as an opportunity to build a stronger foundation for aspiring film directors, actors, producers and those involved in the film industry.

"We stand behind JAMPRO's efforts to revolutionise and grow Jamaica's film industry and, in turn, unlock key linkages for the creation of jobs and establish a platform for discovery of new talent," said Dianne Ashton-Smith, head of corporate communications at Red Stripe.

She said "It is this art of cinematography that we have seen over the last few days (at the festival) and that we will see for years to come. This industry, our industry, is without doubt the most important cultural force in the world. It is also one of the most costly art forms. This means that it is dependent on funding and sensitive to economic recession. Although able to draw on the traditions of narration in oral culture, it is still an evolving cultural form in Jamaica, needing the requisite policy and ongoing dialogue between industry and Government."

Ashton-Smith said that, under its Diageo Learning for Life Programme, Project Entrepreneurship, Red Stripe will be launching a new course, The Business of Film.

"Thank you JAMPRO for spearheading this. Through the Jamaica Film Festival, we can retool the film industry as a conduit for bridging cultural understanding, encouraging artistic development and excellence and provoking thought through film," she said.

Red Stripe has signed on for the next two years as sponsor of the film festival.

The National Gallery of Jamaica's Last Sundays programme for July 26 will feature artists' talks to accompany the current exhibition, Explorations 3: Seven Women Artists, which invites viewers to reflect on the role and status of women in the Jamaican art world. Participating artists will include Miriam Hinds-Smith, Amy Laskin, Prudence Lovell and Berette Macaulay, who will speak about their work and the issues that surround it in the context of local and global debates about the role and advancement of female artists in the art world.

Visitors will not only be able to view the Explorations 3: Seven Women Artists exhibition, but also the Kapo and Edna Manley galleries, the Historical Galleries and the A.D. Scott Galleries, as well as a temporary exhibition consisting of sections from the Gallery's modern Jamaican collection which is staged while those galleries are being refurbished. The latter exhibition includes major work by Edna Manley, Albert Huie, Carl Abrahams, Koren der Harootian, David Pottinger, Barrington Watson, Eugene Hyde, Mallica 'Kapo' Reynolds, Everald Brown, Albert Artwell, Colin Garland and Gloria Escoffery.

As is customary on Last Sundays, the doors will be open to the public from 11 a.m. to 4 p.m. and admission, guided tours and children's activities will be free. Contributions to the donations box are greatly appreciated and help to fund exhibitions and programmes such as the Explorations series and Last Sundays programming. The gift and coffee shop will also be open for business.