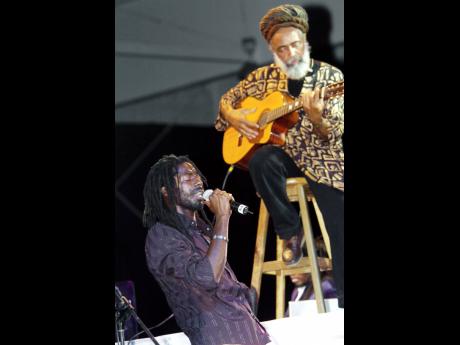 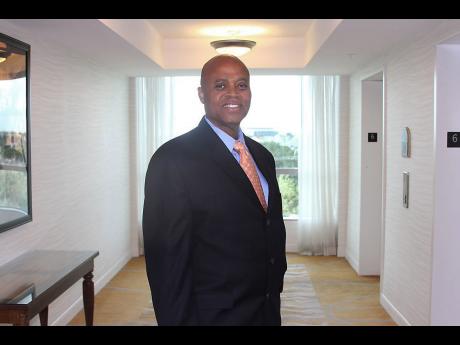 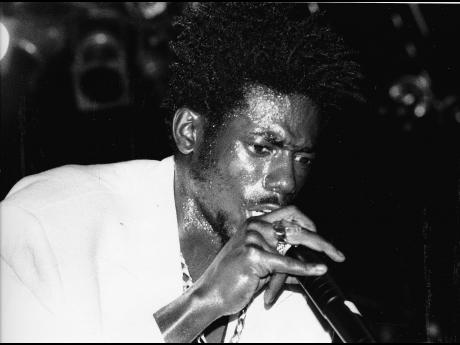 UNTOLD STORIES is a standout song on Buju Banton’s ’Til Shiloh album, which was released in July 1995, this month marking its 20th anniversary. Guitar and gruff deejay vocals combine to create a song which not only lasted, but has become an inconcert singalong down to the last repeated “the full has never been told”.

However, Untold Stories could have remained totally untold as producer of ’Til Shiloh Penthouse Records’ Donovan Germain tells The Sunday Gleaner that it was the last song recorded for the set. The idea for the song came after the album was supposed to have been finished.

“When we recorded ’Til Shiloh, every night after we done in the studio, we used to play dominoes – me, Dave Kelly, Tony Kelly, everybody around the studio. So we put the songs together and we had a little tape player. The thing a play and we a play domino, play domino. And by the time we look round, we see the album done. So I say to Dave, ‘The album done so fast’!” Germain said.

They tried again. “I put it again and the album just finish fast,” Germain said. “I say ‘Damn! This album finish so quick.” And it was not a matter that the actual time that elapsed was less than an album would normally take, but “the songs were so nice it seemed like a short space of time.”

Naturally, that led to thoughts of what more could be done to ’Til Shiloh. Germain went into the studio again, listened to the set of songs and said to Buju “This album missing something. I don’t know what it is.”

The missing element was soon identified. “I remember the night me and him a drive go up the road and I said to him,

By the next morning, Buju came to Germain with a song he wanted the producer to hear. The Sunday Gleaner asks Germain if it was a song that Buju had written previously or if it was written between when the idea came up and when it was presented. “I can’t answer that question,” Germain said. “All I know, the next morning him come and a sing the song to me.”

That was in Penthouse Studio, then on Slipe Road, below Cross Roads, and Germain immediately called Glen Browne. “I remember when Glen come and we made Untold Stories,” Germain said. “Right there so.”

Other musicians came, German said, and “the song so infectious everybody want to play something on the song”. Stephen ‘Lenky’ Marsden wanted to put on a ‘one note’ bass. Then, Germmain said, “Me call Brian and Tony Gold and put on the voices on it. The song just evolve. Dean Fraser put in a little something on it.”

It was not long before Untold Stories hit the airwave, long before the rest of ’Til Shiloh. Germain had the Penthouse Hour programme on IRIE FM and announcer on the station Big A would come to Kingston regularly to find new songs. "I remember Big A come and hear the song. Him say, 'My God!' And him take the a cappella of the song and him go to IRIE and play it for about half hour, you know," Germain said, his eyes and voice filled with wonder from two decades ago. "Just the straight a cappella, you know. First time it play on radio anywhere in the world."

There was a live performance in short order at the Tamika Awards in New York. Buju and Glen Browne were flown to the US to perform the song, which was still unreleased.

"The night it mesmerise everybody, you know boss," Germain said emphatically. "Me mean mesmerise the whole auditorium. Is what the song a say, the words of the song."

Germain's voice is laden with emotion as he describes the effect and progress of Untold Stories. "When mama spen' har las' sen you go class/Never you ever play ... It's a competitive world for low-budget people, spending a dime while earning a nickel," Germain takes from lines from Untold Stories. "Them word no normal y' know, my youth."

"No matter what language you speak, and you hear that back-to-back in lines in a song, that must resonate with you inna your head."

"From that we knew we had a very good project," Germain said. "The last song we recorded on the album was Untold Stories."