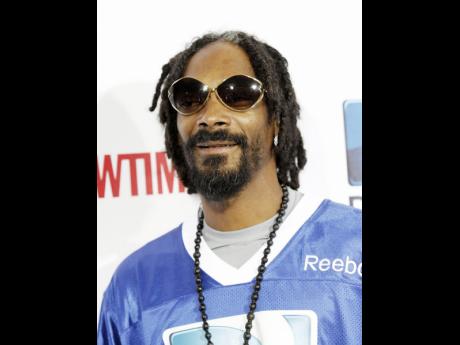 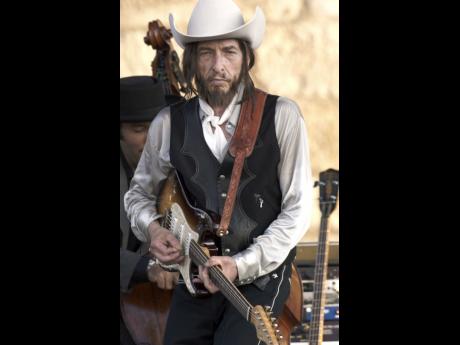 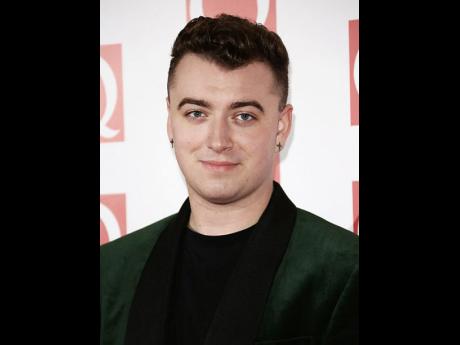 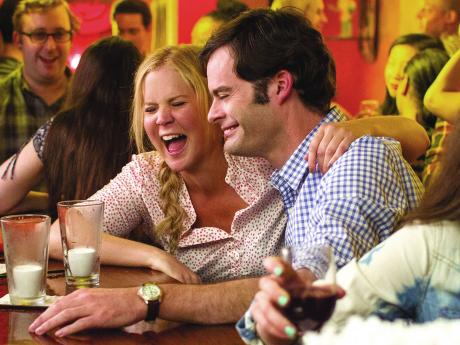 Contributed
Amy (Amy Schumer) meets a sports doctor (Bill Hader) who makes her question her stance on monogamy in Trainwreck. 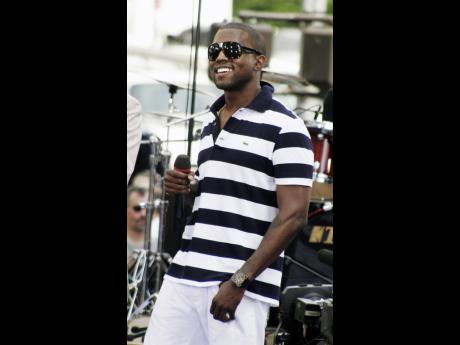 The Newport Folk Festival wrapped up its third day yesterday, with a celebration of Bob Dylan and the moment he went electric at the Rhode Island, New York, festival 50 years ago.

A secret line-up of around a dozen musicians was planned to close out the festival, so the audience would not know who was playing until they stepped on stage.

Festival organisers said that Dylan was invited but was not coming.

Also in town was the guitar Bob Dylan used to go electric at Newport on July 25, 1965. Musicians at the festival have been invited to play it. The guitar was sold to the owner of the Indianapolis Colts for nearly US$1 million in 2013.

No snooping in Sweden

Snoop Dogg has vowed never to return to Sweden,

The 43-year-old rapper ranted in a series of Instagram videos after he was arrested on suspicion of using illegal drugs and made to do a urine test following his show in Copenhagen on Saturday night.

In one of the clips, he said: "On my way to the police station in Sweden, sorry about that, all the fans in Sweden, I'll never be back in this country. Y'all can thank y'all police chief and all the police that run y'all police department. It's been real, thank you but I'm gone."

The Peaches n Cream hitmaker also accused the police of only pulling him over due to the colour of his skin and claimed he was "snatched" out of his car.

He raged: "In the police station, doing a report on me 'cause, profile, racial profiling. They came [and] snatched me out of my car, brought me down here.

"[They've] got me in the back of a police car in Sweden, pulled a n**** over for nothing, taking us to the station where I've gotta pee in a cup, for nothing, I ain't did nothing, all I did was came in this country and did a concert."

A police spokesman, Daniel Nilsson, explained Snoop - whose real name is Calvin Cordozar Broadus Jr - had "seemed to be under the influence", which is why they had taken him into the station. He said in a statement: "Police carrying out roadside controls noticed that Snoop Dogg (whose car was pulled over) seemed to be under the influence of narcotics. He was arrested and taken to the police station to take a urine test. The incident lasted several minutes. Once the test was carried out, he left."

No pre-nup for Moss

Kate Moss and Jamie Hince don't have a pre-nuptial agreement.

The supermodel reportedly has no financial agreement with her husband of four years, from whom she recently split, but is seeking "top advice" from solicitors in order to come to a sensible agreement.

A source revealed: "Kate has spoken to solicitors in London, but it is not clear how far things have got - she may just be getting her house in order. Although there is no pre-nup, her lawyers are the best and she will be getting top advice."

The 41-year-old star's The Kills guitarist ex is apparently uninterested in getting his hands on Kate's personal fortunes, which total more than £20 million for her companies alone. Instead, he is hoping for a "painless and quick" divorce.

A friend of the couple said: "Jamie doesn't want any hassle or fuss. And he certainly doesn't want her money. He wants the separation to be as painless and quick as possible. He's fond of Kate's daughter Lila Grace and hopes it can remain friendly and they stay on good terms. Making sure he doesn't take any of Kate's wealth is all part of that."

is desperate to hold on to his valuable

collection of vintage wines, which he is hoping Kate will let him keep. A pal told The Sun newspaper: "But what he does want to keep is his wine collection - that and a few other investments he has picked up, like a collection of antique books he has put together."

Sam Smith is "getting broody". The 23-year-old singer has confessed he is desperate to become a father after meeting an adorable toddler at one of his shows.

Along with a photo of himself with the tot, he wrote on Instagram:

"Met the cutest kid in the world last night. Getting BROODY!! I can't wait to be a dad one day (sic)."

His desire to become a parent comes after it was revealed he went on several secret dates with British reality TV star Charlie King from the show The Only Way is Essex earlier this year before they decided they had no chemistry, leaving the Stay With Me hitmaker

A source told the Sun on Sunday newspaper: "The pair went out together a number of times but always had to make sure they weren't spotted. They preferred going to low-key pubs in London or to Sam's apartment.

"The pair hung out to discover if they were compatible. Friends have said nothing romantic happened because they decided they were better off as friends. They enjoyed each other's company as both are quite deep individuals. They deliberately never took any pictures together because they wanted to keep it under wraps.

"Sam's schedule is incredibly hectic, so their dates were very sporadic. They mutually decided it wasn't going to work."

Amy Schumer claims being a celebrity is "quite embarrassing".

The 34-year-old actress' new film, Trainwreck, is impressing critics and doing well at the box office, but she insists she isn't comfortable with people knowing who she is.

She said: "It's not fun! I like writing and performing, but talking about myself is really not my thing. To be called a celebrity is quite embarrassing for me, to be honest."

But Amy wasn't scared to put herself out there emotionally in the film, which she also co-wrote. She told US OK! magazine: "I never hesitated to do this. I like being out there. Anybody who judges me, I don't want to be close to."

However, the actress, whose father has multiple sclerosis, doesn't expect her success to last. She explained: "I am warm and loving, but there is a side of me that always expects things to go wrong. Living with a parent who is ill changes your life in many ways. You have to learn to live in the moment. That's key in my life."

The comedian is set to open for Madonna at her New York concerts in September and says she won't hold anything back. Schumer said: "I will probably bomb, but I'm so excited. And I can tell you right now, it won't be PG-13."

Kanye West thinks he's a "bad celebrity". The 38-year-old rapper has joked he doesn't make a great star because of his unusual behaviour but believes his music makes up for it.

He quipped: "[I'm a] bad celebrity, but a pretty good artist."

The father of one made the comments while doing a talk with Steve McQueen at Los Angeles County Museum of Art to officially unveil a video to his tracks All Day and I Feel Like That.

Kanye - whose wife Kim Kardashian West is currently pregnant with their second child - also revealed why he asked the 12 Years a Slave director to work on the nine-minute video, which was shot in a single take in a dockyard in London earlier this year.

According to a report by the Los Angeles Time newspaper, the musician - who is gearing up to release his seventh solo studio album, Swish - also spoke about the music industry, art and his relationship with money and was unapologetic about his trademark rants.