Iakopo ready to take on the world 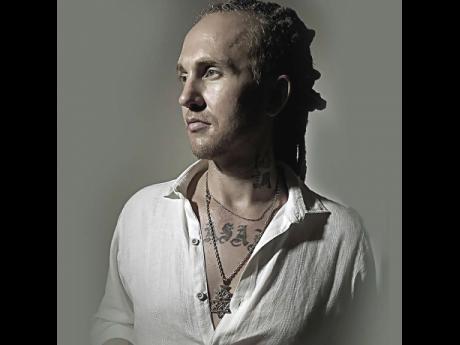 He was born in the USA, raised in Samoa and Hawaii, and became a star in Japan. Now, Caucasian pop reggae singer iakopo is planning to take on the world, launching his musical fusillade from the shores of Jamaica.

For the past five years, the multi-cultural entertainer recorded and toured exclusively in Japan under a record deal with Universal Japan that yielded several top 10 songs on that country's music charts. And even though he and his music are still in great demand there, when the contract expired in February this year, iakopo moved to Jamaica to plot his next move.

"My first stop was here in Jamaica and me and my team were planning what we were going to do. We have just completed the recording of my first official international debut introduction to the world; iakopo: The Introduction," he said, speaking exclusively to The Gleaner about his upcoming album while at Big Yard Recording Studios, where he continues to work on his music with a number of local producers.

Early after his arrival on these shores, iakopo recorded a couple of songs with Gramps Morgan, which he says are not going to be on the album. A video for one of those songs, Supernatural, was released recently. "We recorded the tracks at Tuff Gong, but did the mixing at Big Yard. The song has been getting a buzz from my fans. We shot the whole thing in Montego Bay. I got a great response from some directors. I feel really good about it. It's something for the fans. It's not going to be on the album, but it got enough buzz to where we had to do a video," he said.

For the album, he collaborated with a production team that included Stylez, Richie Loop and Magnedo7. "We went out to MoBay and got a mansion overlooking the ocean and sat down and vibed out for a couple of weeks and just made all the material out there. After that, we brought the project here to Big Yard and we voiced the project."

The album, he said, will have 12 or 13 songs which will be selected from 18 that were recorded for the project. The songs to be selected will be a blend of world music and pop music with reggae. "There are a couple of songs that have a tribal, African feel to them. We made all the music very organically. We had a few songs for the urban pop market," he revealed. "Because we were in nature, there is a natural, earthy tone to the album. It's really great."

The main single on the album is called Crazy Love. The song, he said, received a lot of positive feedback from programme directors in several major pop markets. "That one got a pretty big buzz," he said, attributing the feedback to the synergy he enjoyed with Richie Loop. "That was just us waking up early in the morning and just vibing to the music. It was really good energy."

His team plans to release the single by mid-August to mainstream radio, but they have no timeline for the release of the album. "I couldn't say for sure. It depends on what the response is to the song," he said.

Whatever happens next, iakopo doesn't see himself being far from these shores. "I have a place here. I have a place in Japan, but I like being here. I like working on my stuff here and working with the people here. They are very warm-hearted. I feel at home. I travel and stuff, but I don't plan on not being here for too long," he said.