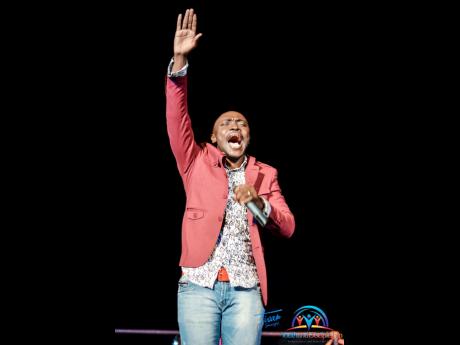 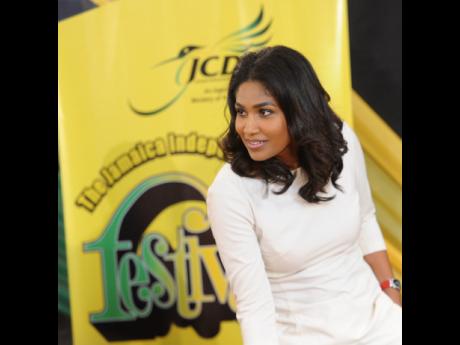 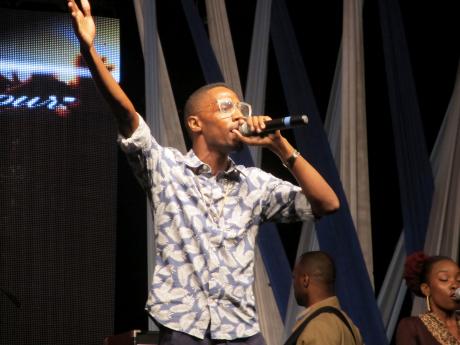 On Saturday night, 'worldlians' and worshippers alike offered up praises to the Creator all night long at the inaugural Kevin Downswell Live at Keesing. At the entrance, patrons got a taste of what it would be like on that great day, because security at the venue was so tight, no one could get past the gates if their names weren't on the list or if they didn't have a ticket. That aside, the concert lived up to the expectations of the many guests who showed up as empty vessels, but left with a feeling of joy and fulfilment.

Keesing came alive as hallelujah shouts filled the air, creating an atmosphere of worship that patrons craved. And although many came out to see Kevin Downswell, guests were treated to much more than just a one-man show. The evening's acts put on a versatile set, as there was everything from singing and dancing, to deejaying and poetry. Latoya HD was the night's opening act and she got things up and running inside the venue. Packing some serious vocal power, she got the crowd ready to get their praise on with an original piece, before taking things to a whole new level with You are God Alone. She had the audience out of their seats, singing along to every word before making her exit, clearing the stage for the next act, D Murphy. If you thought Latoya HD brought the energy, then Murphy raised the bar that much higher. The worshipful atmosphere was undeniable as patrons danced up a sweat with Murphy leading the charge. Declaring the stage his own personal dancehall, Murphy had guests trampling the enemy as they sang along to I command you Satan. By the time he was done, he had the crowd begging for more, but with several other acts waiting in the wind, he did not oblige.

On the Shout band was the next act to grace the stage and as the only band performing for the night, they opted to switch things up. Their acoustic set put guests in a reflective mood as they served up a heavy dose of social commentary mixed with praise. They made way for Omari. A clear crowd favourite, Omari got the crowd on their feet once more. His old-school gospel selections were just as much hits as his original numbers. He made way for the night's only poet, Latoya Hamilton. With originality and spunk on point, Hamilton gave a refreshing performance, delivering her pieces - Balance di Scale and Unique to You. She made way for the night's main act, Minister Kevin Downswell.

Opening with Fret not Thyself, the man of the moment had the audience's full attention from the minute he touched the stage, and he did not disappoint. Like Omari, he too belted out a plethora of old-school gospel hits and the audience loved every minute of it. He went on to deliver several of his hits, including Stronger and If it's Not You, but not before giving the audience a taste of something new.

Admitting that a new album was in the works, Downswell delivered a new song titled One Day. After a few times singing the first verse and the chorus, the audience were singing along as if it was a well-known song. It was clear, Downswell had the audience completely captivated and they didn't mind. In between delivering his hits, Downswell offered words of encouragement. He said that some people would leave in a different state of mind and a fresh perspective. Downswell preached the message of dry bones being brought to life again and by the audience's reaction, they welcomed the message. The concert was not the only thing that took place on Saturday night, as Minister Downswell also launched his book, The Search Continues...The Journey. The book has been endorsed by several influential persons, including Minister of Youth and Culture Lisa Hanna and popular media personality, Miss Kitty.