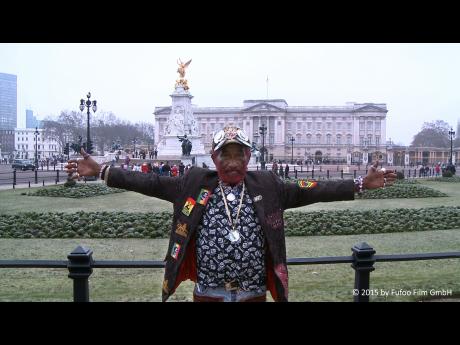 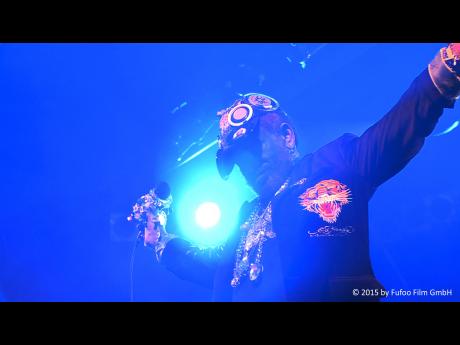 Contributed
Lee Scratch Perry's 'Vision of Paradise' will be screened at the CaribbeanTales Int'l Film Festival at the chic Royal Cinema, Toronto, Canada in September.
1
2

"CaribbeanTales International Film Festival (CTFF) continues to have its finger on the pulse of a dynamic movement of evolving film expression across the region and its diaspora," says founder and filmmaker Frances-Anne Solomon. "In just 10 years, a very short period of time, our film stories have matured to become stunningly assured, explosive, transgressive, probing, beautiful and urgent. And this is what we see represented on screen in this year's selections."

Running from September 9-19 at the chic Royal Cinema, CTFF's 10th anniversary edition will showcase a selection of Caribbean films from around the globe. These include 16 feature-length films and 30 short films in Official Competition for the CTFF Jury and Audience Awards, to be announced on the closing night - September 19.

From Jamaica, we have four amazing films. Three feature documentaries: The hottest and latest documentary making waves internationally on reggae legend Lee Scratch Perry, the king of dub music, titled Lee Scratch Perry's Vision of Paradise by Volker Schaner. There is also another music documentary, Jamaican Rhapsody by Paddy Hayes. And the talk of the town, the feature documentary, The Price of Memory on reparations by Karen Mafundikwa. The short film is from a local television series - The Jolly Boys by Rick Elgood.

CTFF's 2015 programming committee, consisting of movers and shakers from the Caribbean film community, has worked hard to put together a line-up that will surely wow audiences. The festival's uniquely themed programme consists of evenings of features and short films, including Caribbean SCI-FI, new exciting Caribbean science fiction stories; Vanishing legacies, covering important Caribbean traditions; Trini-to-the-Bone, a celebration of old and new Trinidad culture; Jamaican Symphony, legends and the best of the Jamaican music culture; Queer Caribbean; Shifting Perspectives, a partnership with the Rendezvous With Madness Film Festival that focuses on mental health issues; After The Exodus, exploring themes of reparations, slavery and trafficking; and #AllBlackLivesMatter - Caribbean, that addresses in fiction and documentary, the escalation of tensions between Haitians and Dominicans in the Dominican Republic.

The September 8-13 sixth annual CaribbeanTales Incubator Program (CTI) is an internationally recognised platform that offers selected filmmakers the opportunity to hone their creative and business skills, through workshops and one-on-one mentorships with world-class specialists. CTI will culminate in The Big Pitch, when participants present their developed film projects to international funders and buyers.

This CTFF and 10-year celebration is a first in Canada and the only one of its kind in North America devoted to Caribbean films - and is not to be missed.

The CTFF, now in its 10th year, celebrates the talents of established and emerging film-makers of Caribbean heritage who practise their art across the Caribbean Diaspora worldwide, including Canada and the Caribbean, Europe, the Americas, Africa, China, India and the Middle East. CTFF presents a multi-ethnic mix of exciting and dynamic films that showcase diverse shared stories and cultures.

CTFF is produced by CaribbeanTales Inc, a registered Canadian charity, that aims to connect people through film. The company's mandate is to foster and encourage intercultural understanding and racial equality, through the creation, marketing and distribution of film programmes, events and projects that reflect the diversity and creativity of Caribbean heritage culture.

As well as the CTFF, CT's activities include its renowned Incubator Program, community screenings and partnerships, and CaribbeanTales-TV, a video on demand platform. Past projects have included community and school screenings of the movie A Winter Tale; The Literature Alive Project (funded by Canadian Heritage) a multi faceted multi-media project that celebrates and features three generations of Caribbean Canadian literary achievement, from Austin Clarke to D'bi Young; the CaribbeanTales Youth Film Festival - Celebrating Black History Month (founded in 2009) and the CaribbeanTales Multi-media E-newsletter (since 2003).