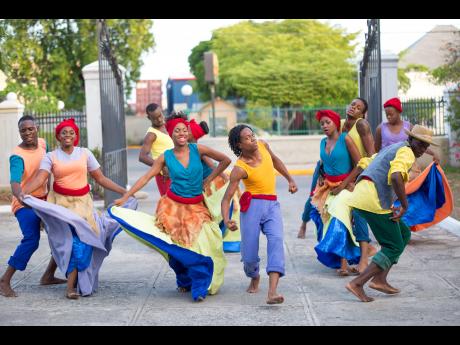 The Ashe Company is all set and ready to host the first staging of 'Ashe In Da Summer', the musical production featuring 'HUSH', the children's musical, as well as The New Faces of Ashe.

The musical production will be held at the Ashe Centre today at 6 p.m., as the closing-out production for their 20th Summer School, this year themed 'The Rights of The Child'.

The Rights of The Child Summer School, which began on July 6, features children from the age groups 4 to 18 years, and have focused on teaching children their rights and ensuring that they understand the responsibilities that come with knowing these rights. The campers have been undergoing training in dancing, singing and acting over the period. During this time, they have been creating a powerful children's musical, exploring children rights and protection.

The musical, called 'HUSH', will be featured in the first half of the show. The second half will feature some of the stronger camp performers joining The New Faces of Ashe, for a power-packed presentation.

Conroy Wilson, executive director of The Ashe Company and a resident judge on Digicel Rising Stars, says "Ashe has always been at the forefront of social change, using the performing arts, and 'HUSH', the children's musical, represents another voice in the cry for the protection and the acknowledgement of the rights of our children in Jamaica."