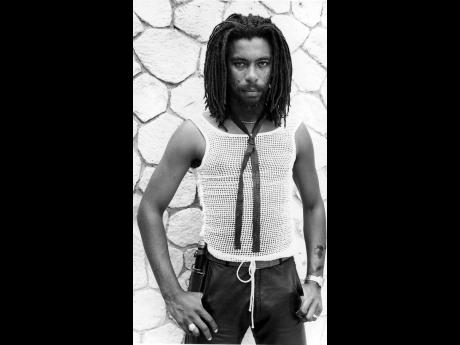 Tuff Gong International is launching its 'Masters Vault' series with the release of an album by the late reggae crooner Tyrone Taylor.

According to a press release sent to The Gleaner, the album titled Totally Tyrone, originally recorded and released in 1994, has been remastered and is now available on CD. Totally Tyrone is the first in a series of albums from the Tuff Gong catalogue of master tapes. Cedella Marley, who is the album's executive producer, signed Taylor to a three-album deal soon after becoming CEO of Tuff Gong in 1993. Marley said that with Taylor's already established fanbase, she believed that with the right team, he could take his career to the next level.

"Running a record company while also being a performer gave me a certain perspective about the kind of artistes that I wanted to work with," she said. "Tyrone had already had a following from the days of his classic hit Cottage in Negril and I believed with the right team he could take his music and career to another level."

Serving as the executive producer, Marley brought in Clive Hunt to produce the album. In sync with Taylor and Cedella's thoughts on the album, Hunt pulled together a team of musicians, songwriters and backing vocalists. The team included the likes of Sly and Robbie, Cat Coore, Wayne Armond, Pam Hall, Dean Fraser, Handel Tucker and engineer Errol Brown.

The album includes the lead single written by Taylor himself and served as a follow-up to his Cottage in Negril hit. Rainy Sunset, reached number three on the New York Reggae charts in October of 1994. The compilation also includes renditions of Bob Marley's Concrete Jungle and Talking Blues.

Tyrone Taylor succumbed to prostate cancer in December 2007. He was known for being one of the most soulful singers of his generation and the album, Totally Tyrone is said to represent some of his best work.

Tuff Gong - Masters Vault, will feature remastered recordings that have never before been available digitally. Three more titles from this series are set to be released throughout the month of August.