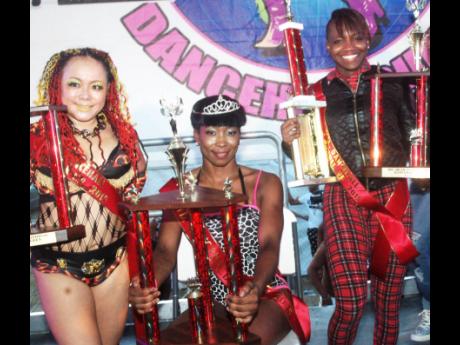 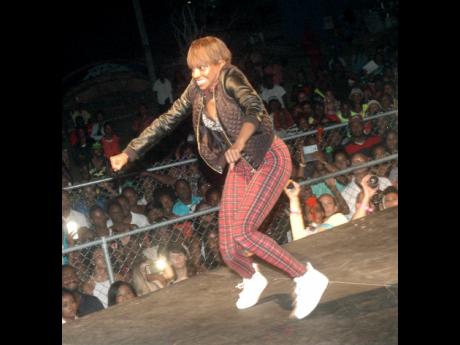 Twenty-year-old Kingston-based dance tutor Keisha 'Kiki' Rodney copped the coveted 2015 International Dancehall Queen title at the Pier One Complex in Montego Bay early Sunday morning when she emerged as a popular winner from the 36-strong international field, which saw contestants coming from all the continents.

"I am feeling really blessed this morning," said Rodney, who submitted her late entry just hours before the start of the contest. "I was in the Bahamas, and I only got here two days ago... . A friend called me shortly after I arrived and told me about the contest, and I just came down and registered at the last minute."

Perennial contender, Japanese dancer, Hirata 'Bom Bom' Masaki, who was quite a strong contender throughout, took second place, while first-time entrant Joan Mendy of French Guiana, who also endeared herself to the fans, took third place.

Mendy, who broke down in tears of joy while telling the fans thanks for the support they gave her, also walked away with the award for Best Dance Routine, while Tiffany Hewitt, who created the biggest stir of the night when she rode onto centrestage on the back of a donkey, took the Best Dressed award.

"It is just a joy to see what the International Dancehall Queen has evolved into," said Brian 'Big Head' Martin, the CEO of Big Head Promotions, the promoters of the annual event. "Of the 36 entrants, only seven were Jamaicans... all the continents were represented... this was as international as one could get."

The show, which started at 12 a.m. with the playing of the national anthem, rolled into top gear almost immediately, as in introducing themselves, the contestants all advertised their dancing prowess by demonstrating eye-catching dance moves.

The Japanese, who represented the continent of Asia, were the first to excite the crowd, as they capably demonstrated some of the red-hot dance moves now creating waves in the dancehall.

Ebony Richardson of the United States all but brought the house down when she brought on a life-size doll in an orange prison suit with the name Kartel written on the back. She proceeded to dance up a storm with the doll, gyrating seductively around the stage, eliciting loud screams from the fans.

Among the other gimmicks that generated significant applause was when a contestant lit the clothing around the area of her groin and danced around for a few seconds with a small fire between her legs.

In an unusual move, fans were treated to live vocal offerings as 2015 Magnum Kings and Queens winner Devin Di Dakta and the man he conquered, Fusion, both gave pleasing performances while the panel of judges who adjudicated the contest deliberated.

In between the break, between the top 21, top eight and semi-finals, patrons got the opportunity to let down their hair, as the Pure Player Sound System, which provided music, had them in a dancing frenzy with pulsating dancehall music.