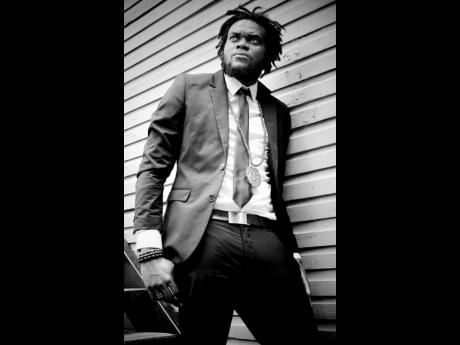 The album will be available on digital outlets like Spotify, iTunes and Sound Cloud. The artiste is also executing an all-island music tour in support of the project.

"We doing a 14-parish tour ... we did seven (parishes) in July, and from August to September, we will be doing another seven," said the entertainer.

Born and raised in August Town, Sacryfyce says, "Based on the struggle I endured being raised there, that is why I decided to call the album Ghetto Oxygen."

Reggae artistes are traditionally known to promote their albums in Europe before tackling the Jamaican market, but Sacryfyce says he wants to approach his music differently.

"Wi haffi dance a yard before wi dance abroad, and its good when our people can experience our music before yuh take it overseas. Jamaica has 14 parishes, and a lot of artistes are not known in all of them, so we are trying to connect with the fans here first," he said.

others. The shows in each parish will commence at 9 p.m., and according to Sacryfyce, "patrons can expect a good show, good performances and a good vibe with unity and positive energy. It has been a lot to put the tour together, especially because of the fact that we are based in Kingston, but we are grateful for the assistance that we have received. I have opened for I-Octane, Everton Blender and several other artistes, but now I think its time to launch out the right way, so that I can teach more and spread positive content, because this is not about the hype," said Sacryfyce.