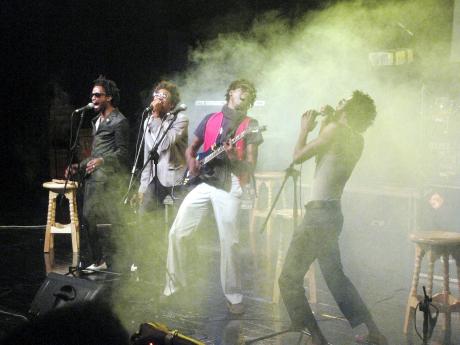 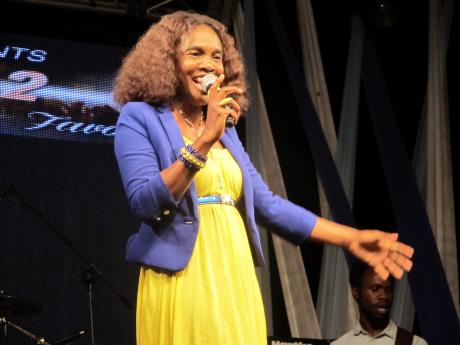 Emancipation Park was opened in July 2002 by former Prime Minister P.J. Patterson as a symbol of the country's freedom. Situated in the heart of New Kingston, the park came alive on Saturday evening as scores of patrons descended on the grounds to celebrate Emancipation Day at the Redemption Fest concert.

The park filled up as persons turned out in their numbers to relax and have a good time. Although the concert was the main event for the evening, there was much going on inside the venue as guests picnicked and played games, among other activities. When the concert started, however, it was clear what the people had came out for.

Starting promptly at 5:30 p.m., the activities got under way with prayer. Declaring Jamaica free for God and free to walk in her purpose as a nation, Cornetta Myrie delivered a powerful blessing, with host Emprezz and the audience agreeing that she kicked things off on the right note.

The first performers were children from the National Housing Trust's (NHT) after care programme. Despite the shy look on their faces, the children effortlessly delivered Louise Bennett's poem, 'Independence Day', much to the delight of the audience.

They made way for gospel artiste Elijah. Performing his original song The Bible, Elijah had the audience totally enthralled. Many were astonished at how lyrically potent Elijah is, as he was able to get through stories from all 66 books of the Bible in just three minutes. He exited the stage to a standing ovation, making way for fellow gospel performer Judith Gayle.

The seasoned artiste pushed things up a notch with her energetic set. As she performed well-known songs, such as More Than a Conqueror and Things Already Better, among others, members of the audience could not remain seated. Singing along to every verse, the audience members danced up a storm inside Emancipation Park. They enjoyed Gayle's set so much that after she was done they requested she return to the stage. Gayle obliged, coming back to perform another high energy song.

Carey Sayles, also a gospel artiste, was the next act on stage. He managed to keep the momentum going with a number of popular songs, including My God Is Awesome.

The crowd enjoyed the gospel segment, but they were also treated to a taste of Kumina courtesy of the Dust Till Dawn Culture Group. Their drumming stirred the folk spirit and had guests dancing to their mesmerising beat. The cultural exploration continued as band and dub-poetry group No-Maddz graced the stage. Known for their versatility, the band delivered a strong set. Performing original pieces such as Shotta and Romance among others, the group had the audience completely captivated from the moment they entered the stage and by the end of their performance the concert goers were left pleased.