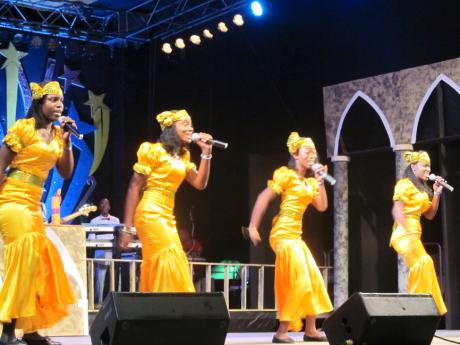 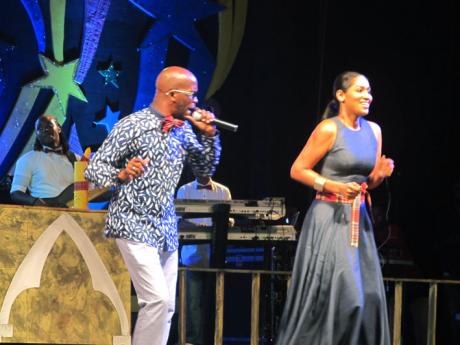 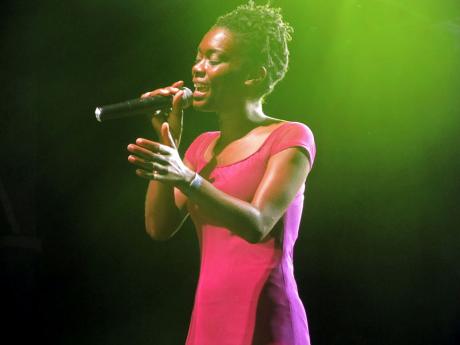 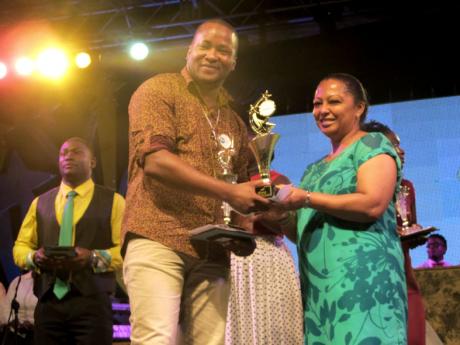 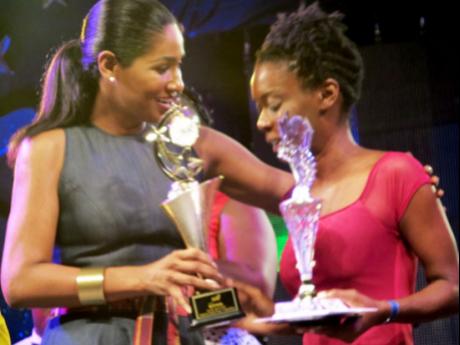 Diamara Neil-Walker sang her way to the top of the Jamaica Cultural Development Commission (JCDC) Gospel Contest on Sunday with God Is.

Completing the top three were Minister Treasure with Praise Him and Unique Harmony with Jubilee in second and third places, respectively. All received trophies, cheques and other prizes.

The Jamaica Gospel Song Competition Grand Final took place at the Independence Village, Ranny Williams Entertainment Centre, Hope Road. As accustomed, the stage (this time erected on the easterly section of the village with its back to the busy Hope Road corridor) was nicely decorated. There were tall columns on both sides and a platform at the back of the stage reminiscent of a pulpit. Combined, they captured the look and feel of a Cathedral. However, the absence of the usually deafening heavy bass line and a better controlled audience was a welcome change.

More importantly, the competing original songs and cover selections by the 10 competitors enhanced the religious atmosphere. It was far from boring, as the competitors performed songs in different genres such as mento and slow reggae, ministering to their fans.

The contestants made their first appearance wearing full white. With guest performer Michelle T as lead vocalist and costumed in contrast to the contestants, they gave a fine rendition of A Secret Place Where I Can Go.

In the previous week, they had been judged on lyrics and arrangement and on Sunday they were assessed on performance and musicianship. They were given two chances on stage.

The first was what host Markland 'Action' Edwards described as the "warm-up section". Nicely attired in costumes depicting the national fashion theme, Bandana and Denim, they gave a fair account of themselves with Jamaican gospel songs from artistes such as the Grace Thrillers, Junior Tucker, Jermaine Edwards and Omari.

In their second appearance, the proverbial gloves came off and each contestant sang their entry from the heart, conveying messages of hope and praise.

After a splendid performance from guest artiste Judith Gayle, the judges declared the top three, but not before the four sectional prizes were announced. The Spirit of Praise Award was bestowed on Brother Jeff, the Shepherd Brothers were the recipients of Peoples Choice Award, Minister Treasure won Best Performer and Neil-Walker Best Lyrics.

Despite winning that sectional prize the Marcus Garvey High School music teacher was taken by surprise when she was declared the overall winner. An overjoyed, Neil-Walker told The Gleaner that when her name was announced "what went through my mind was 'blessed and thankful' for the competition. Tonight and this year were hard, because each of the contestants put their all into their song. I don't think any of them went off the stage thinking I did it, because the person before gave 100 per cent".

This was perhaps due in part to the training process, as explained by Leighton Jones events coordinator, Gospel and Church Services

"It was really a good year - good year in terms of most of them [the contestants] were new to the music industry. But they were very willing to learn and eager, so the training process was tailored to them," he said.

And they seemed to have learned a lot. Although Neil-Walker would like to develop in the ministry and continue performing and writing songs that will engage the audience there is still some uncertainty. However there is a major thing that she has gleaned from the competition.

"The main thing I have taken away is being able to balance having a ministry and knowing that it is also a business. And you have to balance that in away that God is still glorified, but you are also wise," she said.